Marv and Maddy hope to leave their high-paying jobs and retire in 2020. Though neither has a company pension, they have substantial savings. He is 57, she is 56. They have a daughter, 21, who is living at home.

Marv will be walking away from $175,000 a year as a self-employed professional in the health-care field. Maddy brings in $180,000 a year from her management job. Maddy and Marv's Alberta condo is valued at $1.5-million, and they have a cottage in British Columbia worth $200,000.

Despite their high net worth, the couple still wonder whether retiring early is feasible. Their retirement spending goal is $120,000 a year after tax.

We asked Keith Copping, a fee-only financial planner at Macdonald Shymko & Co. Ltd. in Vancouver, to look at Marv and Maddy's situation.

Subtracting savings and debt repayment from spending leaves them with lifestyle expenses of $106,884 a year, which better reflects what they would need when they retire, the planner says. This is below their $120,000 spending target.

In preparing his plan, Mr. Copping made the following assumptions. Maddy and Marv will earn an average rate of return of 4.5 per cent on their investments; inflation will average 2 per cent a year; Marv will live to be 94 and Maddy, 97; both will start collecting Canada Pension Plan and Old Age Security benefits at the age of 65 or later, with both getting the maximum CPP benefit.

They will pay off their $75,000 line of credit before they retire. The calculations exclude the value of their home and cottage, which will form part of their estate.

Based on these assumptions, the couple will have after-tax income of $107,000 a year when they retire, Mr. Copping says.

This excludes possible inheritances of $300,000. If they work another two years, they will have $117,000 a year after tax, closer to their target.

"The analysis shows they are close to achieving their stated goal of $120,000 at age 60 only if the potential inheritance is included," Mr. Copping says. They may find they can get by with less. If instead they work longer, they will benefit both from extra income and from leaving their savings intact and generating returns for another couple years.

Because they have no work pensions, "the bulk of their retirement funding will come from their own investments, and some Canada Pension Plan and Old Age Security benefits," Mr. Copping says.

"Therefore, the risks of lower investment returns, higher inflation, and longer life expectancy are all major factors." (Maddy does not have a tax-free savings account because she is a dual, Canada-U.S. citizen and a TFSA complicates her U.S. taxes.)

As well, their big ticket expenditures could be higher for such things as travel, the planner notes. "Can they stick to a proposed spending target given they are used to high incomes and high discretionary spending?" Ideally, it would be best to have some margin of error in their estimates, he adds. "By retiring at 60 and 59, they could be retired and drawing on their savings for 30 or 40 years."

On the positive side, their real estate is not included in the analysis, "so they have $1.7-million in real estate assets that could provide significant financial security in case more funds are needed later in life due to higher costs, lower returns, or medical care," Mr. Copping says.

Marv and Maddy may have some cash flow that they are not accounting for.

"For the next two years, it is important to track expenses and make sure current spending targets can be achieved," he says.

Any surplus cash flow should go to savings or paying off their line of credit rather than spending.

At the age of 65, Maddy and Marv should convert a portion of their RRSPs to a registered retirement income fund (RRIF) so that withdrawals from age 65 on will qualify as eligible pension income for the federal pension tax credit of $2,000 each.

As they get closer to age 65, Marv and Maddy might want to explore deferring OAS and CPP to age 70 rather than taking it at 65, Mr. Copping says.

Without the possible inheritance, or working a couple more years, they fall short of their goal, but they may be able to get by with less. Track spending and consider deferring government benefits to the age of 70.

A path to achieving their retirement goals with room to spare. 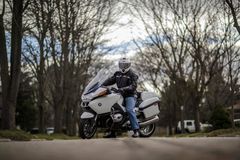 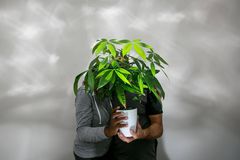 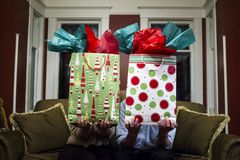