The following is an excerpt from How Not to Move Back in With Your Parents: The Young Person's Complete Guide to Financial Empowerment, by Rob Carrick.

Who doesn't think buying a house is one of the few total no-brainers in personal finance? Houses appreciate in value, sometimes at rates that make the stock market look comatose. At worst, a house is a forced savings plan that shows its value later in life, after you're retired and are ready to downsize. You'll sell your house, take away a big chunk of tax-free money and use it to top up your retirement savings.

This is the conventional wisdom on why buying a house is a great thing, and it's just begging to be challenged. That's the point of this chapter. I fully expect most readers will buy a home, and they'll be well prepared to do it after reading the next several pages. But at least they'll go in with a much clearer understanding that our national obsession with houses as an investment is potentially destructive.

It's hard to think of an adult rite of passage as universally and enthusiastically supported as buying your own home (house or condo). People of all income levels and cultural backgrounds want to own a home. There is no influential anti-home ownership faction to be found anywhere.

There are lots of reasons for this, the first being that it's a basic human instinct to want your own space. There's the greed aspect — houses have been unbelievably good investments in some cases, and new buyers have hopes of making out similarly well. Housing is also a huge part of the economy, so it's naturally looked upon favourably. Home ownership is also a value pushed by governments. That's why we had thirty-five- and forty-year mortgages for a while here in Canada, and why zero-down mortgages were briefly allowed. Houses were getting expensive and people needed help to buy them. The government delivered.

Renting a home has . . . well, a low-rent feel to it. It suggests impermanence, shiftlessness, a sense of settling for second best. It's an uninformed prejudice that we would do well to get over because it's preventing people from making smart decisions about whether buying or renting is a better option.

• Houses are always a good investment. People usually say this after a stretch of years in which house prices have soared, just as they get excited about stocks after a few good years for the markets. Houses can be a good investment, but a lot depends on when you buy and where you buy. Big, growing cities are better than small industrial towns in decline. That said, you can lose money in big cities, too. When my wife and I were looking for our first home in Toronto back in the early 1990s, we viewed several houses put on sale by people who had paid top dollar in the late 1980s and then watched the value of their home plunge below what they owed on their mortgage. Between April 1989 and February 1996, the average resale home price in Toronto fell to $192,406 from $280,121, a drop of 31 per cent.

• It's smart to buy as much house as you can afford. Building on the previous myth, this old bit of nonsense is based on two often erroneous ideas: one, that bigger houses are always better; two, that your house will become more affordable over time (ignoring such matters as slow wage growth, inflation and the cost of having kids).

• Your house will pay for your retirement. The thinking here is that you'll sell your house for a big whack of tax-free money (you generally pay no tax when selling your principal residence), carve off a piece to buy a condo or a cute little bungalow and then invest the rest to pay for a carefree retirement. The flaw in this plan? So many people have done this that the price of condos and cute little bungalows has soared. You'll probably have some money left over when you sell the family home and downsize, but it won't be a big factor in your retirement savings.

Buying a home is the best move for the most people. Not from a financial point of view necessarily, but because of the quality of life. Raising kids in a nice house in a pleasant neighbourhood near good schools is, for many people, a big part of what defines a life well lived.

If you can comfortably afford a house — and we'll look at that in more depth shortly — then I suggest you think hard about buying one. Certainly, your parents and friends will think it's the right move. But if you can't afford a house, or if you're uncomfortable with the financial load you'll have to carry as a homeowner, then please give renting some thought, because it could save you from financial hell.

As I wrote this, the housing market in Canada was just coming off a ten-year period in which prices had appreciated at an average annual rate of 8.3 per cent, enough to turn a home bought for $300,000 into one worth $665,895. Very few first-time buyers were able to buy anything without choosing the maximum thirty-year amortization, and even minimum 5 per cent down payments were a struggle to put together in many cities. The only thing keeping the housing market going was low interest rates, a temporary stimulant applied by the Bank of Canada to support the economy.

Higher interest rates were inevitable back then; the only question was when increases would start kicking in. Higher rates make houses more costly — surprisingly so. In fact, higher rates can have more of an impact on affordability than falling prices.

At the time of writing, the national average house price was $344,550. With a five-year fixed-rate mortgage at 3.9 per cent and a 10 per cent down payment, you'd be looking at payments every two weeks of $823 (includes mortgage loan insurance and a twenty-five-year amortization). Now let's jump forward a year and imagine that rates have climbed a full percentage point and prices have fallen 5 per cent. You're now buying a $327,322 house and taking a five-year mortgage at 4.9 per cent. The new biweekly payment: $865, which plays out to $5,460 or so more in total payments over the five-year mortgage term.

If interest rates are on the rise, then rushing into the market to avoid still-higher rates down the line seems the right move. The same logic can be applied to a market where prices are soaring. You may feel you have to dive in and claim a house you can barely afford or you'll never get into the market. I understand that psychology of rushing to buy, but it's not the right move unless you can properly afford to buy. If you lack the financial muscle to buy, then rent until you do.

Too often, the buy-vs.-rent argument is framed as if you'll be renting in perpetuity. I prefer to think of renting as a short-term option for people who cannot comfortably afford to be homeowners. Rent, live frugally so you can build your down payment and then make your move. Don't buy before you're ready, because owning a house is more expensive than you think (we'll look at all the various costs of buying and owning in a moment).

Excerpted from How Not to Move Back in With Your Parents: The Young Person's Complete Guide to Financial Empowerment. Copyright © 2012 Rob Carrick. Published by Doubleday Canada. Reproduced by arrangement with the Publisher. All rights reserved. 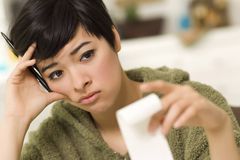 The banking blunders that snare young people
May 11, 2018 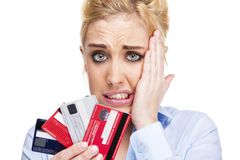 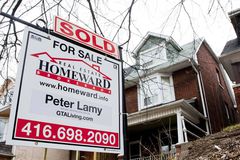 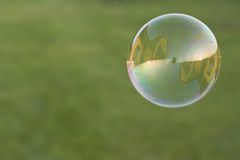 For first-timers, finding the right home is a daunting task
May 3, 2018 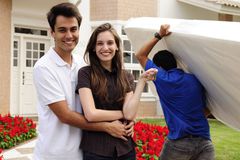 Real estate as an investment? Look elsewhere
May 3, 2018 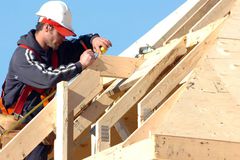 Why the latest mortgage war was months in the making
May 3, 2018 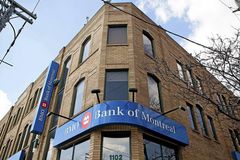 Five questions to ask before selling your house
April 23, 2018 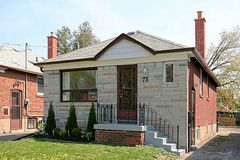 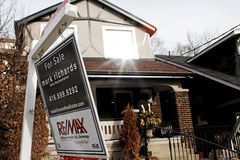 Follow Rob Carrick on Twitter @rcarrick
Report an error
Due to technical reasons, we have temporarily removed commenting from our articles. We hope to have this fixed soon. Thank you for your patience. If you are looking to give feedback on our new site, please send it along to feedback@globeandmail.com. If you want to write a letter to the editor, please forward to letters@globeandmail.com.
Comments