It's one thing to read investing tips from the pros. They do this stuff for a living. But ordinary folks can teach us a lot about achieving financial independence, and today we've got three examples to prove it.

Each of these small investors has taken a slightly different route to building wealth, but one thing they have in common is that they came up with a system - often after much trial and error - and stuck with it.

One is a classic index investor who buys low-cost exchange-traded funds and doesn't believe in trying to beat the market. Another is a dividend growth investor who buys companies with a track record of increasing their payments to shareholders. The third is a stock picker who owns a mix of dividend and growth companies.

What their stories show is that there is no single way to achieve financial success. Rather, the key is to find a strategy that suits your temperament, is relatively easy to implement and doesn't carry an excessive amount of risk, so you won't bail out when markets get volatile. The other important ingredient in all three strategies is time.

Graeme Tweedie made some "classic mistakes" in his early years as an investor. He got burned by a penny stock that an associate had recommended. He bought a mutual fund that had shot the lights out one year only to watch it trail the index the next. And he once got bitten by the rising Canadian dollar on a fund that invested in the United States.

"So I learned that trying to avoid exchange rates is a good idea, following hot mutual fund managers is a mug's game and that investing in individual stocks was risky," says the retired Canadian naval officer, who lives in Halifax.

Ultimately, those experiences helped shape Mr. Tweedie's indexing strategy. He also took financial planning courses and read several books, including The Power of Index Funds by Ted Cadsby and All About Asset Allocation by Richard Ferri.

After he retired in 2007, Mr. Tweedie sat in his dining room for hours crunching numbers. "I got all the annual index results for the last 20 years and I built a spreadsheet where I could plug in various asset allocations for equity and fixed-income percentages, with the equity further subdivided into Canadian, U.S. and international," he says.

Based on his calculations, he determined that the best-performing equity allocation over the previous 20 years was a 50-50 split between Canadian and U.S. indexes. He then used that information to set up his current portfolio.

His equity exposure - which makes up 40 per cent of his total portfolio - is divided evenly between the iShares S&P/TSX Capped Composite Index Fund (XIC) and the currency-hedged iShares S&P 500 Index Fund (XSP). In keeping with his low-cost strategy, the ETFs have management expense ratios of just 0.25 per cent and 0.24 per cent, respectively. To take advantage of compounding, he reinvests dividends in additional units.

For the fixed-income portion - which accounts for the remaining 60 per cent of his portfolio - he uses a ladder of guaranteed investment certificates with maturities ranging from one to five years. To make sure his GICs are covered by Canada Deposit Insurance Corp., he's careful not to exceed the $100,000 limit with any one financial institution.

The 60-per-cent weighting in fixed income is based on his age - he's 57 - and risk tolerance. "The fixed income-to-equity ratio is the most critical part for risk reduction," he says. "A simple stress test for any investor is to assume a 50-per-cent [drop]in equities and … see how you would feel if your investments were reduced that much."

Because of his hefty fixed-income weighting, if the value of his stock market holdings were cut in half, his portfolio would fall by just 20 per cent - a serious haircut, but not a reason to panic. "So far so good, and I sleep well," he says.

As a 60-year-old, self-employed art dealer in Toronto, Christopher Varley won't have a company pension to fall back on when he retires. So his investment plan is geared to building a solid - and growing - retirement income for himself and his wife.

With that goal in mind, he buys stocks with a track record of increasing their dividends. His holdings include Canadian Utilities Ltd., Enbridge Inc., Toromont Industries Ltd., TransCanada Corp. and Fortis Inc.

He's also a big fan of dividend-paying U.S. consumer companies that derive a chunk of their revenue from abroad, such as McDonald's Corp., Colgate-Palmolive Co. and Procter & Gamble.

Excessive trading "is just a fast trip to the poor house," he says. That's why he buys and holds dividend stocks for the rising income. Using a full-service broker who charges a 1-per-cent commission to buy or sell also discourages him from active trading.

Paying a full-service broker "might sound stupid, but I only make a few trades a year, so the cost is a tiny fraction of my total portfolio. And my adviser provides additional services gratis [such as analyst reports]and answers questions," he says.

Mr. Varley started buying dividend stocks in the mid-1990s and got his "first big break" during the technology bubble.

"When the 'smart money' dumped their 'boring' bank, telecom, pipeline and utility stocks to pay for tech stocks, I happily bought their castoffs," he says. "Needless to say, I was the one who made the money."

Now, the portfolios he and his wife own generate about $52,000 in dividends annually, and that income is growing about 7 per cent a year. About one-quarter of his portfolio is in cashable GICs, largely because he needs to stay liquid for his art business and because he's always looking for opportunities to buy dividend stocks at attractive prices.

He likens his approach to owning an income-producing apartment building. As long as the rental income is growing, it doesn't really matter whether property prices are rising or falling.

"Would you panic and sell if local real estate prices fell? Of course not, but that's how most people view equities," he says. "They're constantly trading."

Silke Rudelbach bounced from one adviser to another over the years, never satisfied with the service or returns she was getting. So after the financial meltdown of 2008 and with her portfolio in a serious slump, she took a deep breath and decided to start managing her own money.

For diversification, she also owns several investment real estate properties. "I just believe in real estate. I come from Germany. When I left it 30 years ago it was not a society where you made your money on the stock market," she says.

Becoming a self-directed investor was one of the best decisions she's made, she says.

"Taking responsibility for myself was a very good feeling," she says. "There are so many people who just don't want to be bothered. They know they have to invest but it is so overwhelming. They think, 'Oh no, I can't do it myself. I need somebody who does it for me.'"

To stay on top of her portfolio, she maintains a binder with articles sorted alphabetically by company. If she has a question, she e-mails the company's investor relations department for an answer.

She steers clear of bonds, because interest rates are so low. Instead, she is willing to accept the stock market's short-term volatility in exchange for the higher long-term returns it delivers. Being patient and having faith in the market are key planks in her investment plan. "I truly believe if it goes down it will go up again," she says.

She also believes in automatically reinvesting dividends, which reduces brokerage fees and gives her a sense of satisfaction as the number of shares gradually grows.

Another important factor in her financial success has been her ability to save. It's a habit she learned in Germany where the government and employers had generous contribution-matching programs that encouraged people to sock money away.

She's maintained her frugal ways in Canada. Instead of owning a car, for instance, she takes public transit and puts the savings into her real estate investments. "Every time I had the money for a car, I bought a condo instead," she says.

As for managing her own investments, she's more convinced than ever that she made the right move.

"Brokers are only salespeople. They only have their own interest in mind, unfortunately," she says. "I just looked at my portfolio and I'm so happy. It's doing very well."

Why advisers may not set you on right retirement path
January 5, 2011
A peek into the coming year through wealthy lenses
December 26, 2010 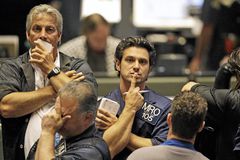 Wealthy want advisers to show them the money
September 1, 2010 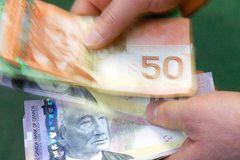 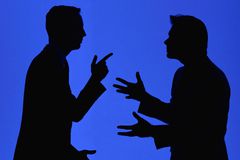