Ever since the venerable RRSP got some tax shelter competition in the form of the TFSA, Canadians have wrestled with the question: Which works best for my situation?

The reality is there is no easy answer. The pay-tax-later benefit of RRSPs makes the most sense for those who earn a mid-to-high income today, according to the experts, while TFSAs can work best for the young and those nearing retirement. They add, though, that situations change, even year to year.

A dramatic (and welcome) change that has meant a rebalancing of savings priorities is exactly the situation Balance Junkie personal finance blogger Kim Petch and her husband found themselves in over the past year.

Married with three teenage boys, the couple last year made paying down the mortgage their top priority. In addition, they aimed to maximize their TFSA holdings because they had a decent amount already saved in their RRSPs.

Since then, Kim's husband took a new job, necessitating a move from their nearly paid-off Windsor home to new place with a larger mortgage in Cambridge, Ont. Because their income is also higher, the couple have decided to devote more of their savings to RRSPs and RESP education plans for their boys. The 2011 priority of maxing out their TFSAs will have to wait for a bump in income in the future.

The choice people must make between the RRSP and TFSA, not to mention RESP contributions or paying down the mortgage or other debt, is a decision that "is intensely individual," says Anthony Windeyer, a certified financial planner with Coast Capital Savings of Vancouver. "It is all situational" and is best determined after an examination of a clients assets and liabilities.

"Sometimes you can do some fairly simple things to save some people an awful lot of money," said Mr. Windeyer, who gives the example of people holding high-interest credit card debt. It can also be more subtle, such as clients who believe they are doing the right thing by parking money in a TFSA or standing savings account generating very little in interest while paying much more interest for a personal loan or mortgage. "In essence the financial institution is lending them their own money."

For Mr. Windeyer, the TFSA may make more sense than the RRSP for those in their early working years when they are in a low tax bracket and, at the other end of the age spectrum, those nearing retirement who are similarly not making a high income. "If they put it into a RRSP for instance, it would reduce any entitlements that they had such as the GIS (Guaranteed Income Supplement)."

While the Vancouver adviser stressed that the decision-making process varies depending on individual circumstances, not all financial professionals are in the same camp since the introduction of the TFSA.

"There are only a small portion of the population that RRSPs make sense now that we have the TFSA to shelter investment growth," said Frank Wiginton, a financial planner with TriDelta Financial of Toronto and author of the book How to Eat an Elephant: One Day a Month to Financial Success.

Mr. Wiginton created an online calculator (www.RRSPorTFSA.ca) "to help people better understand this after being brainwashed for so many years by the RRSP product sellers," he said.

For him, the advantages of the TFSA (no tax implications in retirement and flexibility) outweigh the tax-deferral pluses of the RRSP. "The only time RRSPs make sense is when income is greater than $108,000 and you know that your tax rate in retirement will be lower than during working years."

Mr. Wiginton does encourage people to participate in company pensions and Group RRSP plans – "up to the point where you get the maximum match from your employer and then stop and put the balance into TFSA."

Jim Yih, an Edmonton-based financial educator, worries that the TFSA-first camp underestimates how many people will dip into their tax-free accounts over time (which is less easy to do with RRSP accounts) and that people overestimate the government claw-back of benefits in retirement which tilts them against RRSPs.

"It's just too easy to withdraw money from the TFSA and spend it," Mr. Yih said. "Something always comes up. The furnace breaks down, the car needs to be fixed, you need a new fridge, my child needs braces." Because Ottawa makes it "painful" to take out money from an RRSP while you are employed by counting it (and taxing it) as income, people are far less likely to use that tax shelter as a super piggybank like they might with a TFSA.

"People with pensions seem to have the most money in retirement but would they have saved that money if it was not mandatory to do so? I ask people that question all the time and everyone says no," Mr. Yih said. "It takes a lot of discipline to put money into a TFSA and not touch it for retirement."

The Edmonton expert believes that RRSPs have gotten a bad rap of late. "I am not anti-TFSA, I just think too many people are blindly suggesting that the RRSPs are crap. They are not, they are wonderful vehicles if you just know how to use them."

Even though RRSPs have been around for decades, some are still confused how they work and how they build savings for retirement. Simply put, RRSPs were created to encourage people to save for the future by allowing them to defer the payment on tax on their income until retirement (or some earlier date) when their tax rate is expected to be lower.

Many people who dismiss the RRSP as a retirement-savings option over estimate what their marginal tax rate will be in their golden years and believe it will mean benefits such as Old Age Security payments will be clawed back because their retirement income is too high.

"I hear that a lot in my work shops," he said. "I think the stats right now [show]less than one per cent are being clawed back and the ones that are typically are the ones that are still working past 65. As well, people often fail to consider the ability by retirees to split pension benefits with a spouse and lower the income of the higher earner."

In the end, then, those who downgrade the RRSP are worried about a too-prosperous retirement. "It is pretty rare that a 65-year-old has a consistent regular income greater than $70,000," Mr. Yih concluded.

How RRSP payments can help seniors with benefits
February 24, 2012 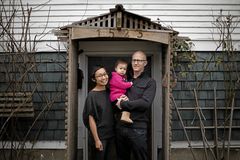 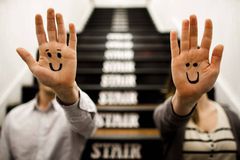