You've saved for retirement most of your adult life and now it's time to begin drawing on your stash. Where to start?

You might have a pension – a defined-benefit plan indexed to inflation, or a defined-contribution plan tied to financial markets. You might have money coming in from the Canada Pension Plan and Old Age Security. Then there's your registered retirement savings plan, your tax-free savings account and your investment portfolio. Those whose income is very low will qualify for the Guaranteed Income Supplement.

How to draw on this money most efficiently depends largely on your income tax bracket, both now and in the future, financial planners say.

"The rule of thumb is to pick a path that gives you the least bite from the taxman," says Warren Baldwin, regional vice-president of T.E. Wealth in Toronto. If you are in between careers and planning to ease into early retirement, your income may well be lower or the same as it will be when you begin getting full government benefits at age 65. This presents a planning opportunity.

"It's a balancing act between withdrawing income now at a modest tax rate or keeping the (RRSP) tax deferral going and paying tax at a higher rate later," Mr. Baldwin says.

In most circumstances, the conventional rule still applies, says Ross McShane, director of financial planning services at McLarty & Co. in Ottawa: You draw on your non-registered portfolio first, then your TFSA and finally your RRSP/RRIF. But with more people opting for buyouts, early retirement or second careers – events that lower their tax rate temporarily – opportunities abound for "smoothing" your income over your lifetime to minimize taxes.

Here are some strategies worth considering for people in different tax brackets.

Suppose you have more money in your RRSP than you will spend in your lifetime. When you die, the money will pass tax-free to your spouse if you are married. When your spouse dies, or if you are single, the proceeds of your RRSP will be treated as income in the year you die and taxed at the top marginal rate of 46.4 per cent. To enjoy more of your wealth, you might retire earlier than you otherwise would so you accumulate less money, financial planners say.

"If you see you are going to have a lot of income coming out of your RRSP, maybe you can take some action now to minimize the impact," says Howard Kabot, vice-president for financial planning at RBC Wealth Management. "You could stop working and melt the RRSP account down so that when you started withdrawing the minimum amount of money from your registered retirement income fund (at age 72) your income would not be as highly taxed," Mr. Kabot adds.

If you retire in your mid-50s, for example, you can draw from your investments and savings until your government benefits begin.

The same might apply if you have reason to believe you won't live as long as the actuarial tables indicate. "You could pay a large part [of your RRSP]to tax if you die prematurely," Mr. McShane notes. If you are below the top marginal tax rate, you could avoid a big tax hit on your estate by shifting money gradually from your RRSP to your tax-free savings account or your non-registered portfolio. This way, more would be left for your beneficiaries.

Health issues could also be a reason to begin receiving Canada Pension Plan benefits at age 60 rather than 65 despite the hefty penalty.

Suppose you have a work pension as well as an RRSP and government benefits. You want to keep your income below the threshold (about $67,000) at which Old Age Security benefits start to be clawed back through income taxes.

"If you have a couple or an individual in the early stages of retirement, they might want to dip into their RRSPs and pay a bit of tax today knowing their taxable income will be low enough later to preserve the full OAS," Mr. McShane says.

Even before you retire, if you find yourself in a lower tax bracket – perhaps as a result of being laid off, taking a buyout or early retirement – it might be an ideal time to de-register some savings. "The key is understanding how your tax brackets are going to change over time," Mr. McShane says.

Another reason middle-income earners might want to tap into their RRSPs may be lifestyle, Mr. Baldwin says. People are retiring earlier and travelling or embarking on new ventures, so they want to spend more money in the early years. As they get older, they likely will spend less, so their demands on their RRSPs/RRIFs will be lower.

People who don't have company pensions may want to convert a portion of their RRSP to a RRIF ahead of the (age 71) deadline to take advantage of the $2,000 federal pension tax credit, Mr. McShane says. The idea here is to shift enough money from an RRSP to a RRIF to create a tax-free income stream of $2,000 a year for each taxpayer – twice that for a couple.

The main consideration for low-income earners with no work pensions will be to take advantage of the federal Guaranteed Income Supplement. This can be an issue for low-income people with RRSPs, however modest in size.

Money withdrawn from an RRSP to supplement government benefits could push a person beyond the GIS threshold. Similarly, when the RRSP is converted to a RRIF and mandatory minimum withdrawals begin (at age 72), the income could wipe out part or all of the GIS. This is not the case if the savings are in a TFSA because money withdrawn from a TFSA does not affect income-tested government benefits. 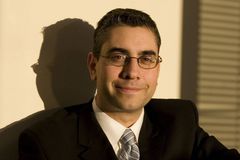 Top fund picks for both the conservative and aggressive
February 13, 2012 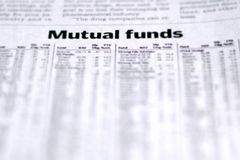 A retirement plan if you missed the bulletin to save
February 10, 2012 An early bird that built a comfortable nest
February 10, 2012 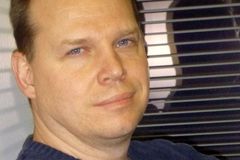