As they embark on their life together, Aaron and Bev have big dreams – and big debts.

"We're definitely dreamers," Bev writes in an e-mail. "It's fabulous." He is 29, she is 30. They started dating about two years ago, shortly after Bev cancelled her wedding – a move that cost her about $20,000. "The price of happiness," she writes.

Bev and Aaron are teachers, earning a combined $131,000 a year. They also do some tutoring, which will bring in about $5,000 this year. This extra money will help pay for their honeymoon, a budget trip to Europe next summer. One of their wedding gifts was a stay at a friend's house in Tuscany. As well, their house needs some work – new wiring, renovating the kitchen and bathroom – and they're thinking about having children in a couple of years.

Those are the dreams. The reality is that they have a lot of debt to pay off, Bev acknowledges. The mortgage, his line of credit, her line of credit and their joint line of credit all add up to $474,510. They plan to shorten the 35-year amortization on their mortgage when it comes up for renewal in four years.

"In the past, we haven't been the best savers," she says, but they are taking steps to change that, consolidating debts and putting their one remaining credit card on ice. They converted their basement to an apartment that they rent out for $700 a month.

"What we don't know is how best to attack our debt," she adds. "We need a strict plan. We are reaching out for a savings diagnosis that we can follow."

We asked Stephen Osborne, a financial planner at E.E.S. Financial Services Ltd. in Markham, Ont., to look at Bev and Aaron's situation.

Because Bev and Aaron's three separate lines of credit bear similar interest rates, Mr. Osborne suggests they focus on paying off one as soon as possible so they will have one less debt to worry about. Paying down the lines of credit should take priority over paying down the mortgage because it will give them more flexibility. They can vary their payments, and they can readily borrow again in case of an emergency. As well, the interest rate on their mortgage is lower.

Their cash flow statement indicates that Aaron and Bev may be able to pay more toward their credit lines than they are now. "If that ends up being the case in reality, they can use the surplus to make an additional payment against the debt," Mr. Osborne says. Like most people, though, Aaron and Bev say they don't track their expenses all that closely so their surplus cash flow may be illusory. The $25 a month Bev is contributing to her registered retirement savings plan may be better off directed toward paying off debts, the planner notes.

At the rate they are going, Aaron's line of credit should be paid off within two years, at which point they can divert their cash flow toward paying off Bev's line of credit, which they figure to have paid off in four years. They can then turn their attention to the joint line of credit, which they will have drawn on to renovate their house to the tune of $25,000 for the kitchen, $8,000 for the bathroom and $6,000 for new wiring. If they redirect the money they are paying on their separate credit lines, they should be able to pay the joint line off in a little more than seven years. "Then they can turn their attention to their mortgage."

Concerns about retirement are not pressing now because as teachers, if they work until age 55, their retirement income will be 60 per cent of their working income, Mr. Osborne notes. Because they are spending 40 per cent of their income now on debt repayments and pension contributions, in retirement they would not need to cut their standard of living.

In his analysis, Mr. Osborne listened to Bev's request for a plan they can follow; hence his plan has considerable leeway. The two are five years into a 10-year series of salary increases, income for which they haven't made any commitments. He suggests they increase their debt repayments in line with their salary increases. If, or when, they have children, they will need to revisit the plan to account for parental leave and increased expenses.

The planner assumed the $600 a month the couple is saving toward their European trip will become an ongoing expense, either for vacation or something else. He treated the income from tutoring as "found money." That way, if they continue to earn a little extra on the side, they can spend a bit more without compromising their other plans. As well, he treated the $400 month they set aside for emergencies as an ongoing expense. "If they are truly saving this money, they would be able to pay off the lines of credit even sooner."

In what order to tackle their debts, renovate their house, build an emergency fund and begin saving.

Pay off the "his and hers" lines of credit, one first, then the other. Borrow on the joint line of credit to renovate the house, now or later, then strive to repay the loan, which will take a little more than seven years. Next, focus on paying down the mortgage. Use line of credit as an emergency fund.

A long-term debt reduction plan that, if adhered to, will lead to a comfortable home, a steady lightening of the debt load and thanks mainly to their teachers' defined-benefit pensions, a financially secure retirement as well.

Early retirement would leave little room for extras
May 3, 2018 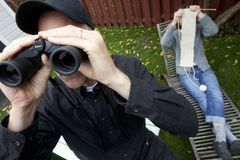