With entire websites dedicated to explaining how to tip restaurant servers and other service people, you would think there would be a definitive, agreed-upon protocol.

I've even seen some questionable rationales supporting a standard 20-per-cent tip these days, such as inflation. Clearly some people have a poor grasp of how percentages work: If the food bill is up because of inflation, 15 per cent of a larger bill works out to a larger tip.

Most people's tipping habits tend to mirror their parents'. If your parents tipped on alcohol at the bar but not at a table in the lounge, that's probably what you'll do too. If 15 per cent on everything was their standard practice, it'll likely be standard practice for you, too. Personally, I try to follow a convention that good service earns 15 per cent (calculated before tax). Exemplary service can warrant up to 20 per cent, and if service slips below standard, the gratuity can drop to 10 per cent. Truly awful service can certainly result in no tip, but that requires negligence or unacceptable behaviour beyond a doubt. That's happened maybe twice in my life.

I will note that with the advent of debit and credit-card terminals, the automatic tip option can leave you with unintended results. While out for lunch recently, my girlfriend noticed that when she selected the convenient 15-per-cent tip option on the handheld terminal, it added 15 per cent on top of the entire bill, including tax.

When I've mentioned this observation to other people, most also indicate they don't like the idea of tipping on taxes.

And there's another reason to abandon the preselected gratuity option: I've caught myself embarrassed at how low the tip is in some instances when I haven't ordered much to eat or drink.

Digging through past restaurant receipts, I separated the bills with manually calculated tips from the ones paid by debit card (all using the automatic 15-per-cent option). Generally speaking, on bills under $40, I was uncomfortable with how little the 15-per-cent tip option came out to be, with the discomfort inversely related to the total bill amount. In one case, at an all-you-can-eat sushi restaurant, a lunch bill came out to roughly $12. Great deal for me, but not so great for the server, who got the automatic $1.80. On bills under $10, I noticed that my tips are never less than $3, and can be as much as $5. Going by percentage, I'm tipping 30 to 50 per cent on the entire bill including tax when I manually add the tip. That blows away the 10- to 20-per-cent rule of thumb. But we're only talking a loonie or a toonie difference. And in the end, good service deserves compensation.

I also noticed that with group bills, on which restaurants typically add an automatic 15-per-cent service charge, tax was calculated on top of the total amount – including the tip. I looked up taxation of tips on the Canada Revenue Agency's website and it confirmed that tips given voluntarily are not taxable, but mandatory service charges are subject to the taxman's fingers.

Here's a little tip when it comes to tipping: Having a convention you follow is fine, but taking a second look to see if it makes sense is even better.

The difference between an automatic and manual tip at 15%

If you are dining out with seven friends, a restaurant might automatically impose a 15-per-cent service charge, which is subject to taxes. In a province with a 13-per-cent tax rate, for example (as in Ontario, New Brunswick or Newfoundland and Labrador), here is how much more you'll pay:

In this case, a service-charge policy will cost you $5.85

What to spend on your dog walker or nanny these holidays
December 14, 2011 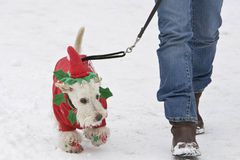 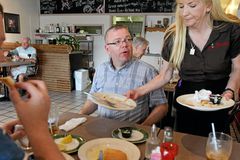 How to make your dollars travel further
June 7, 2011
How to deal with spendthrift friends
January 18, 2011 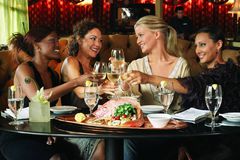 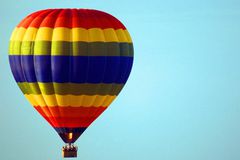