This past Easter weekend, we invited our neighbour over for dinner. My wife was on the way home when she called me from the car. "Tim, I put the turkey in the oven four hours ago. Can you please check it for me?" So, I walked to kitchen, and opened the oven. "Yup, it's still there," I said. "Anything else I can help with?"

I then proceeded to forget about the turkey, which turned into something akin to sawdust. As it turns out, we didn't feed our neighbour the turkey, but I did give her a healthy dose of free estate planning advice, so she didn't go home completely unsatisfied. You see, she was thinking of putting her cottage in joint names with her son. I then shared with her the story of a woman I will call Mrs. Blakely.

Since the cottage was held jointly with her son, the property passed directly to him upon her death. Her will specified that her daughter inherited the investment portfolio of $600,000 along with some personal effects. From a tax point of view, here's what took place on her death: Mrs. Blakely was deemed to have sold her half of the cottage, triggering a tax bill of $69,615. She was also deemed to have sold the investment portfolio, which triggered taxes of $46,410 (Ontario tax rates). Her total tax bill at the time of death on all of these assets was $116,025 ($69,615 plus $46,410).

Mrs. Blakely had never intended that her daughter would inherit so much less than her son. I've seen similar situations in which assets were held jointly, with right of survivorship, where a tax bill was triggered at the time of death and there simply were insufficient other assets in the estate to pay the tax bill.

The myth is that if you own an asset jointly, somehow the owner that dies first will avoid income taxes. Not so (unless the joint owner is your spouse or common-law partner). You're still deemed to have sold your half upon death.

There are a couple of ways to avoid Mrs. Blakely's problem. First, think twice about holding assets jointly, with right of survivorship. If Mrs. Blakely's son had not been a joint owner, the cottage would have formed part of her estate. Sure, her estate might have paid probate fees on the cottage value at the time of death but her children would have been treated equally since the cottage could have been sold, if necessary, to ensure an equal distribution of the estate after the taxes were paid. (In this event, her son could have been given the opportunity to buy the cottage from the estate using all or part of his inheritance, plus some additional cash.)

Another option is to consider buying life insurance to equalize the estate and/or cover the taxes owing at the time of your death. If Mrs. Blakely had purchased a policy with a death benefit of, say, $150,000, this would have provided the cash to pay the taxes owing on her death. Just make sure the policy you purchase is a permanent policy (whole life, term-to-100, or universal life) so that the policy coverage won't expire before you do. If you purchase a term insurance policy, that coverage will generally only remain in force until you're 75 or 80 years of age.

Vacation home out of reach? Try splitting the costs
May 8, 2011 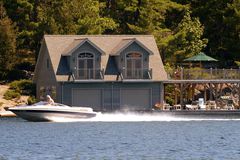 Should they make the leap to cottage country?
March 30, 2011 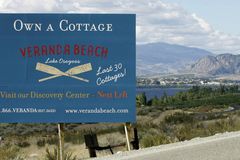 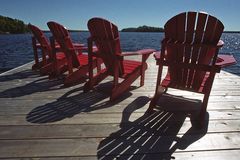