The weirdness about wills must stop.

A will is an instruction manual for your survivors on how to take care of your kids or other dependants, and what to do with the money and assets you've accumulated through your hard work. You'd think people would naturally take an interest, but not always.

The people behind TitlePlus, a title-insurance product sold to home buyers, sponsored a recent survey whose results suggest that a little more than half of Canadians don't have a signed will. The Canadian Imperial Bank of Commerce issued survey results last week indicating that 31 per cent of people between 45 and 64 don't have a will.

Okay, wills are a morbid topic. That's part of the explanation of why they're sometimes ignored or neglected. But cost is also a factor. The latest survey by Canadian Lawyer magazine suggests that a simple will costs $369 on average and a complex will would run just over $1,000. A downtown law firm would quite likely cost you more.

Paying something in the area of $400 seems reasonable for a document as important as a will, but let's say that's too much for you. For under $50, there's always the will kit option.

Try a Google search along the lines of "will kits Canada" and you'll find plenty of products that you can buy online. What they all have in common is a thumbs-down response from Jean Blacklock, a lawyer who co-wrote a book called The 50 Biggest Estate Planning Mistakes ... and How To Avoid Them. "The missing piece in each of them is the connection between one's own affairs and the law," she says.

See a lawyer and you get both a will and legal advice. Use a will kit and you just get the will.

One of the latest kits aims to overcome this shortcoming. It's called Will-O-Matic and it was developed by lawyer Michael Carabash to work much like tax software, where you're guided through an online process with lots of prompts and information, and print out your documents at the end.

"I was sitting two years ago in front of TurboTax doing my taxes online," Mr. Carabash recalls. "My cousin said, 'You should do something like this for legal forms.' "

Will-O-Matic was launched in January and has sold 6,000 copies, Mr. Carabash says. The cost if you buy it through his website, Dynamic Lawyers, is $97 per person, but promotions through online deal networks like WagJag have put the price as low as $24.

Mr. Carabash dismisses 90 per cent of will kits on the market today for being deficient in three areas. One, they don't reflect the nuances of provincial law (Will-O-Matic works in most provinces).

Two, they're too simplistic and don't offer enough options to users. For example, a kit might handle the question of how to dispose of your assets after death by providing boxes into which you'd type a person's name and a percentage of the assets you want them to get. "But what if I want to do something more than that?" Mr. Carabash says. "What if my spouse dies – where does the money go from there? What if I want to give equally to my children, but one of my children pre-deceases me?"

The third deficiency, according to Mr. Carabash, is that will kits may not use the precise language required for wills to be effective in the hands of lawyers and judges.

Mr. Carabash developed Will-O-Matic out of his work in estate planning for his dentist clients (he specializes in legal services for the dental profession). He started by writing an e-book on wills, then built it into an online will kit that strives to be more comprehensive than the competition.

As comprehensive as Will-O-Matic is, it's still a will kit to Ms. Blacklock. While she believes there are simple situations where will kits make sense, the user has no way of knowing whether he or she is missing a detail that will cause problems later on.

For that reason, she suggests people use a will kit, then take the completed document to an estate lawyer to have it reviewed. "You could say something like, 'Your usual fees are $600 – I can't afford that, but can you review this document for me for $200?' "

Will lawyers actually do that? "I think a lot will say no," Ms. Blacklock says, "but it's worth taking a crack at it." 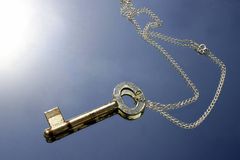 Ripping off grandma: How the elderly are vulnerable to fraud
February 18, 2012 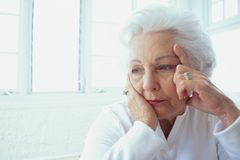 Preparing for the unexpected death of a spouse
March 1, 2012 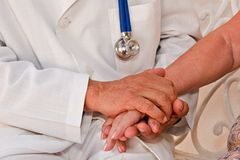 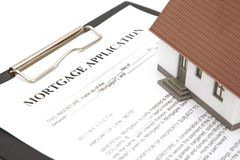