At 62, Patrick can't wait to retire and leave his secure job with the B.C. government behind. But can he afford to?

He has accumulated a number of retirement and pension plans over the years – from the U.K. and the United States as well as his work pension – and his spending is modest. He has a small mortgage on his house in the Okanagan and recently inherited a house in a part of the U.K. where the property market has crashed.

Ideally, he'd like to hang up his hat this spring. But he'd also like to leave a little something to his two sons and knows retiring early will mean he has to stretch his money a long way. He hasn't decided where he will live in future, so he wants to hang on to his overseas property for now even though it is costing him each month.

To offset the expense, he is renting out his basement apartment. He is doubling up on his mortgage payments and figures he can have the debt retired in full in about a year.

"Do you recommend that I keep working until 2013 or even 2014, or can I afford to retire in April, 2012?" Patrick writes in an e-mail. The challenge is to cover the gap between when he retires, say at age 62 or 63, and age 65, when his Canada Pension Plan, Old Age Security and British state pension kick in.

The planner does not recommend that Patrick retire this coming April because his mortgage loan will not be paid off and he would have to draw too much of his retirement savings to make things work.

If Patrick quits next April, his B.C. government pension income will be $1,635 a month, his pension bridge payment $378, his CPP benefit $361 and the rent from his B.C. apartment $600. He will have to withdraw $1,200 a month from his registered savings to bring his total monthly income up to $4,174, or $3,481 after tax. His savings will last until he is 79, but he'll still have his pension income and he could sell his house in the U.K. to give him more money to draw on.

If in the meantime he decided to sell his second house, Patrick's situation would improve. He would have the cash to pay off his mortgage and take full advantage of his tax-free savings account, for which he has $20,000 of unused contribution room. He'd have extra money for travelling, house repairs and emergencies. The sale could also give him a non-registered pool of savings (all his savings are in registered plans) to generate extra income.

But the market overseas is weak and Patrick hasn't yet decided where he would like to retire – Canada or the United Kingdom. As well, he will have to pay capital gains tax in Canada on the house sale and may face some U.K. taxes as well.

If he decides to retire in Canada, Ms. Handlbauer suggests Patrick explore moving his U.S. savings – a 401(k) and an IRA (individual retirement account) – to his Canadian RRSP. "Having the funds here would eliminate any risk regarding foreign exchange and future cross border tax issues," she notes.

Ms. Handlbauer says she usually encourages clients to retire early if they can because they often find they can get by on less than they thought. If Patrick retired in April, 2013, and didn't want to sell his second house, he could "look into taking on some part-time or project work, which for some people is an ideal way to transition into retirement."

Can he retire in April or must he wait a year or two because he still has a mortgage?

Pay off the mortgage and retire in a year or so. Consider selling the U.K. property and/or working part-time to earn a little extra money and ease into retirement.

Financial security without having to hang in until age 65. 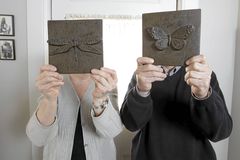 An ailing husband, a mission to provide
February 3, 2012 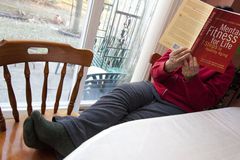 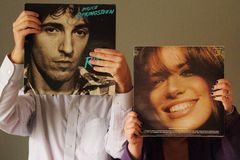 House-rich, cash-poor divorcee ought to downsize her home
January 13, 2012 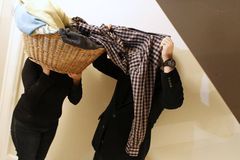 Couple can focus on quality of life
January 6, 2012 Penny pincher can afford to splurge a little more
December 30, 2011 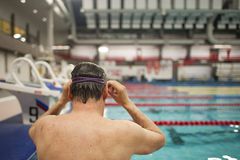 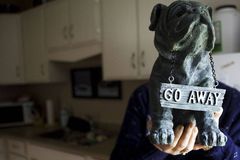