With the recent economic recession and mounting evidence that they are not financially prepared for retirement, it shouldn't be a surprise that many Canadian boomers are expecting to work longer than they expected to help fund their retirement lifestyle.

Currently, about six per cent of Canadian workers continue to work full-time after age 65 and the average retirement age in the country is 62. However, research indicates Canadians are expecting to work longer.

A recent survey by AXA, for example, has found that many Canadians believe they will now have to take retirement later than they originally thought, and the majority (57 per cent) can't estimate what their retirement income will be.

Working in retirement can have an impact on people's Registered Retirement Savings Plans (RRSPs).

"If you do work in retirement you will need to assess when and how much you should take out or convert into a Registered Retirement Income Fund (RRIF)," says Dave Ablett, Director of Tax and Retirement Planning with Investor's Group.

For example, if your work in retirement can sustain your lifestyle, you may be able to postpone converting your RRSP into a RRIF to the mandatory age of 71.

If it can't, you may want to convert some of your savings in order to supplement your working income.

As well, if you're over 65 and you begin to collect RRIF income, you may be able to allocate 50 per cent of that income to your spouse under existing income splitting rules.

Canada is moving away from mandatory retirement to what is known as phased retirement.

The federal government recently has made it easier for workers with defined benefit pension plans to collect part of their pensions while working part time -- three or four days a week or full time for a period of the year such as winter -- or on top of a full-time job.

The majority of Canadians who likely will need to work in retirement will come from the private sector, particularly the self employed, professionals and those who have no pension plans.

"Most public-sector employees leave at 55 or 60, and if they go back to work it's to do charity work or because they want to be active," says Ablett. "It's more likely to be people from the private sector working in their retirement."

That's why the federal government has introduced some new changes to the Canada Pension Plan (CPP).

Previously, individuals who were receiving CPP benefits and returned to work did not pay into CPP and could not accrue additional benefits.

Starting in 2012, however, individuals under 65 who are receiving CPP and who return to work will be required to contribute to CPP and can accrue additional benefits. This also will apply to people under 65 who started to receive the CPP retirement benefit before Dec. 31, 2011 and who return to work. Continued CPP participation is voluntary if the individual is 65 or older.

Another strategy to help Canadians save for and supplement their incomes in retirement is the Tax Free Savings Account (TFSA).

"The TFSA will be very useful because you can grow your savings tax free, and they will not affect Old Age Security claw backs or age or other credits," says Ablett. "As well you can remove money from the TFSA and then put it back in later. The buy-in rate by the public for the TFSA actually has been much higher than it was for the RRSP in its early days." 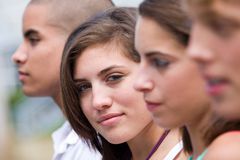 RRSPs: How to keep a blessing from becoming a tax curse
January 14, 2011 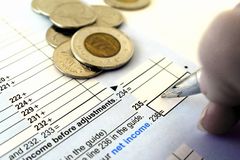 Why TFSAs trump RRSPs for the young and lower-paid
January 13, 2011
Follow us on Twitter @globemoney Opens in a new window
Report an error
Due to technical reasons, we have temporarily removed commenting from our articles. We hope to have this fixed soon. Thank you for your patience. If you are looking to give feedback on our new site, please send it along to feedback@globeandmail.com. If you want to write a letter to the editor, please forward to letters@globeandmail.com.
Comments