Strained pipeline systems and a glut of North American crude will force Canadian oil sands companies to cut back on their ambitious expansion plans over the next several years, a major new report warns.

Based on a review of all major producing regions, the CIBC World Markets report says North American crude production should grow annually over the next five years by a stunning 900,000 barrels a day.

That scenario would see the United States dramatically cut its dependency on imported crude, forcing Canadian producers to look for markets elsewhere, at the same time that Canadian gas exporters face shrinking U.S. appetite for their supplies due to booming shale gas supplies.

Companies will find it increasingly difficult to justify expansion of high-cost oil sands projects, especially when there is a wealth of more profitable, less capital-intensive investment opportunities across the continent, CIBC analysts said in the 276-page report released Friday.

"Unfortunately, higher cost oil sands projects seem like the first to get rationalized," said the study of 28 major oil and gas plays in the U.S. and Canada.

In a conference call Friday, the report's lead author, Andrew Potter, noted that firms like Suncor Energy Inc. and Canadian Natural Resources Ltd. have already started to pull back from their ambitious growth scenarios.

He said company expansion plans in aggregate would add 1.4 million barrels per day of production by the end of 2016, and another 2 million barrels by 2020. But he forecast that the longer-term growth will be roughly half of what is now now planned. That more conservative path would be still higher than the most recent outlook from the Canadian Association of Petroleum Producers, which sees an additional 900,000 barrels per day of production by 2016, and 700,000 more by 2020.

However, Mr. Potter said many oil sands projects can be competitive. "We still see lower cost SAGD opportunities … as being very competitive with tight oil in terms of rates of return," he said, referring to an extraction method known as steam assisted, gravity drainage.

"It's more about the mining side of the business and more mediocre SAGD leases that will be the first to fall."

Overall, CIBC expects U.S. onshore production to grow by as much as 700,000 barrels per day each year over the next five years from fields like the Bakken in North Dakota, and the Permian and Eagle Ford in Texas. Throw in increased production from the Gulf of Mexico, from Canadian tight oil and from the oil sands, and North America stands to lead the world in growth of crude oil production for the next five years, at least.

However, Mr. Potter said the industry will have to raise massive amounts of capital – in debt, new equity and joint venture partnerships with foreign oil companies – to finance the vast expansion.

The key for Canadian oil sands producers is pipeline capacity.

Even if all the pipelines being planned were built, there would not be enough capacity to handle the growth that companies have laid out in their expansion plans. And Mr. Potter said there is "less than a 50-50 chance" that the two proposed pipelines through B.C. – Enbridge's Inc.'s Northern Gateway and Kinder Morgan's Trans Mountain expansion – will be completed.

Without those B.C. pipelines, Canadian producers will lose some $20-billion a year in cash flow due to less production and lower prices. 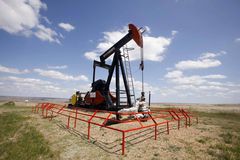 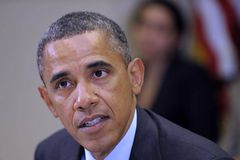 In oil sands, a native millionaire sees ‘economic force’ for first nations
May 1, 2018 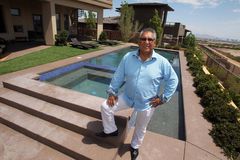 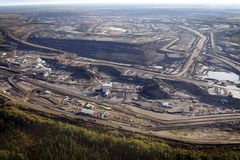 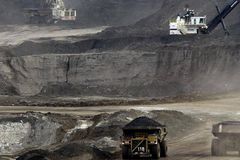