On Monday, Cardiome, which parted ways with chief executive officer Doug Janzen last week, said it would cut its employee count by 85 per cent. The company had already sharply reduced its employee count this year, to 54 people in March from 92 at the end of 2011.

The latest cut was expected after Cardiome's partner, pharmaceutical giant Merck & Co. Inc., said in March it would stop efforts to commercialize Cardiome's oral treatment for irregular heartbeat. Philippa Flint, a biotech analyst with Bloom Burton & Co. in Toronto, said regulators had asked for additional clinical tests on the drug's safety, and "It may have been that Merck didn't want to spend that money" for the expected return.

Meanwhile, the new board of directors of eye disease drug developer QLT said in a letter to shareholders Monday it would cut 68 per cent of the firm's 214 positions and divest its program to develop a tiny plug that could be inserted into the tear ducts of patients with eye diseases to release drugs over an extended period. The board, elected last month following a coup by activist investor NB Public Equity Komplementar ApS of Denmark, also sacked much of the firm's senior management, including chief executive officer Robert Butchofsky.

The moves follow expensive, multiyear investments by the two firms in the two treatments that are no longer part of their future. Cardiome spent more than $120-million in research and development over the past eight years on the treatment that Merck has abandoned, while QLT spent $63-million in the past three years on its tear duct plug, an amount industry observers said appeared to be excessive given that the product was still in the relatively early stages of development.

QLT said the cuts and divestiture will enable it to save up to $50-million next year and to return $100-million of capital to shareholders "as soon as practicable."

The news out of Vancouver Monday may be sobering, but it underscores the reality of operating in "the riskiest sector anywhere globally," said Brian Bloom, president of Bloom Burton, a boutique investment bank that specializes in healthcare.

"QLT and Cardiome are examples of the natural course for most biotech companies," Mr. Bloom said. "Most do not grow up to be Pfizer and there is not a straight line progression where R&D [research and development] spending turns small pharma companies into big ones. People are trying to cure disease and doing cutting-edge science, but it takes 10 years to develop a product, and a lot can happen in that time."

The risks include drugs failing during trials, regulators denying approvals or the arrival of more popular or effective treatments. But that hasn't scared investors away from the sector in Canada. Ms. Flint said the 30 largest drug developers in Canada have outpaced the overall TSX composite index this year, while Mr. Bloom noted several Canadian companies, including YM Biosciences Inc. and Oncolytics Biotech Inc., have successfully completed financings this year.

QLT, which has more than $200-million in cash and earns more than $20-million in revenue annually from its Visudyne treatment, has high hopes for another eye-disease treatment it is developing. "The sector in general is healthy and the strongest companies have been able to find capital," Mr. Bloom said.

Cardiome slashes 85% of workers after Merck effort ends
May 1, 2018 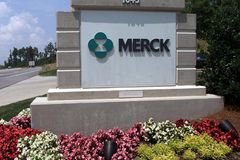 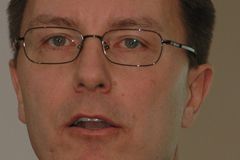 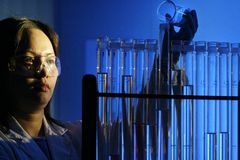 Dissident slate of nominees elected to QLT board
April 30, 2018