Real estate is a great way to diversify your portfolio. But just as with equities and fixed-income investments, a domestic focus on real estate can be shortsighted.

It's not that the Canadian market has been a poor performer over the past decade, says Frank Magliocco, national real estate leader for PricewaterhouseCoopers LLP in Toronto. "In Canada right now, a lot of commercial real estate is fully priced, so it's quite expensive," he says. "When investors look across the pond, they see more opportunity."

While investors have lots of options, the risks and rewards can vary significantly, says Jacques Gordon, a global strategist for LaSalle Investment Management in Chicago.

"The fundamentals can be country-specific, metro-specific and even property-specific," he says. "So for Canadians to do it on their own, it would take a lot of research and resources." He recommends investors consult a money manager.

A good first choice for most investors is real estate investment trusts (REITs), which are traded on public markets.

"The smart way to get multicountry exposure for a small- or medium-size investor is through a basket of international REITs," Mr. Gordon says. "There are now 300 to 400 REITs of good size and liquidity to build a diversified portfolio pretty easily with exposure to 20 to 30 countries."

Higher-net-worth investors can choose private real-estate funds with minimum investments of about $1-million or more, Mr. Gordon says. Some offer more risk and less liquidity, but they generally provide higher returns with less volatility. "They don't have the stock market noise of publicly traded investments," he says.

Another option is purchasing shares of companies listed in Toronto or New York that develop, own and operate commercial properties in foreign jurisdictions.

Unlike REITs, which often must pay out most of their earnings to shareholders, these companies can retain a larger portion of their profits to buy more assets or improve existing ones. And this ability to add value is becoming more important with the expectation that interest rates are rising.

"Over the last 20 years, in a declining-interest-rate environment, it was easier to make money," says Dori Segal, vice-chairman and chief executive officer of the real-estate development firm Gazit-Globe, which owns and operates shopping centres and mixed-use properties in Europe, North America, Tel Aviv and Brazil.

Low rates have made it easier for companies to borrow money to acquire assets and develop new ones. But those same low rates have resulted in investors moving to real estate because it has yielded more than fixed-income assets. In turn, this has driven down yield on real estate.

"Over the next 10 years, I can't tell you for sure whether rates will go up or down, but what is certain is you won't see a significant interest-rate decrease like what we've seen over the last 20 years," Mr. Segal says.

Rising rates will prompt some investors to seek yield elsewhere, and borrowing costs will increase, which will affect profitability, he says. "So the best way to create money in real estate is to own an asset and make it better," which will increase its value and possibly allow for higher rents.

Looking for value in global real estate can be tricky, because the marketplace is anything but uniform. "You can get different stages in the cycle at the same time in different countries," says Sprott's Mr. Mitchell.

"So it might make sense to sell your U.S. REITs as the Fed hikes rates, and buy European REITs as euro-zone rates remain low," he says.

Even within the same country, commercial real estate prospects can differ greatly, including from one property type to the next, he adds. For example, hotels and multiresidential tend to do better in rising interest-rate environments because their shorter lease terms allow them to raise rents faster compared with office and industrial, which generally have longer lease terms. "This is where the analysis comes in because anyone can say [to] avoid REITs because rates are going up," he adds.

Still, big trends are important, including the idea that major urban centres – London and New York, for example – will continue to attract investment dollars because they are more resilient and demand often exceeds supply, Mr. Magliocco says.

"We also can't underestimate the impact that massive sovereign wealth funds in Asia and the Middle East will have on asset pricing around the world," he says. High-net-worth investors often gravitate to major cities that have better long-term growth prospects and deeper, more liquid pools of investment-grade, commercial real estate.

Mr. Mitchell points to Berlin as an example. "If you look at the multiresidential segment in Berlin, you have 20,000 units being delivered every year, but there's a 120,000-unit shortfall," he says. "Apartment rents in Berlin are going up 10 per cent this year despite rent controls."

Yet perhaps the greatest upside to global commercial real estate is its ability to diversify your portfolio, potentially achieving the Holy Grail of diversification.

"In investment speak, zero or negative correlation [to equities] is nirvana," Mr. Gordon says. And that's what global real estate can offer because it is so diverse.

"You're more likely to have an investment that is holding or increasing its value when everything else is going south." 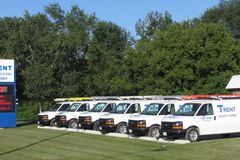 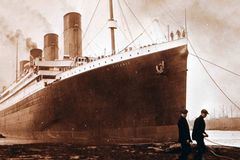 Leaving the family cottage to children will cost you – or them
March 31, 2017
Win-win tax strategy: donating stocks to charity
March 24, 2017 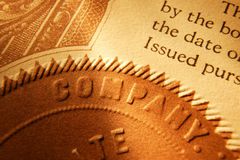