The drumbeat of depressing economic signals from Europe will continue this week with the release of a raft of numbers, including third-quarter GDP for the euro zone and its three biggest economies – Germany, France and Italy. They are expected to confirm that the region and its core members are now facing strong recessionary gusts, as weaker members stagger under the weight of the prolonged debt crisis and the crippling austerity measures deployed to combat it.

The European Commission has removed all the growth from it latest 2012 economic forecast for the entire European Union, although it has stopped short of predicting a formal recession. The EU's executive arm now expects the entire 27-country bloc to post a decline in GDP this year of 0.3 per cent, compared with its previous projection of no growth or contraction. Within that group, the 17-member euro zone is forecast to shrink by 0.4 per cent, the first annual decline for the region since the sovereign debt crisis began driving peripheral economies off the rails in 2010.

"The aggravation of the sovereign debt crisis in the first half of the year, with rising market concerns about the long-term viability of the euro area and negative feedbacks between banks' funding pressures and economic activity, and to a lesser extent the unexpected slowdown in non-EU GDP growth and global trade, are the main reasons for the disappointing growth performance," the EC declared.

Now the contagion has taken a firm grip on the stronger core economies of the monetary union. France is expected to report Thursday that third-quarter growth was flat or slightly negative, although Finance Minister Pierre Moscovici is sticking to a slightly more optimistic view based on a manufacturing pickup in the summer months. The figure could indeed be above zero "given the positive surprise" of higher industrial output in July and August, HSBC analysts said in a note.

Germany, Europe's strongest economy, is also likely to show stable growth of about 0.3 per cent for the quarter, when preliminary GDP numbers are released on Thursday. But the direction for both economies and the rest of the euro zone is down. Since the summer blip, industrial production has fallen sharply in France, Germany and Italy. Industrial output in Germany slid 1.8 per cent in September. French production fell a steep 2.7 per cent, reaching its lowest point since early 2010. Italy posted a decline of 1.5 per cent, underscoring falling export activity across Europe.

The French decline "confirms our assessment that the economy is entering another sharp downturn, having never fully recovered from its slump in 2008-09," Carl Weinberg, chief economist with High Frequency Economics, said in a note.

European Central Bank president Mario Draghi set the stage for the downbeat numbers last week when he pointedly warned that the battered regional economy is not showing signs of recovery, although the ECB once again left interest rates unchanged.

The preliminary numbers being released for the entire euro zone are expected to show that GDP shrank 0.1 per cent from the previous quarter, following a drop of 0.2 per cent in the second quarter.

Meanwhile, euro-zone finance ministers will meet Monday to deal with the Greek financial mess. But they are not expected to approve the release of the next instalment of the country's €31.5-billion ($40-billion) bailout until the troika overseeing the rescue – the EC, the ECB and the IMF – agree on a plan to reduce Greece's massive debt to a manageable level without requiring euro-zone governments to write off a big chunk of what they are owed. 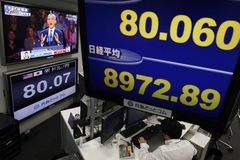 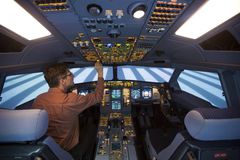