She has been teaching for four years, earning $67,710 a year, but she's barely making ends meet.

"I live very frugally with a few indulgences," Louise writes in an e-mail, "a few bottles of good wine per month and my weekly riding lessons." She also treasures her visits to the Maritimes each summer.

She will get $550 a month in child support for one more year. After that, she and her ex have agreed to split the cost of the children's living expenses while they are at university.

To bolster her income, Louise plans to rent an apartment in her basement for $950 a month. Most of the rental income will go to the children's living expenses, she writes.

For now, Louise can't afford to add to her $103,000 registered retirement savings plan, and she has not yet opened a tax-free savings account.

"I would like to know if I am on track for my retirement," she writes. She plans to quit working in 11 years at the age of 65. She would sell her suburban Toronto home and buy one in the $180,000 range in a less expensive town in the Niagara region "in order to be mortgage-free," she adds.

"My dream would be to also buy a small house in New Brunswick in the $40,000 range and divide my time between the two locations."

First, Louise could look for ways to cut costs, Ms. Franklin says. Louise's home insurance appears high, as does her telecom bill. Next, she should open a tax-free savings account and begin squirrelling money away for an emergency fund.

The older child will start her final year at school this fall, while the younger won't be starting university until the fall of 2015, so Louise might find the rental income is more than enough to help with their living costs. After the TFSA, she could direct any surplus to paying off her car loan.

In five years, once the children have both graduated, the rental income (after expenses) will offset the mortgage, allowing Louise to live as if she were mortgage-free. She can then direct any extra money to saving.

At that point, she may want to revisit her financial plan to see which method of saving best suits her. As well as saving money in her TFSA, she could begin contributing again to her RRSP and use the tax refund to pay down the mortgage, Ms. Franklin says.

The following year, she will begin collecting about $6,800 a year in Old Age Security benefits, which will pare the shortfall to $7,980.

When Louise sells her home, she will net enough to buy a comfortable home in the Niagara region with money to spare, Ms. Franklin estimates. If Louise makes no extra payments to her mortgage, she might walk away with $40,000 or so after closing and moving expenses.

Before she buys a second property, she must ensure she is on a solid financial footing, the planner says.

By the time Louise retires, her RRSP (with no further contributions) will have grown to about $160,000. The longer she leaves it, the larger it will grow. That assumes an average annual return of 5 or 6 per cent and an inflation rate of 2 per cent, Ms. Franklin says. To illustrate, if Louise were to draw $10,000 a year from her RRSP beginning at the age of 66 – perhaps because she had already spent the money in her TFSA – she would run out of RRSP savings by the time she is 85, the planner estimates.

Her nest egg would be enhanced by the surplus from the house sale.

Most of her RRSP investments are in cash and cash equivalents with little growth opportunity, so Louise is falling short of the 5 or 6 per cent growth target, Ms. Franklin notes. She is paying a management fee of 1.75 per cent. To achieve better returns, Louise should consider dividing her investments between low-cost bond funds and dividend equity funds, Ms. Franklin says.

As for the cottage in the Maritimes, "her aspirations of a second home, albeit inexpensive, should remain on the back burner until her retirement income needs have been completely met," she says.

How to pay for her share of the children's living expenses in university without jeopardizing her own financial security.

Check spending, direct any surplus rental income to an emergency fund first, then to the car loan and her RRSP. Sell the house when she retires and move to a less expensive town. Put the East Coast dream home on hold.

Financial security now and for the rest of her life. 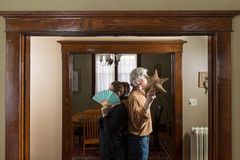 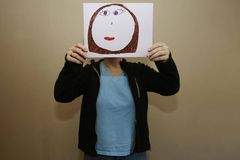 Can couple maintain their globe-trotting ways into retirement?
March 28, 2014 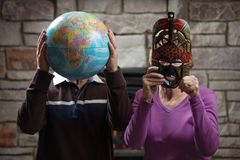