At 28, Alexander seems destined to be financially secure sooner than most. After all, how many young people work three jobs, live in their own basement and live on roughly $1,500 a month excluding mortgage payments?

His goal is to be mortgage-free at 33. Then he can move upstairs, rent out the basement of his suburban Toronto home and spend more time working on his personal finance blog. When he bought his home in August, 2012, for $425,000, he plunked down $170,000 in cash as a down payment, money he had been saving since university.

"I worked three jobs in university to graduate debt-free and started saving for my house while I was still in school," Alexander writes in an e-mail.

He was inspired by Scott McGillivray from HGTV's Income Property television show to rent out the main floor of his bungalow and live in the basement to bring in as much rental income as possible.

He has been doubling up on his mortgage payments, paying $3,300 a month.

In addition, he has earned significant extra freelance income in the past 12 months, putting it all to his mortgage, and has whittled his mortgage balance down to $155,000.

"Once my mortgage is paid off, my plan is to freelance full time and perhaps … tap into the equity in my house to buy a rental property," Alexander adds.

Does his strategy make sense?

We asked Michael Cherney, an independent financial planner in Toronto, to look at Alexander's situation.

"Of all the Financial Facelifts I have done, Alexander's shows the lowest level of spending," Mr. Cherney says. "This is likely to change, perhaps drastically, if and when Alexander gets married and starts a family." For the moment, though, Alexander is more focused on paying down his mortgage than getting married.

Mr. Cherney thinks Alexander could ease off a bit on the mortgage, which has an interest rate of 3.05 per cent and comes up for renewal in 2017, and devote some of his savings to both his registered retirement savings plan and his tax-free savings account.

"This way, he can still have his mortgage paid off within an impressively short period of time (by 2021), but have a more substantial nest egg at that time as well."

(Alexander has a defined benefit pension plan at work, but because it is not clear how much longer he will continue with his current employer, Mr. Cherney has assumed a maximum value for the pension of $50,000, which would be rolled into Alexander's RRSP in five years.)

"After the mortgage is paid off, he can devote his full savings program to the investment vehicles. His RRSP would grow to $1,108,010, his TFSA to $446,305 and his non-registered account to $1,207,340 by age 55," the planner says. That's when Alexander hopes to retire with a before-tax effective income of $65,000 a year in current dollars. The calculations assume 2.5-per-cent inflation, 2.5-per-cent annual increase in contributions, average annual investment returns of 4.5 per cent a year and a life span of 95 years.

As for buying a second property, Alexander is top-heavy in real estate, Mr. Cherney says. He doesn't recommend rushing into another property, although he wouldn't rule it out at some future date when Alexander's assets are more diversified.

Finally, the planner cautions Alexander against letting financial issues outweigh his life plans. "I am not suggesting he is doing that, but rather just keep the issue in the back of his mind."

Given his age, Alexander is likely to change his plans more than once over his lifetime. Drawing up a financial plan now is a good starting point, allowing him to change one variable or another to see the effect on his other goals.

"We have established that Alexander is an excellent saver," Mr. Cherney says. "That will bode well no matter what twists and turns his life takes."

Is his single-minded focus on paying off his mortgage the best strategy?

Ease up a bit on the mortgage repayment, directing some savings to his RRSP and TFSA as well.

He still pays off the mortgage in good time but has substantial savings as well. 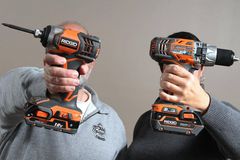 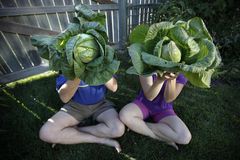