Elise owns a townhouse in the suburbs with about $90,000 owing on the mortgage. Now that her son has graduated from university and is out on his own, Elise can redirect the money that had been going to his schooling to her own. Her tuition for the coming year will be $9,000.

If everything works out, her goals are to travel more and begin working part time starting at age 60 to spend more time with her "live apart together" partner, who is 10 years older than she is. While they consider themselves a couple, and have dinner together most evenings, they maintain separate residences.

Elise's lifestyle is modest. She enjoys running, cycling and dinners at home. She carpools to work to save on transportation costs.

Now, she is thinking of selling her townhouse and buying a two-bedroom apartment closer to her office so she can bike to work.

Elise wonders how to allocate the money she has been spending on education once she gets her degree: Pay down her mortgage or catch up with her unused RRSP contributions? She wonders, too, whether she will be able to afford to go part time at age 60 or so.

We asked Sheila Walkington, a financial planner and co-founder of Money Coaches Canada in Vancouver, to look at Elise's situation.

Once she has paid her tuition for the coming year, Elise should shift her focus to contributing to her registered retirement savings plan and tax-free savings account, Ms. Walkington says. Elise has $53,125 in unused RRSP contribution room. When her employer reimburses her for part of her education costs (40 per cent), she could tuck this money into her RRSP as well.

When Elise sells her townhouse in a year or two, she should net enough to buy a two-bedroom condo outright so she likely will be mortgage-free, the planner says. As for the bigger question of whether she can work less in a few years to spend more time with her partner, it depends, Ms. Walkington says.

"If Elise gets the expected promotion and corresponding raise, and downsizes mortgage-free to a condo, she should be able to work part-time at age 60, especially if she keeps up her frugal lifestyle," the planner says.

Elise should make sure she has five good years of high earnings before she moves to part-time work so that she can get as much pension as possible when she retires, Ms. Walkington says. As it stands, she will be entitled to a pension of $26,925 a year if she continues to work at her current salary until age 65. (Her pension entitlement to date is $5,320 a year because she has only been in the plan a few years.) A higher salary, say $80,000, would significantly increase the base calculation for her future pension benefits, the planner notes. But going part time would affect her years of service and thus lower her estimated pension benefits from what they otherwise would be.

"So all in all, it is tough to get an exact estimate of what she can expect," the planner says. She suggests Elise review the numbers again in two or three years, and that she attend a pension seminar at work to learn how to maximize her pension benefits.

Paying off the mortgage would save Elise nearly $10,000 a year. This, coupled with no more tuition fees and a frugal lifestyle, should put her in a good position to go part-time. She will also have more money for travel. Contributing to her RRSP would allow Elise to take advantage of the 30 per cent-plus tax break, Ms. Walkington says.

"She may also be wise to stash some of her money into her TFSA account as well to allow for tax-free withdrawals in retirement," she adds. This will give her the flexibility to withdraw money for big expenses like a new car or a big vacation, without incurring a tax liability.

"The key will be to continue working until at least age 65 so she maximizes her pension benefits from work and her CPP."

The problem: Can she afford to begin working part-time at age 60 to spend more time with her partner?

The plan: Once her tuition is paid, redirect surplus cash flow to her RRSP and TFSA. If all goes well and she gets a promotion and higher salary, she should be in a good position to work part-time in the future, especially if she downsizes.

The payoff: A financially secure retirement without sacrificing her lifestyle. 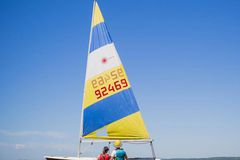 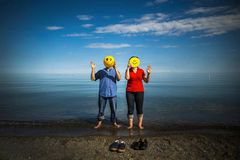 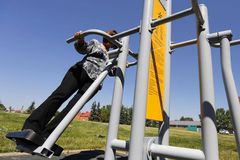 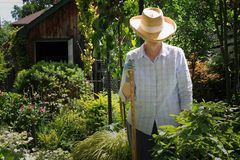 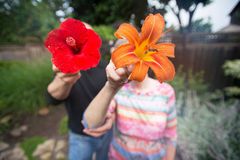