When he found himself unemployed at age 56, Monty's thoughts naturally turned to early retirement.

"I was given a [severance] package after 20 years with my first company, then downsized from the second," Monty writes in an e-mail. He'd been earning more than $100,000 a year. "I put my heart and soul into working; however, it appears it doesn't matter any more."

His wife, Mavis, who will be 58 soon, brings in about $15,000 a year working as a supply teacher. Together, they get about $16,000 a year from their substantial savings and investments.

Monty figures he can get another job, albeit at half the salary, before his employment insurance benefits run out. He would work a few more years and retire at age 60. Mavis, too, plans to retire at age 60.

They worry about the tax implications of drawing on their savings. "How/where do we withdraw funds most tax-efficiently?" Monty asks. "How do we save on capital gains when we sell shares?" He has $60,000 worth of his former employer's stock.

We asked Jason Pereira, a fee-based financial planner at Bennett March/IPC in Toronto, to look at Monty and Mavis's situation.

When Monty was working, their combined household income was about $120,000 a year, or about $90,000 after tax, Mr. Pereira says. Their lifestyle expenses are less than $50,000 a year, leaving $40,000 for mortgage payments and savings. Monty and Mavis lived a modest lifestyle while earning a good income. They built their wealth the old-fashioned way, by spending a lot less than they made. As well, they live in a part of the country where housing costs are relatively low.

Together, they are bringing in $54,610 after tax, including Monty's employment insurance benefits. This leaves them with a surplus available for savings of about $11,290 a year, Mr. Pereira calculates.

He recommends they each take full advantage of the new, $10,000 contribution limit to tax-free savings accounts.

After talking with Monty, Mr. Pereira based his calculations on Monty's going back to work by next January, earning $60,000 a year and working for another three years. He also included a $300,000 inheritance Mavis is expecting in a few years.

Because the couple's income is relatively low, Mr. Pereira does not recommend they make any further contributions to their registered retirement savings plans. "Any RRSP contributions would give them a deduction lower than the tax that would be paid in the future," the planner says.

After he retires, Monty can sell his company stock over four years to minimize the capital gains tax bill, the planner says. "There is no avoiding it, but it can be spread out over a few years to reduce the tax. Any capital losses can be used to offset capital gains."

He recommends they begin collecting CPP benefits at age 60. Once they have both quit working, Monty and Mavis will get by on CPP benefits and Mavis's work pension (about $11,800 a year), drawing on their RRSPs and non-registered accounts to make up the shortfall. Making early RRSP withdrawals "may seem counter-intuitive, but taking funds from the RRSP before age 71 (when they would have to convert their RRSPs to registered retirement income funds) will result in a lower lifetime tax bill," Mr. Pereira says. They will pay more than they otherwise would in the years they withdraw from their RRSP, but less later when they begin taking RRIF withdrawals. He recommends they continue contributing to their TFSAs.

What if Monty doesn't find another job, and Mavis doesn't get an inheritance?

"They'll still be fine," Mr. Pereira says. "The plan not only works, but also has a very large cushion," allowing the couple to retire earlier, spend more or take less investment risk.

The problem: Can they retire soon? What is the most tax-efficient way to use draw on their savings?

The plan: Monty works for three more years, if possible; they focus on contributing to their TFSAs and begin withdrawing from their RRSPs after they stop working. Spread company stock sale over a few years.

Can this couple afford to retire and enjoy life on a hobby farm?
May 15, 2018 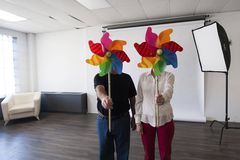 One family’s downsizing strategy to live within their means
May 15, 2018 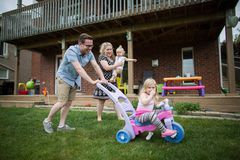 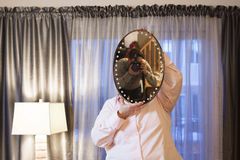