This story is part of the Working in Retirement series that looks at people who, for various reasons, choose to remain active past the traditional retirement age in today's job market. Read other stories about Jim, Janet, Marion and Sharon.

Just more than 10 years ago, Henry Hems was on a one-day bus tour with his wife, Julie, when he noticed a brochure in the pouch in front of his seat advertising for shuttle drivers.

"My better half said, 'Hey, here's a job for you.' So I went in and made an appointment, and they hired me on the spot."

Mr. Hems, now 69, has been working part-time as a shuttle driver for Kitchener, Ont.-based Great Canadian Holidays and Coaches ever since.

"The job is never the same from week to week because it depends on what trips are going out, and whether they need me or not," Mr. Hems said.

He likes the flexibility – and the variety. He works about 24 hours a week and does not require a special drivers' licence for the job. "It allows me to travel all over southern Ontario. Barrie, Owen Sound, places like that."

While his supervisor is much younger than he is, that's not surprising at his age. "We have a good rapport," he said. "I used to boss people around all the time, so now the shoe is on the other foot and I'm quite okay with it."

Previously, Mr. Hems, who immigrated to Canada from the Netherlands at 16, worked as an accountant for various companies near his home of Cambridge, Ont. He earned his credentials as a registered industrial accountant in 1974, after attending night-school classes at Conestoga College and the University of Waterloo.

When he was 52, however, the firm he worked for went into receivership and he was laid off from his job as a controller.

"I could call it a forced retirement," he said. He decided it would be difficult to find another job at that age. Instead, he turned to the financial services industry, working from home selling life insurance, mutual funds and other investments, as well as filling out tax returns every spring. He still keeps a hand in the business, working part-time.

His job with Great Canadian fufils another need. " I wanted to do something different, to get out of the house and be with people."

Unlike many senior workers, he does not have to depend on it for his financial well-being.

"For me it is extra money," he explained, "because I have my own retirement portfolio. I was lucky in my previous jobs that I was able to start one for myself. That was the best thing I ever did."

Mr. Hems also gets his Canada Pension Plan and Old Age Pension payouts. But he continues to work past the traditional retirement age in the financial services sector because he recognizes the importance of building a solid financial foundation.

"To try and get people to start putting some money away every week, that's my philosophy. I know it's not always easy. But you know the old saying, 'You have to pay yourself first?" Well, that is so true and I am living proof of it."

When it comes to a worry-free retirement, David Trahair, author of The Procrastinator's Guide to Retirement, says that it's important for working people to realize that they should not spend more than they earn.

"Many Canadians are offside, spending more than their take-home pay, which is easy to do with credit cards," he said.

Mr. Trahair sees another potential problem with low savings: trying to do too much with too little. "People have a small amount saved, then look for some amazing investment adviser or some incredible stock-market return to make their small amount of capital grow for their retirement," he said.

"That's not going to work. In fact, it encourages them to take even more risk than they otherwise would." As the 2008 financial meltdown showed, the stock market can also ruin a retirement portfolio.

As an accountant, Mr. Hems has paid more attention than most to his personal finances. He has watched his spending, and has built up an investment portfolio.

Like Mr. Hems, Mr. Trahair recognizes that in the current job market, a stable job until 65 is not a given. All the more reason, he said, to concentrate on lowering spending and increasing savings when you do have one.

"People don't want to hear that message," he acknowledged. "It's much easier to ignore the problem, and assume that something else is going to solve your core problem, that you've spent more than you make."

For Mr. Hems, his comfortable financial situation means he does not worry about living a long life. On the contrary, "I'm healthy and I can do what I want."

He keeps a trailer near Lake Huron and goes camping whenever he can, although, he pointed out, "I call it camping but it's more like a Holiday Inn on wheels."

And he takes advantage of the employee discount at Great Canadian. He and Julie have gone on a couple of trips with the company, where he sits back and lets someone else do the driving. 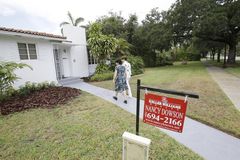 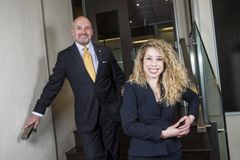 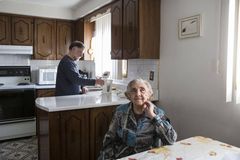 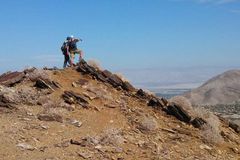