Stacey is 60, divorced and working two part-time jobs earning $30,715 a year in the special education field. In addition, she has some investment income and is collecting $460 a month in Canada Pension Plan benefits.

She has a daughter in her mid-20s who has health problems that could undermine her ability to work and support herself in future. Not long ago, Stacey sold her house, paid off her debts and set about investing the balance. "I consider this my retirement strategy," she writes in an e-mail. She hopes to reduce her workload by the time she is 65 but has no company pension.

When she sold the house, Stacey lost $800 a month in income from her rental suite. She hopes to offset that loss with income and capital gains from her investments. As it stands, her spending exceeds her income each month, forcing her to draw on her capital.

She wants to help her daughter financially and "enjoy some of my money now, for both myself and my daughter," she writes. Her goal: "To live rich, die poor – but not outlive my money."

Her questions: Should she buy a condo, which would cost up to $250,000 in the city where she lives, or continue renting? How should she invest the proceeds from the sale of her house? Different investment advisers are offering different suggestions, including segregated funds, leaving Stacey feeling confused.

"I have already purchased two $15,000 investments that I consider fairly risky," she writes. One was a private real estate investment trust paying 8 per cent a year, the other a five-year non-marketable bond backed by corporate receivables and paying 8.5 per cent. More recently, she added some mutual funds.

Stacey has bought $80,000 of no-load mutual funds: 68 per cent fixed income (a monthly income fund and three bond funds), 31.5 per cent stock funds and 0.5 per cent cash. The $56,890 she has in her registered retirement savings plan is with the same fund family, with 64.5 per cent in fixed income, 32 per cent in equities and 3.5 per cent in cash. She is now considering buying segregated funds.

To generate $800 a month or $9,600 a year from the $340,000 she got selling her home, Stacey would need to earn at least 3 per cent a year on average to avoid depleting her capital, the planner says. He suggests an asset mix of 30 per cent equities and 70 per cent fixed income. "This mix should produce a 3.5-per-cent to 4-per-cent return on average," Mr. Rosentreter says.

Key to achieving Stacey's goal is keeping the fees and costs on her investments as low as possible, the planner notes. Stacey should avoid segregated funds, index-linked funds and, indeed, any mutual fund that bears a high management expense ratio.

For the stock portion of her portfolio, she should stick to low-cost exchange-traded dividend funds, he says. On the fixed income side, Stacey's bond funds bear some risk because bond funds tend to fall when interest rates rise. To be safe, she might want to add a ladder of guaranteed investment certificates with terms ranging from one to five years.

"Adding GICs is suitable for who she is" – a conservative investor approaching retirement – is another wise step, Mr. Rosentreter says.

Stacey might also consider buying an annuity that pays her a fixed amount each month for life. "As a woman in her 60s, an annuity will offer her a guaranteed cash yield for life that will be 5 per cent or higher," the planner says. Because of her desire to help her daughter and the fact she has no company pension "she should plan to work closer to age 70 and avoid dipping into her savings prematurely," Mr. Rosentreter says. Finally, "forget about buying a condo," he says. Stacey needs her capital. "She can live far less expensively, and with less hassle, by renting." Maintenance fees for some condos have been rising 15 per cent a year in parts of the country – "a doomsday scenario for many Canadian retirees on fixed pensions who didn't see this coming."Special to The Globe and Mail

How to invest the proceeds from the sale of her home to provide retirement income for the rest of her life.

The reassurance that she will achieve her target cash flow in retirement of $2,500 after tax a month – $890 less than she is spending now – and that she will not outlive her savings.

Retired couple have taken on too much risk
October 5, 2012 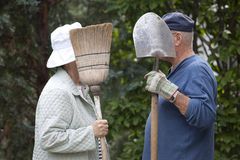 Forget the cottage and focus on retirement savings
September 28, 2012 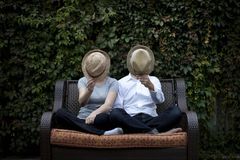 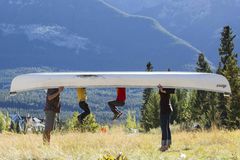