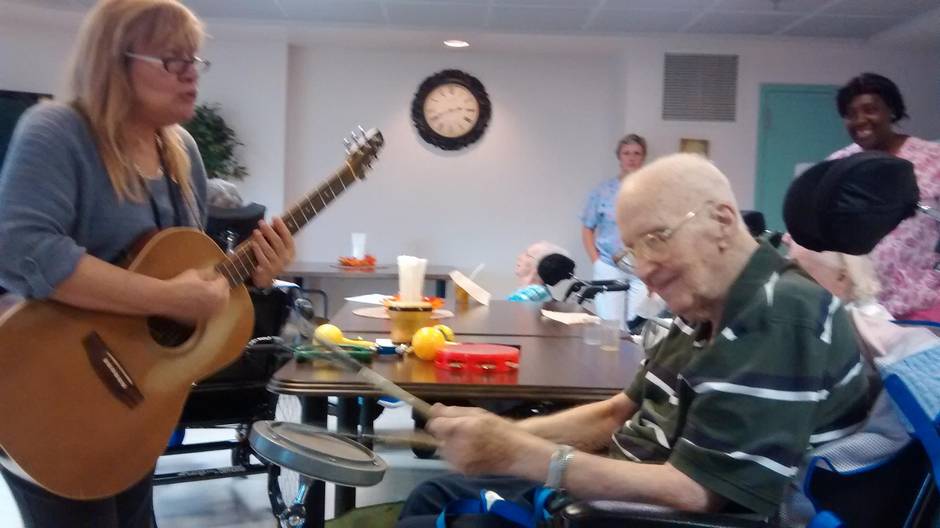 Russ Dufort, 93, plays the drums at his retirement home in Montreal. Once an orchestra leader and then an accountant, Mr. Dufort knew the importance of getting personal financial affairs in order before mental or physical illness sets in. (John Dufort)

Russ Dufort was a jazz drummer who played with Oscar Peterson and later led his own orchestra. Today, despite having dementia, the 93-year-old still picks up the sticks at his nursing home in Montreal.

Once an accountant, Russ knew the importance of getting personal financial affairs in order before mental or physical illness set in. In 1992, he prepared a will and gave his son, John, power of attorney. In 2005, at 82, Russ gave John authority over his bank accounts.

“Dad was frugal all his life. He had a pension plan, money in the bank,” John said. Not a huge sum, but Russ had engineered his assets to ensure he wouldn’t end up living in the lowest tier of public care.

But as Russ’s dementia progressed, John suggested a residential facility that was, “like a cruise ship on land. But Dad got belligerent. He didn’t want to move into a care home. He wanted to die in his house.”

So, in 2006, John hired a private caregiver who eventually spent six hours each day with Russ. A family member worried Russ might get swindled by the woman but John kept close tabs. 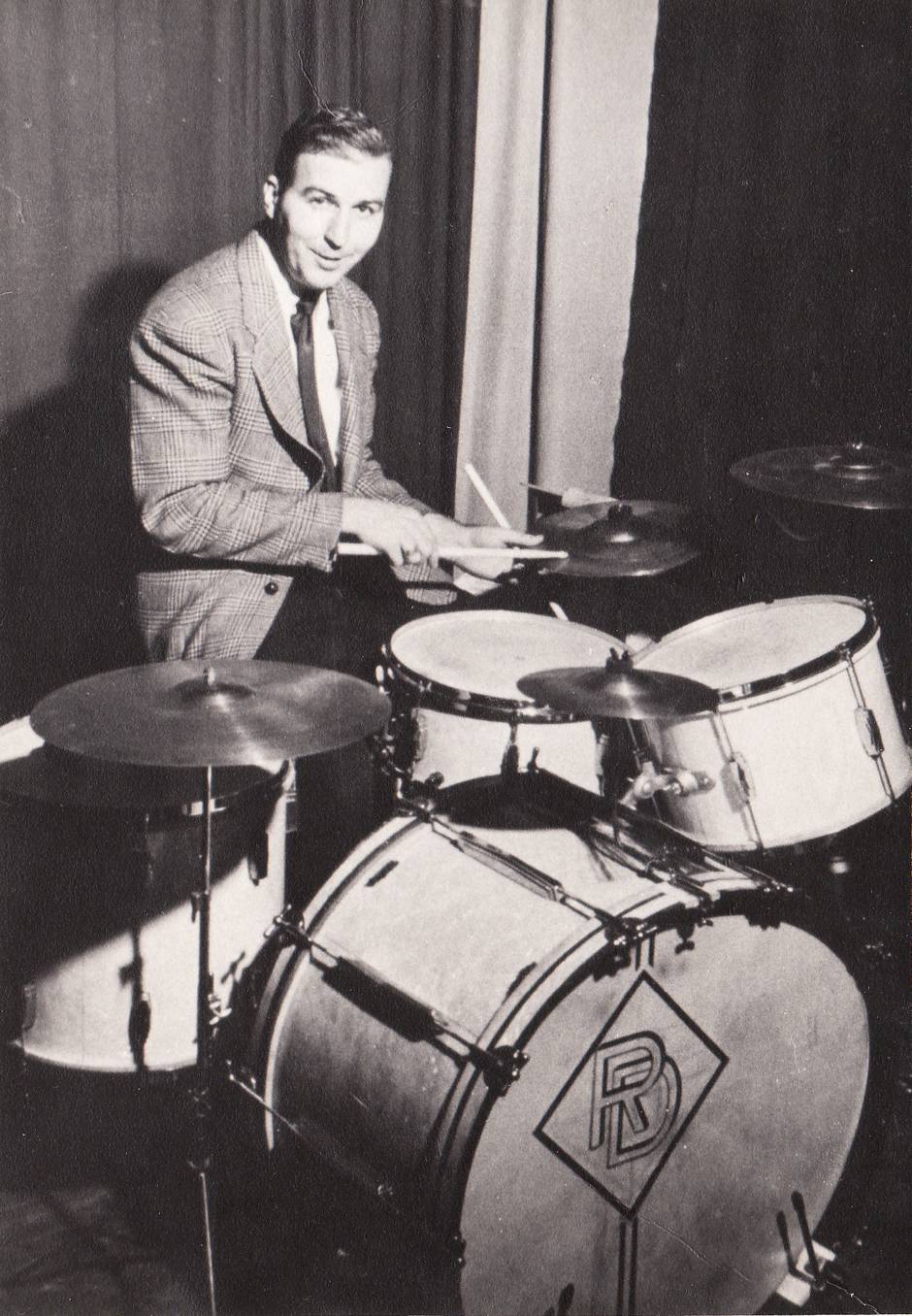 Drummer Russ Dufort played with jazz great Oscar Peterson and later led his own orchestra. Today, despite having dementia, the 93-year-old still picks up the sticks.

By 2014, Russ needed substantially more help. Not able to afford 24-hour, in-home care, John chose to move Russ into a private care home in Montreal’s Beaconsfield borough while waiting for a public spot.

“I told him he was going on a holiday,” said John, explaining how he got Russ to leave the modest brick house he’d lived in since the early 1950s.

Last May, Russ settled into a Pointe-Claire, 200-resident home, where the monthly cost is $1,900 versus the $5,000 he paid in the 20-resident Beaconsfield manor.

Also an accountant, John, 71, has grown his father’s income since taking charge. “We sold the house, as is, in 2016 and invested the money. I have an arm’s length relationship with the adviser who approves all investments.”

With about $300,000 in the bank, John is confident there will be enough to cover all of Russ’s care, with some left for the estate. He’s also reassured that he’s acted in the best interests of his father. “Dad has never, ever said he wanted to go home.”

John and Russ tidily fit into a 2016 survey by Fidelity Investments which found that just 9 per cent of Americans, aged 50 through 80, thought they would lose their ability to manage daily finances. Meanwhile, 60 per cent said they’d witnessed it happen to a friend or family member. And 40 per cent helped to manage their own parents’ finances. 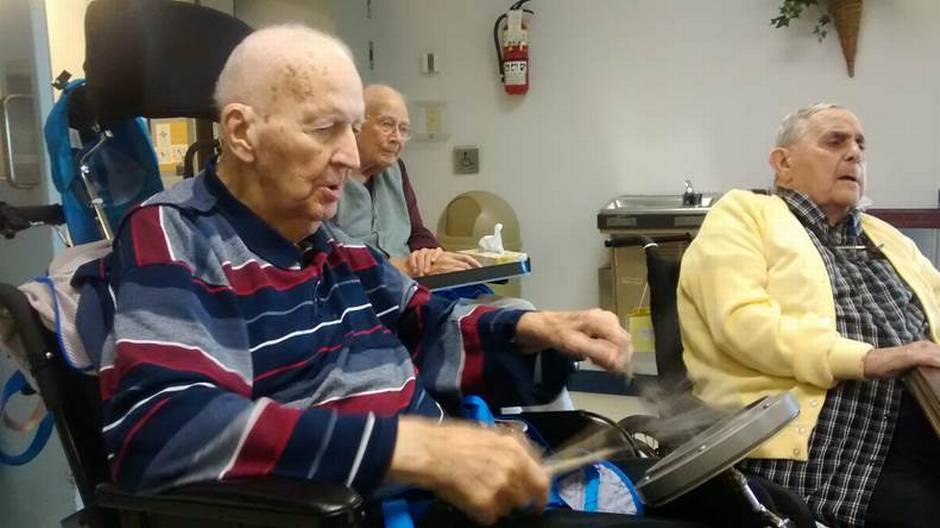 ‘Dad was frugal all his life. He had a pension plan, money in the bank,’ says his son, John Dufort. Not a huge sum, but Russ had engineered his assets to ensure he wouldn’t end up living in the lowest tier of public care. (John Dufort)

Maureen Glenn is well aware of the growing number of similar scenarios involving seniors and their assets. Ms. Glenn is vice-president of tax and estate planning with Richardson GMP Ltd. in Toronto. One aspect of her job is to know her clients well. “You also want to get to know the next generation for intergenerational wealth transfer,” she said.

Communication and proper planning are key. Today, with vast wealth being created via home values in cities like Toronto and Vancouver, inheritance windfalls or large proceeds from a business sale, it’s absolutely critical that the appropriate documents, such as wills and power of attorney, are in place, Ms. Glenn said. “Housing wealth is becoming a real risk.”

One solution may be the alter ego trust for those 65 and older. The senior moves his or her funds into a trust fund where those funds are used for that senior’s benefit alone, Ms. Glenn said. No other person has dibs on the money. If concerns about the senior’s capabilities arise, a trustee, such as a lawyer, can be named.

April Dorey is a financial adviser with Raymond James in Victoria where 85 of her 300 clients are 85 and up. “By that age we make sure we have contact with the families,” she said.

She advises clients to forgo joint accounts with children, after having seen too many disasters. Often a child will pressure the parent to open a joint account and use the money for their own expenses. If the child gets divorced, has a business that fails, becomes disabled or has an addiction, substantial amounts of money can disappear. “People are very trusting or they want to make things simple,” Ms. Dorey cautions.

Ms. Glenn says that intimidation of seniors by family or friends is becoming more prevalent. “You can’t always assume they’re incapacitated. Some are bullied into making decisions.”

Ensuring the elderly client is not isolated is pivotal, she said. “I’ve seen where seniors are capable. We should respect their wishes. The problem is, how much coercion is going on?”

On the other hand, if mental or physical problems begin, the senior may become prey. In both cases, while advisers have a fiduciary responsibility to respect the confidentiality of their clients, there are solutions. They can contact their company’s compliance branch, the police or look for substantiating information such as a power of attorney. “We’ve been educated in what to look out for,” Ms. Glenn said.

While Ms. Dorey has worried that clients could run out of money before their demise, none of her investors has faced that fate. “I hammer it into my clients, you have to think through and be prepared.”

April Dorey has been a financial adviser since 1999 and has witnessed how solid assets can evaporate when older adults haven’t prepared for their less vital years. Three life-and-death documents should be in place.

Often seniors don’t want their kids meddling in their business. They may give relatives bank authorization, but power of attorney (POA) is “extraordinarily important,” Ms. Dorey said. The document designates a person, or persons, to act for another in legal and financial matters when the assignor is determined (by at least two physicians) to be mentally incapable of making sound financial decisions.

Terms in the POA can be far-reaching, such as dictating when it becomes active, or can be more hands-off. Usually prepared by a lawyer, the POA is to be used for the best interests of the client. When two people have POA it ensures checks and balances on the cheques and balances.

But don’t wait until the 85-year-old is withdrawing $50,000 to buy a Mustang for the grandson, Ms. Dorey said. Taking too long to enact POA means a public guardian could be assigned. (Governments act only in situations where no other suitable person is available, able and willing.)

Not only does the public decision-maker take a fee, they don’t know family circumstances and are time-crunched, dealing with multiple caseloads. “Even two neighbours could be better than a public guardian,” Ms. Dorey says. Alternatively, some choose a lawyer or accountant to have POA but not financial advisers because of conflict of interest.

This document, recognized by various names in different provinces, helps families/assignees make decisions when the assignor has lost mental or physical abilities. Most often, the document lays out what health care and medical interventions are used to sustain life.

Spouses or children are often named as the decision-makers. Ms. Dorey recommends that one person be designated.

“If there’s more than one, there can be disagreements and that can create an impasse.” Letting the family know who’s chosen, at the start, can mitigate future hurt. If disagreement arises, the document remains valid. “People don’t like to talk about being sick,” Ms. Dorey said. She’s found that she often knows more about the final wishes of her older clients than even family members.

Get a will, pronto.

And update it regularly if there are changes in circumstances, Ms. Dorey said. That includes being aware of amendments to provincial probate regulations.

Ignore do-it-yourself wills in favour of a lawyer or notary-made will. “People can be so frugal,” Ms. Dorey said, of those who cheap out and use online documents. Problems can quickly appear and she’s seen estates decimated by legal fees over imprecise or faulty wills.