Margaret and John are in their mid-40s with two children, ages 12 and 16. They have senior jobs in media and communications, earning a combined $244,000 a year.

"We're financially comfortable right now," Margaret writes in an e-mail. But they have little in the way of retirement savings beyond their defined-benefit pension plans, and "we're both clueless when it comes to investing our money," she adds. "Neither of us has the time or the interest to really explore and understand the markets or our options, but I am starting to lose some sleep over this."

They set up education savings plans for their children when they were babies, but they are probably not accruing enough money to foot the entire university or college bill, Margaret writes. Their retirement savings plan consists of throwing "a few thousand bucks into RRSPs before tax time without a lot of research into how we invest it," she adds. They have $50,000 sitting in a savings account at the bank but neither has opened a tax-free savings account.

Their financial goals also include household improvements and travel.

"Should we bite the bullet and hire an investment adviser or planner to whip us into shape on a regular basis and keep our investments on track?" she asks. "How can we set up a plan that doesn't require micro-management on our part?"

Margaret and John are in good financial shape, thanks mainly to their defined-benefit pension plans, but they are a bit behind in saving for their children's higher education, Ms. Franklin says. They also need a more effective plan for saving and investing.

Their top priority should be to open tax-free savings accounts (TFSAs) at the discount brokerage firm where they hold their RRSP trading accounts, Ms. Franklin says. As of 2017, they have combined TFSA contribution room of $104,000 – a substantial sum.

While TFSAs can be useful for short-term goals – Margaret has mentioned landscaping and fixing the porch – they also can be versatile options for long-term retirement planning, Ms. Franklin notes. Investment income, including capital gains and dividends, earned in a TFSA is not taxed, even when withdrawn. "Since TFSAs are the only true tax-free investments, John and Margaret are missing a huge investment opportunity," the planner says.

She suggests they shift some of the cash sitting in their bank savings account to TFSAs and invest in broadly based and diversified exchange-traded funds (ETFs) with an emphasis on dividend-paying blue-chip stocks. Alternatively, they could consider low-cost mutual funds such as those offered by Mawer Investment Management of Calgary or Steadyhand Investment Funds Inc. of Vancouver, among others.

If instead their goals are short term, they should be matched by suitably short-term investments such as savings accounts or guaranteed investment certificates, the planner says.

Making further contributions to their RRSPs is not essential at this time because of the couple's pension plans, which can be viewed as the fixed-income portion of their retirement savings, she adds. John will be entitled to a pension of $45,000 a year at age 65, while Margaret will get $85,000 (partly indexed to inflation). "Also, due to the pension adjustment, their actual RRSP contribution room is limited."

The nearly $134,000 they have in their RRSPs could be better invested, the planner says. As it is, they hold mutual funds with high management expense ratios that are "handicapping the performance of their investments." They also hold some GICs. John and Margaret could switch to low-cost ETFs that track blue-chip dividend-paying stocks or to low-fee mutual funds, Ms. Franklin says.

To save for their children's higher education, Margaret and John have been contributing to a scholarship trust. These are group RESPs that invest only in bonds and term deposits and have more restrictive rules on withdrawals. Like self-directed RESPs, group RESPs take advantage of the Canada Education Savings Grant. But the GICs and bonds held in the scholarship trust will not provide the growth necessary to fund their children's post-secondary education, she says.

(Each year, the federal government will match your contribution to an RESP by 20 per cent, up to a maximum of $500 for each child. You need to contribute $2,500 a year to get the full grant of $500 each year. Your child can carry forward unused grant contribution room until they turn 17. The grant has a lifetime limit of $7,200 for each child.)

Ms. Franklin suggests Margaret and John open a self-directed RESP at their brokerage firm and make further contributions to it instead of the scholarship trust. That way, they can invest in stocks as well as bonds with a view to earning a higher return.

As it stands, they have $58,000 in the scholarship trust. Post-secondary education could cost $20,000 a year for each child if the student does not live at home, for a potential total of $160,000 for a four-year undergraduate degree for two children.

Once they have taken full advantage of the Canada Education Savings Grant through their RESPs, the couple can open a non-registered savings account for the balance of the children's education costs, Ms. Franklin says.

Next, John and Margaret should set up an emergency fund to cover at least three months of living expenses. This should be separate from their retirement savings. The money could be held in a savings account. Alternatively, they could set up a line of credit that they could draw on in an emergency.

To simplify their savings and investment plan, Margaret and John could put their savings on auto pilot by setting up automatic withdrawals from their pay that could be deposited in the different accounts each month, the planner says. They could also set up designated accounts for household improvements and travel.

Once they have caught up with their savings goals, they could allocate a portion of any surplus they might have to paying off their mortgage more quickly. Even at the rate they are paying, the mortgage will be retired long before they are. Their goal is to retire by age 65 – or sooner if possible – and to continue freelancing for a while.

Finally, John and Margaret need to realize that no one will take more of an interest in their financial well-being than themselves, Ms. Franklin says. They could start by taking the time to improve their financial literacy. "This is a necessary step in the right direction and an important life skill."

The problem: How to save and invest for their various goals, from household improvements to their children's higher education to their own retirement.

The plan: Set up an automatic savings plan where money is deducted from their pay and deposited into several different accounts and invested according to the different time horizons.

The payoff: A sound sleep and a sense of being in control of their financial destiny.

Can this prospective retiree afford to stop working at 58?
December 23, 2016 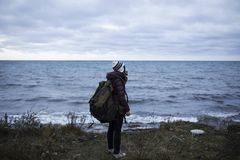 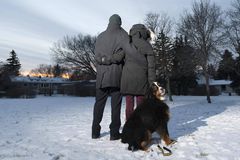