Martin and Marika live in British Columbia with their two children, 11 and 13. He earns $120,000 a year working in the public service, and she is a stay-at-home mom.

Their main concern is saving for their children's education, followed by saving for Martin's retirement and "travelling with the kids while they are still young," Martin writes in an e-mail. He is 50, Marika is 48.

Martin wants to retire in 10 years, but he has not been in his current job long and will only be entitled to about $1,000 a month from his defined benefit pension if he works to age 60. Their retirement spending goal is $5,000 to $6,000 a month after tax, which will have to come mainly from savings.

Once the children have graduated from university, Martin and Marika plan to sell their house, which they value at $900,000, and buy a smaller place for substantially less, investing the balance for retirement income.

We asked Alexandra Macqueen, an independent financial planner in Toronto, to look at Martin and Marika's situation.

Even with Martin's good job and modest pension, their valuable home, and the fact they'll soon be free of debt, this couple will be hard pressed to achieve all of their goals now and in retirement, Ms. Macqueen says. Their non-mortgage expenses now are modest, although they might be understated because they do not include clothing, gifts, grooming or car replacement.

In order to build a stronger plan, they will need to carefully consider how they meet preretirement goals – such as funding their children's education – while also ensuring they save enough to meet their retirement income goal.

The planner makes two key suggestions: that Martin work longer than planned, retiring at 62 rather than 60; and that they limit their education savings to basic tuition.

They would make final RESP contributions of $2,000 for each child in 2015. This would attract $400 for each child in Canada Education Savings Grants and be almost enough to fund tuition costs for four-year university programs. The small shortfall could be covered from cash flow.

Once the RESPs are fully funded, Martin and Marika can turn their attention to using up their available RRSP room. He has $10,000 of unused room, while she has $30,000. In 2015, Martin would contribute $4,400 to his RRSP and $7,300 in 2016, which would use all of his available and projected contribution room. Beginning in 2016, Marika would start to contribute $1,100 to her RRSP each year until 2024. She would defer taking the deduction until the house is sold and they begin earning taxable income on the invested proceeds.

Their mortgage will be paid off early in 2017.

Starting in 2017, they would establish TFSA accounts; their unused contribution room will be $47,500 each by then, based on current limits. They would begin contributing $3,350 a year each, rising to $9,600 a year each in 2019 to 2023. During this time frame, they would also stash away $3,650 each in non-registered savings or investment accounts.

In 2024, when the house is sold, they would contribute $31,300 to each of their TFSAs, and $448,300 (net sale proceeds after the cost of buying their new home and funding their TFSAs) to their non-registered accounts. The planner assumes they realize $873,000 from the house sale after expenses and spend no more than $315,000 on a new residence.

"These contributions give Martin and Marika a retirement income portfolio of $1.19-million at retirement in 2026," Ms. Macqueen says. Retirement savings accounts are assumed to be allocated 60 per cent to equities and 40 per cent to fixed income, earning a total return of 4.3 per cent a year after fees. Their income that first year would break down as follows: Martin's pension, $11,445; his early Canada Pension Plan benefits, $4,420; and withdrawals from their savings of $46,261.

By working two additional years, Martin will add nearly $200,000 to their retirement assets, spare them two years of asset drawdowns and slightly increase his defined benefit pension entitlement, the planner says. "It also makes their overall plan less reliant on the sale of their principal residence to fund their retirement."

If Martin quits at age 60, and they spend as they had planned, they run a substantial risk of depleting their assets almost completely by the time they are in their early 90s, Ms. Macqueen says.

The problem: Can they help their children through university and still have Martin retire in 10 years?

The plan: Martin works a little longer, they save as much as possible and downsize to a smaller, less expensive residence, investing the balance.

The payoff: A road map to a financially sound retirement. 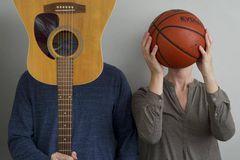 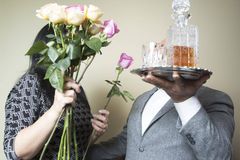 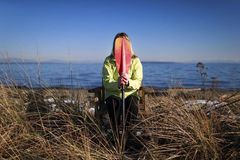 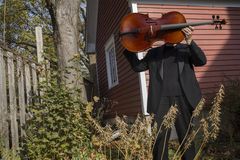 Young family craves vacation retreat, but should they wait?
November 28, 2014 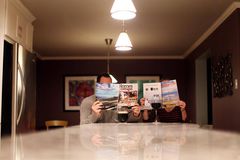 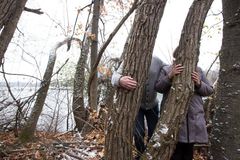 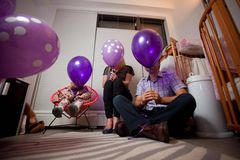 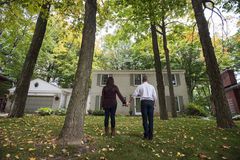 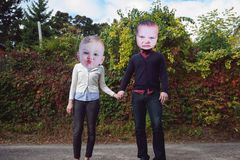