Saving too little can undermine your retirement, but so can unexpected life events.

When you're calculating your path to financial freedom, it's easy to overlook these risks – but you shouldn't.

"It's the unexpected stuff that tends to sabotage people's retirement plans – health issues, extra family demands they didn't foresee, a sudden job loss in their 50s," says Chris Snyder, chairman of the ECC Group of financial planners in Toronto and author of Be Smart With Your Money.

Here are four common – but often ignored – threats to your retirement.

Nothing overturns a retirement plan faster than job loss.

"If you're in your late-40s or early 50s, doing great and making a nice salary, you tend to assume that this can go on forever or at least until you want it to stop," says Keith Copping, a fee-only financial adviser at Macdonald Shymko & Co. Ltd. in Vancouver. "But sometimes companies decide otherwise, and people find themselves out of a job three to five years short of where they expected to wind up."

Even with a generous severance package, an early exit from a well-paid job can deliver a nasty blow. It reduces your capacity to save, cuts back on the amount of time your investments have to grow and requires you to finance a longer retirement than planned.

Many people underestimate how much they will need in retirement, says Peter Guidote, director of wealth management at Richardson GMP in Montreal.

More than 42 per cent of Canadians in their 20s are still living at home, according to the 2011 census. A growing number of retirees and near-retirees are digging into their wallets to help out their adult children, with some U.S. surveys suggesting more than a third of 18-to-34-year-olds receive regular financial support from their parents.

Planners such as Mr. Snyder say the financial drain of helping to support adult kids can pose a problem for some retirees, especially if portfolio returns haven't been quite as good as they hoped. "The financial crisis really clobbered a lot of people," says Mr. Snyder. "It left some clients in a position where their desire to help out adult kids became a real issue."

One of the big forces prying money out of parents is the soaring real estate market. More than one in five first-time home buyers now rely on gifts or loans from their parents to help cover down payments, according to the Canadian Association of Accredited Mortgage Professionals. "Here in Vancouver, we certainly see parents being more generous than they had expected to be," says Mr. Copping.

Couples often assume they will sell their house to pay for any required nursing care in their advanced years. But that assumes both people will make the move at the same time. If one person needs to move into assisted-living arrangements earlier than the other, the plan can break down.

"It's easier if both people go in at same time, because if it's only one spouse, then you essentially need to start maintaining two residences and that gets expensive," says Mr. Snyder.

Assisted living can cost $2,500 to $5,000 a month per person, estimates Mr. Guidote. "That can eat up many couple's income very quickly, especially if you also have all the expenses of maintaining a home for the healthier spouse," he says.

Awareness can go a long way toward reducing the danger of the unexpected.

If you realize your employment is less than secure, you can stress saving earlier in life. If your adult kids are on the parental dole, having an honest talk with them about your financial situation may help to put limits on your support.

Mr. Guidote recommends thinking of retirement expenses as belonging to one of two buckets – either "must have" or "nice to have" – and arranging your finances to ensure you have enough predictable income from government stipends, pensions or annuities to cover the must-have bucket.

Knowing you have your basic shelter and food expenses covered "leads to peace of mind," he says, and allows retirees to shrug off market downturns or unexpected developments.

Mr. Snyder says Canada's buoyant real estate market has salvaged many retirement plans in the wake of the financial crisis. People have been able to make up for market losses by selling property or by tapping lines of credit against their real estate.

That's not necessarily a bad strategy, he says, but he's concerned that today's high home prices may be lulling too many Canadians into a false sense of security. "It would take only a moderate rise in interest rates to hurt a lot of people," he says.

For his part, Mr. Copping suggests that the important thing is for both members of a couple to stay on top of their financial situation, so there are no nasty shocks. "There's a simple rule here: The more closely you monitor your situation, the less likely surprises become," he says. 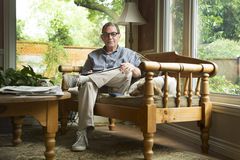 What every high-school grad should think about: retirement
June 11, 2015 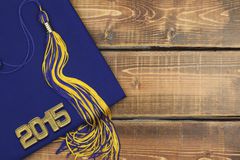