When it comes to caring for her sister-in-law Bea, who at 62 has had Alzheimer's for 14 years and lives alone, Janice Kraayenhof has tried to think of everything. She has had medications blister-packed to ensure her sister-in-law takes them as prescribed, organized Meals on Wheels to deliver dinners and arranged for safety assessments to be done at her home in Welland, Ont.

She checks in regularly with her sister-in-law's neighbour. And, like many Canadians, she's doing all this at a distance: Ms. Kraayenhof, 54, lives 222 kilometres away from her sister-in-law.

"We try to keep a calendar of her events," says Ms. Kraayenhof, a teacher who lives in Orono, Ont. "Then I can phone her and remind her: 'You're going here today.'"

Ms. Kraayenhof says she also relies on a carefully organized network of caregivers and support workers to allow her relative to maintain her independence while still being closely monitored. She purchases her sister-in-law's groceries online and has them delivered. She calls in medical appointments. But she realizes that the situation will change as the disease progresses. "She fell a month ago," says Ms. Kraayenhof, "and she didn't phone anyone. Her personality is changing. We're starting to go into a grey area now."

Long-distance caregivers such as Ms. Kraayenhof are increasing in number. Between 2007 and 2012, the number of caregivers aged 45 and over increased by 760,000, to 4.5 million, representing a 20-per-cent increase over five years, according to Statistics Canada.

The reason is demographics: "This is the first time there are more seniors over 65 than children under 15," says Audrey Miller, managing director of Elder Caring Inc. in Toronto. "We also see for the first time two generations of retirees living in the same family, we're living so long."

In addition to the aging population, "there could be more seniors in someone's life due to blended families," says Lee-Anne Davies, chief executive officer of Agenomics, a think-tank on aging. "Our lives are simply more complex."

In the past, Ms. Davies says, people were more connected to their families and neighbourhoods, creating a natural caring network. Now, fewer people stay in one place. "We move much more than we used to," says Ms. Davies, who's based in Victoria.

That puts distance between family members at a time when they may need a lot of help. And many are simply at a loss as to how to go about long-distance caregiving. "Most people do not know where to start," says Ms. Miller. "A lot of them go off to work every day worried."

She says communication should be the No. 1 priority for families to ensure that everyone is on the same page in terms of the elderly person's needs, health status and financial situation. That includes determining what role each family member will play to avoid one family member being overly burdened.

Once roles have been set, an assessment should be done of what the elderly person needs – and wants – for the short, intermediate and long term, which can be done by the family or using a private care manager, says Ms. Miller, who estimates 25 per cent of her clients care for family members who live far away. "Have that talk with the family: What's happening? How could you do better? What's out there?"

Options can include a safety assessment of the home conducted by an occupational manager; getting an emergency medical bracelet or device; placing cameras in key rooms; and installing assistive devices, says Mary Schulz, education director with the Alzheimer Society of Canada in Toronto.

Once the home has been assessed, the caregiving needs of the individual need to be determined, says Ms. Miller. Do they need part-time help, meals, medication monitoring or transportation assistance? Are these services offered locally, at lower cost than private providers? "What the government can provide is the first option," says Ms. Miller.

After a care program is established, avenues for communication need to be set up to allow for close contact, she says.

In addition to scheduled phone calls, using a smartphone app or webcam to facilitate online chats through programs such as Skype and FaceTime can be helpful, says Ms. Miller. "Skype is great at being able to eyeball somebody," she says, adding caregivers should look for soiled clothing, mood changes, the cleanliness of the home and telltale bruises or cuts.

If possible, regular visits should be made to the senior's home to determine what needs fixing, if there's fresh food in the fridge and if changes need to be made to the caregiving plan. But don't just focus on the minutiae, cautions Ms. Schulz. "Don't get into that trap of: 'I am your caregiver.' Try to do something that maintains your relationship," whether it's a walk, seeing a movie or just having tea.

In cases where the caregiver can't visit often, community-based senior centres frequently offer services in which volunteers call seniors each day to check in about their health. "That's where they'll pick up that someone isn't feeling well," says Ms. Davies. "They're usually free or inexpensive."

Ultimately, it's the caregiver who stays on top of the whole care plan, says Ms. Schulz. This point person should create a binder listing all the names of all the groups that are involved in the care of the loved one, contact information for physicians and pharmacists, a list of drugs, the phone numbers of neighbours and friends and a schedule of monthly social events and appointments, she says.

She also advises caregivers to designate a power of attorney for elderly people, particularly if they are experiencing cognitive difficulties and may have trouble with financial decisions later on.

Plus, as time goes on, the caregiver will have more financial considerations, says Ms. Davies. "As care needs increase, you will pay more out of pocket." According to Statistics Canada's 2007 figures, 39 per cent of Canadians living more than a half day's journey away from the loved one they assisted reported that they had spent, on average, more than $500 a month on care.

Plus, there are the senior's savings, investments and annuities to manage. "Someone needs to be overseeing that," says Ms. Davies.

"It can be exhausting," concedes Ms. Kraayenhof, who is trying to move her sister-in-law closer to home.

For that reason, it's important not to sweat the small stuff, advises Ms. Schulz: "Cut yourself a little bit of slack. Then just do the best you can."

Health-care upselling: The insidious costs of products for seniors
March 17, 2016 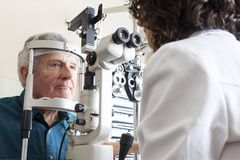 The retiree’s guide to staying in your home
March 9, 2016 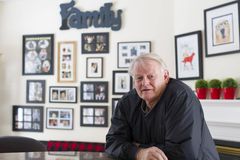 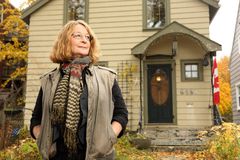