John McLeod is ready to say goodbye to the working world. In February, the 59-year-old expects to retire, but there's one major flaw in his plan: He isn't sure how to fill the days and whether that could affect his well-being.

"I'm not really going toward anything; I'm just going away from work," says Mr. McLeod, who has helped his wife run her real-estate law practice in Guelph, Ont., since 2000.

Mr. McLeod does a bit of carpentry work, is an avid reader and member of a local book club, and is planning to travel with his wife. Still, he sees a major activity gap in retirement.

"My concern would be that, after six or 12 months or even three years, I'd be saying, 'What on Earth am I going to do today?' That's where the concern comes from of either boredom or depression," says Mr. McLeod. "I'm not a depressive person, really, but I know it can happen."

Experts say men are more susceptible to depression in retirement, in part because their identity is more closely tied to their careers compared to women.

"For a lot of men it really is a loss of a sense of identity – something that we get from work," said clinical psychologist Marnin Heisel, director of research and associate professor in the department of psychiatry at the University of Western Ontario in London, Ont. He and his colleagues are doing research on men struggling in their transition to retirement, and are developing a program to reduce the risk for the onset of depression, hopelessness and suicide.

While employed, men develop a strong routine and many of their friendships come from work, says Dr. Heisel.

"For a lot of guys, when they retire, they lose that social network and social connection … and the meaningful contribution they get out of what they do."

A 2012 study done by Elizabeth Mokyr Horner, a health services and policy researcher at the University of California, Berkeley, found that male retirees experience high levels of satisfaction directly after retirement, but then it falls sharply a few years later.

That was followed by a 2013 study from The Institute of Economic Affairs that says retirement increases the probability of suffering from clinical depression by about 40 per cent. Men also have the highest rates of suicide worldwide, according to the World Health Organization.

Statistics from the U.S.-based Centers for Disease Control and Prevention show the highest increase in suicide is in men 50 and over, while suicide rates for men are highest among those 75 and older. Men 80 and older are the group with the highest suicide rates in Canada, according to research from the Mood Disorders Society of Canada.

While retirement isn't always the trigger, experts say the change in lifestyle can be a cause of some cases of depression.

It's not the job or the money that men miss so much in retirement, but the socialization and self-esteem that work brings, says Ken LeClair, co-chairman of the Canadian Coalition on Seniors Mental Health (CCSMH) and professor of psychiatry at Queen's University in Kingston.

"The best thing that can happen to someone before they retire is that they hate their job at the end. Those that have loved it and are restructured out or pushed out have a harder time," says Dr. LeClair. "If I had a recipe for good retirement it would be to have a bad job in the last three working years."

In a soon-to-be-released book about men and retirement, Victoria-based author Lyndsay Green found men have "deeply rooted fears" about leaving the working world.

That includes loss of identity after years of defining themselves as the family breadwinner, and a "profound" attachment to what they do for a living.

"Most of the men I interviewed like the structure that work gave to their life and they really like the sense of purpose. … It didn't matter if they were the janitor or the CEO. Something they were doing was contributing to the greater good," says Ms. Green, whose book is called Ready to Retire? What You and Your Spouse Need to Know About the Reality of Retirement.

Among the 44 men she interviewed between 56 and 88 – two-thirds of them at what she calls "peak retirement age" of 64 to 75 – Ms. Green learned the key to a happier retirement was having "multiple selves," which means hobbies and other activities to keep busy. Another key coping mechanism was to "admit the workplace is going to move on without them."

Some men join community groups in retirement to keep busy. One growing trend in Canada is the "men's sheds," a model that started in Australia in 1978 that helps to integrate older men into the community. The sheds, where men gather to do woodworking, bike repair and other hobbies, were targeted to men undergoing major life changes such as retirement, divorce or the loss of a spouse.

Studies have shown participation decreased self-reported symptoms of depression and promoted a sense of purpose through relationships and sharing of skills. A University of Manitoba study, published in the Ageing & Society journal, showed similar results in men who participated.

Mitch Anthony, author of The New Retirementality, says too often men underestimate the need for balance "and the value of work and what work brings to them."

The old picture of retirement, where every day is like Saturday, doesn't work for a lot of retirees, says Mr. Anthony.

"When you don't have work, your leisure takes on a different meaning. The reason golf is so much fun to so many people – or whatever their leisure activity is – is because it means you aren't at work. When you remove your work, your leisure becomes work," Mr. Anthony says. It's then that many retirees become bored, and sometimes also depressed.

"The lie behind the whole retirement model is that our age predicts our usefulness," says Mr. Anthony. "It doesn't matter how much money you have in retirement, it doesn't give you purpose." 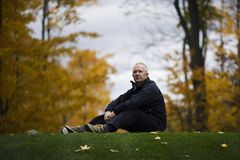 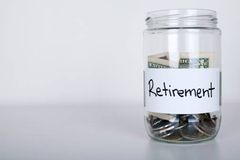