Canada's housing market has been on a terrific run, helped by low interest rates, pushing home values up and tempting downsizing baby boomers looking to add to their nest egg into cashing out.

But financial advisers say the decision to sell the family home isn't one that can be rushed and requires careful planning, with discussions starting sometimes years before you list your home for sale.

And if you don't start talking about the move well ahead of time, you could end up in a situation where your family is forced to make decisions for you.

Sophie Salcito, an investment adviser with Vancity in North Vancouver, B.C., says it is important to include your children in the discussions.

"There is definitely a very emotional part of this decision that you have to also think about and walk down the path," she says.

Ms. Salcito says it's about figuring out a client's priorities.

"Maybe they'd like to retire early and we can only really make early retirement happen if we've got funds being released from a large property that they don't need."

If you've owned your house for a long time, you'll likely look to sell for a lot more than you paid for it, especially if you live in a hot market such as Toronto or Vancouver.

The good news is that you will likely be able to avoid paying capital-gains tax on the sale because it is your home and principal residence.

But selling in a hot market could also mean having to buy in a hot market, unless you're looking to move to an area where real estate is cheaper than where you currently live.

A new condo in a trendy neighbourhood may be nearly as expensive as your house, and while selling a house will rid you of the costs and little chores you need to do to keep and maintain the property, condos come with monthly fees that can take a bite out of your budget.

And your ability to invest any of the leftover proceeds in your tax-free savings account is likely going to become more difficult because the Liberals campaigned on a promise to reduce the contribution limits on TFSAs.

Sandra Henderson, BMO's senior vice-president for Eastern Ontario, says it's important to have a realistic idea of what your home is worth and the costs associated with selling when considering a plan to downsize.

"I think most people have a tendency to overevaluate their home, so getting a third-party evaluation of your house is very important so you know what you're going into," she said.

Real estate agent fees, movers, land-transfer taxes and the cost to set up a new home will also all eat into the amount you receive from the sale of your home.

Ms. Henderson also cautioned a common mistake is to downsize into a home that ends up being too small.

"And then we're back two years later having to redo and going into something a bit larger," she said.

But selling the family home is about more than the money or reducing the number of bathrooms you need to clean.

Saying goodbye to the dining room where you hosted holiday dinners for decades can be an emotional one and not selling may be the right decision for you, depending on your circumstances.

"People underestimate the emotion of leaving that home that they've been in for decades," Ms. Henderson said. 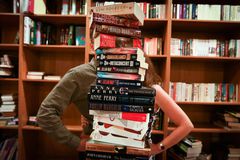 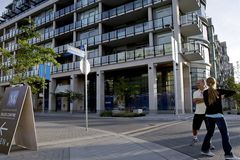 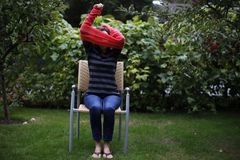