The 76-year-old professor emeritus from the University of Western Ontario bought a home in Barrie, Ont., a few years ago with his wife, and it's where he hopes to live out his retirement. "Until the end – God willing – we expect to live in this house," he says. "I have no intention of moving into a condo or apartment or seniors' home."

Mr. Taylor isn't alone in wanting to stay put. In 2011, 92.1 per cent of the five million seniors aged 65 and over in Canada lived in private households. Conversely, 7.9 per cent lived in retirement residences and long-term-care facilities, according to Statistics Canada.

Living at home requires solid financial planning and good health – two things Mr. Taylor has thought of and is fortunate to have.

To begin with, he makes his health a priority. Currently on "zero" medications, he works out 11/2 hours a day on a stationary bicycle, a habit that recently led to encouraging news from his doctor. "I have the cardiac health of a 42-year-old," Mr. Taylor says. He also plays competitive bridge 20 hours a week and hunts and fishes with his friends in Northern Ontario. Many weekends, he drives to Ottawa to visit four of his grandchildren.

With two university pensions, he and his wife are financially equipped to deal with the costs associated with living at home. Although "it costs $2,000 to run the house every month, it won't be a financial difficulty for us," Mr. Taylor says.

"People who want to stay in their homes need to maintain their well-being," says Patty Clark, national executive director of the Active Living Coalition for Older Adults in Shelburne, Ont. That encompasses both physical and mental health. "Once they have a fall, the decline can happen so quickly."

Ms. Clark says an assessment of the home by an occupational therapist can help identify safety issues. She says common mistakes are scattered carpets and electrical cords, which pose a trip hazard, as well as low lighting, which reduces visibility. The installation of grab bars can be helpful for those with mobility challenges, and a panic button worn on a strap around the neck can connect a wearer with a monitoring centre, summoning help in the event of a fall or medical emergency.

Ensuring one's mental state is sound is also paramount. "Social isolation is a bigger risk than smoking," says Ms. Clark, adding it can lead to anxiety, depression and a less-active lifestyle. She suggests retirees connect with friends and family, or join clubs or groups that force them to socialize regularly.

Sheila Patterson, a 79-year-old Toronto resident and former teacher, certainly recognizes the value of maintaining her friendships. Having lost her husband of 54 years in 2014, she makes sure that she gets out of her bungalow two to three times a week for aquafit classes, or attends university lectures. She's also thought of her safety in the future, having installed grab bars and a ramp. "I've got good neighbours on both sides should I fall," she says.

Ms. Patterson also has the funds required to continue living in her home, with a modest teacher's pension and her husband's survivor pension coming in. "I'm able to have a snow-plowing and lawn-cutting service," she says, "as well as a cleaning lady every couple of weeks."

While seniors such as Ms. Patterson may need minimal assistance now, Mark Goliger, chief operating officer of home care provider Right at Home Canada, in Burlington, Ont., says people typically need the most support in their homes when they're in their 80s and 90s. "They are probably dealing with two chronic conditions and are on eight to 14 medications," he says.

One issue they need to manage is their drug adherence, as failure to do so can lead to falls and a reduced quality of life. To avoid medication mix-ups, seniors can hire a private nurse practitioner to assess their medical files and manage their health-care appointments, a service that can cost $1 to $2 a day, Mr. Goliger says. Similar types of medication-monitoring services may be partly or fully subsidized, depending on the province of residence. In Ontario, for example, Community Care Access Centres will assess seniors' eligibility for a variety of caregiving services paid for by the province.

Mr. Goliger says part-time caregiving, which involves two to three visits a week for a few hours to assist with dressing, running errands and making a meal costs an average of $1,500 a month. Full-time caregiving runs closer to $4,000 or 5,000 a month – a figure that equals monthly payments at some higher-end retirement residences. That's in addition to house maintenance, modifications and repairs, though seniors might qualify for some provincial grants.

If a person can no longer cook, a meal service can be arranged to bring in frozen or fresh dinners each day through a private or volunteer service in the community. Cleaning services charge upward of $75 to $100 a cleaning session. Then there are window-cleaning fees, housekeeping, gardening services, and the costs of taxis or bus passes.

"Having money set aside is key," Mr. Goliger says.

Lise Andreana concurs. The founder of Burlington-based financial investment firm Continuum II Inc. and author of Financial Care for your Aging Parent says financial security should be assessed at retirement. "How much income is guaranteed? If you're a retired teacher or principal, you're never going to have to worry about income. If they're relying on their own investments, they need to be more cautious. That income isn't as secure – especially in these markets."

For those without a pension, they "need to be a lot more concerned about their longevity risk," Ms. Andreana says. "Because if they live a really long time, there's a potential for running out [of money]."

The costs of caregiving, household expenses and transportation can add up until it no longer becomes viable to remain at home. "That can quickly escalate beyond what it costs to stay in [your own] residence," she says, leading to a re-evaluation of living arrangements.

Ms. Andreana says that, for her and her husband, their own benchmark will be their ability to drive. "As soon as we lose our driver's licences, we're checking in [to a private retirement residence]," she says. By that point, "you've lost a lot of key skills," and she knows the expenses of the care they'll need to stay at home will be prohibitive.

As for living out their days in their own home, many seniors need to remember that their circumstances may change over time, necessitating a change in their living situation. "We're living longer and longer," Ms. Andreana says. "The longer we live and the less family support we have around us, the more unviable that becomes."

Will this couple have to sell their house to finance their retirement?
March 4, 2016 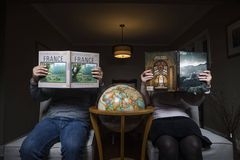 Why demand for retirement lifestyle communities will only increase
January 31, 2016 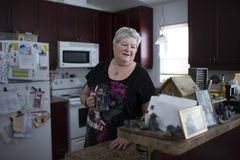