At 54, Lewis is feeling burned out. His high-pressure executive job pays well, but he longs for the day when he can pack it in and take a lower-paying position with less responsibility. He'd like to do that for a few years, then retire completely. His wife, Linda, wouldn't mind retiring as well. She is 50. Together, they earn about $280,000 a year.

Trouble is, they are up to their ears in mortgage debt mainly because of the lakefront cottage they bought about eight years ago. They also have a rental property. They have three children living at home, with the youngest starting university this fall. Their retirement spending goal is $70,000 a year after tax.

Once they've quit work completely, they plan to travel, spending a couple of weeks in Europe every other year and winters in Florida. "How many years do I need to keep working in my current job before I can scale down to something else?" Lewis asks in an e-mail.

They'd prefer to keep all three of their properties but realize that may not be possible. They wonder if they should sell their house and move to the cottage. "Every time we go [to the cottage], we think how much we love it there, but we are concerned about the isolation," Lewis adds. They want to hang on to the rental property because they figure it will generate about $800 a month when the mortgage is paid off in 10 years.

Lewis could quit his high-stress job tomorrow for a lower-paying one if they were mortgage-free, Mr. Henein says. They have $593,000 in mortgage debt that is costing them $6,120 a month.

To rid themselves of this debt, they would have to sell the cottage and the townhouse, using part of the proceeds to pay off the mortgage on their principal residence. Then Lewis could pick up a job paying $75,000 a year (by his own estimate).

They'd be on sounder footing, though, if Lewis continued at his high-paying job for another five years, Mr. Henein says. Both spouses have defined contribution pension plans – similar to RRSPs – at work. Combined employer and employee contributions are $21,000 a year for him and $12,000 a year for her.

"If he keeps his current job for the next five years, they can retain all the properties until retirement and retire comfortably," Mr. Henein says. They have about $800,000 in RRSPs with annual savings of $32,000. "Compounding this at 4 per cent for the next five years would give them $1.15-million," Mr. Henein says. Drawing 5 per cent a year would give them $55,000 a year in retirement.

Add early Canada Pension Plan benefits at the age of 60 (about $7,000 each) and Old Age Security at 65 ($6,000 each) and they'd have $81,000 a year before tax by the time they are both 65. Lewis could make up the income shortfall in the early years by working at a less-stressful job, or they could draw on their tax-free savings accounts.

"This is sustainable beyond age 90 assuming a 4-per-cent annual return and a 5-per-cent drawdown," Mr. Henein says.

"This puts them right on the cusp of not meeting their retirement objectives," Mr. Henein says. Add in CPP and OAS and they'd have $55,000 a year after tax at 65, short of their goal.

In the early retirement years, they would face a substantial income gap that would have to be filled by drawing on their TFSAs or working longer. Their $91,000 in TFSA savings will grow to about $110,000 in five years, the adviser estimates. Withdrawing the same 5 per cent a year would likely be enough to cover the gap in their retirement spending. They could also consider spending less.

Either way, the cottage, with its heavy debt load, will have to be sold, and likely the money-losing rental property too, Mr. Henein says.

"The tougher decision is selling the cottage and the rental now rather than at retirement," he says. "It's a tough one with no clear answer. It's really a matter of personal preference."

The problem: Lewis is burned out and wants to quit his stressful but lucrative job as soon as possible without wreaking havoc with their retirement plans.

The plan: Stay in their current jobs another five years, sell the cottage and maybe the townhouse, and then Lewis can take a less stressful job.

The payoff: A secure retirement with their income target met.

How would a career change for her affect this couple’s retirement?
April 22, 2016 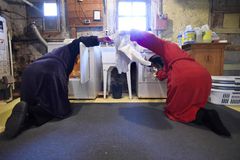 With a late start on retirement savings, can this couple meet their goals?
April 15, 2016 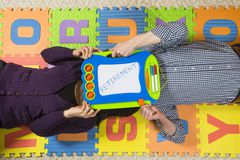 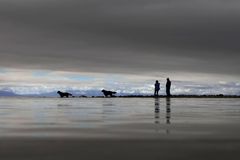