High-income baby boomers are heading toward a massive wall of disappointment in retirement, a prominent investment adviser says in an epic rant of frustration.

Kurt Rosentreter's outburst is titled Isn't Life Good? I make $250,000 per year. It's a smoking hot must- read if you're a well-off boomer looking ahead to retirement or an adviser working with clients like this.

Mr. Rosentreter is a highly credentialed financial adviser, accountant and author. He gets a lot of boomers who come into his office to discuss the possibility of working with him and then disappear. These are people who, well, let's let Mr. Rosentreter describe who he's writing about:

"You have money for one or two out-of-country vacations a year, likely had a nanny for the kids longer than you really needed to, think nothing about updating to the latest tech gadgets (e.g. an iPhone) for not only you, but all the kids as well. You pay people to cut your grass, shovel your snow and clean your house. You are the organic food buyer at Whole Foods, belong to at least one 'club' with high annual dues and of course you are the driver of an Audi, BMW, Land Rover or Lexus."

Mr. Rosentreter finds that some of these people have unused room to contribute to registered retirement savings plans, while others have substantial retirement savings into seven figures. What unites them is that they are not saving enough to keep the same lifestyle after they retire and uninterested in fixing this by spending less.

"These are all bright people," Mr. Rosentreter said in an interview. "But there's a bit of a herd mentality. It's a bit of being caught up in the moment, it's a bit of thinking I've got so much money that it's going to be okay."

The latest thinking in the never-ending debate about how well prepared people are for retirement is that boomers are pretty well set. They have company pension plans in many cases, the stock markets were good to them over the decades and their houses have soared in value.

Mr. Rosentreter said his issue is not that these boomers are going to be destitute when they retire. It's more that they will not be able to afford the luxuries to which they've grown accustomed. One retirement-age couple he saw recently had what they considered to be substantial savings and an expensive house, but they were spending $200,000 a year after taxes.

Mr. Rosentreter told them they haven't saved enough to sustain that lifestyle and said suggested they look at options like cutting their spending. "I never say this kind of thing in first meetings because that's not the way to win a client. And, not surprisingly, I haven't heard from them."

To be clear, Mr. Rosentreter is not talking about everyday Canadians. He also wants his clients to know he's not talking about them. Basically, this is a niche issue: High earners who won't curtail their lavish spending so they can sustain their lifestyle in retirement.

There's a more universal aspect to this situation, though. It all stems from the idea that we deserve cars, toys and trips, consequences be damned. Mr. Rosentreter sees a life cycle of acquisitiveness that starts when people are in their 30s and too strapped by the cost of kids and mortgages to spend much.

In their 40s, money starts to free up and they catch up on cars, vacations and home renovations, or they move to a more expensive home. In their 50s, their finance resources are often directed to paying the cost of college or university for their children. By the time they get to retirement, their options for maintaining their lifestyle are downsizing to a small condo or a cheaper locale outside Toronto, or working longer.

Downsizing to something more modest is a no-go with most people, Mr. Rosentreter finds. And the working longer option, while it may sound doable for career-loving boomers, is no sure thing. People close to retirement are often at the high end of their pay scale and thus an obvious target for corporate cost-cutting. Consulting might be an alternative, but that presents the challenge of earning enough money to make a difference. 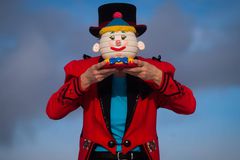