One thing that helps make retirement affordable is you generally don't need to spend as much money to maintain your standard of living compared to what you spent in your middle years.

But figuring out how much less isn't simple. Advisers often use the rule-of-thumb that retirees need 70 per cent of the income they had in their peak earning years. A more realistic "income replacement ratio" for most retirees is probably between 50 per cent and 70 per cent, but it is often less and could be more.

While those ratios can help if you are a young person just starting to save for retirement and looking for a rough number, if you are an older Canadians nearing retirement you would do better to figure out the actual dollar cost of the lifestyle you want. That way, you don't have to postpone your desired retirement date thinking you need a 70 per cent ratio when in fact you could afford to retire when you want.

"The 70 per cent is a rule-of-thumb we can stop using and instead use real numbers," advises Annie Kvick, a fee-for-service certified financial planner with Money Coaches Canada in North Vancouver, B.C.

Looking at what others spend to live well in retirement can help. In what follows, we describe how two couples live fulfilling retired lifestyles at two different budget levels, one modest and the other moderately affluent.

A Victoria couple who we'll call Pam and Rob Taylor are close to 60 and live a comfortable retirement on a modest budget of $53,100 including taxes. Careful spending on basics like groceries leaves plenty of money for extras like travel. (The names of our two couples have been changed to preserve their privacy.)

A Vancouver-area couple in their 60s who we'll call Joan and Daniel Fraser are in transition to retirement and can afford to do more things than the Taylors. Their budget is 61 per cent higher, a more ample $85,700 a year including taxes. Like the Taylors, they economize on things that don't add particular value so that they can spend more on what is important to them, but they have more money to reallocate.

The average seniors budget falls in-between the amounts spent by the Taylors and Frasers. Senior couples in Canada (both spouses over 65 with no additional family members in the household) spent on average $67,900 including income taxes in 2016, according to custom analysis by the government from the Statistics Canada Survey of Household Spending.

If that sounds low, remember that postworking life is often surprisingly affordable because large midlife costs, such as paying off a mortgage, raising kids, and saving for retirement, are often finished. Generally you pay down and eventually pay off the mortgage. Costs of rearing and educating children end when they become financially self-sufficient. With retirement, you no longer have CPP and EI deductions, you're generally finished with pension deductions and saving, and you may spend less on clothing and transportation. As you need less income, you pay less income tax. On the other hand, childless renters won't see nearly as much drop-off in costs. Some retirees are still carrying a mortgage or helping their children financially. Individual circumstances vary.

Careful spending helps the Taylors achieve typical middle class comforts on a modest budget in Victoria. "We don't try to 'save money' on the basic items," says Pam. "We just never felt the need to spend more money on them." The Taylors budget only $31,800 on basics, which allows them a comfortable $15,300 for extras, as part of a total budget including income taxes of $53,100.

Earlier in life, this frugal nature combined with well-paying technology jobs allowed them to accumulate savings quickly and retire ten years ago around age 50. Their situation also shows why using a 50 per cent to 70 per cent income replacement ratio can mislead–their retirement spending is well under 20 per cent of preretirement earnings after adjusting for inflation.

The Taylors live in a mortgage-free three-bedroom house. Because it was only built 10 years ago, they enjoy low repair and maintenance costs. They drive a mid-level car, although it is 14 years old. They exercise inexpensively, swimming in public pools and hiking in nearby hillside trails. They have accumulated a wardrobe of good quality clothes and see no need to spend much on new clothes. They do like to eat well and so spend ample amounts on groceries, but they also carefully shop grocery store specials.

They plan for two major trips in 2018 as part of their $8,000 travel budget, one to Eastern Canada and a winter trip to a sunspot. They stretch their travel dollars by: careful online comparison shopping, avoiding peak seasons, booking far in advance, and sometimes using alternative accommodation like Airbnb or a house-swap.

To Daniel Fraser, retirement isn't an end to work, but rather it is working at whatever he wants to do. Since he retired from his career job as a community college professor just over two years ago, he has worked as a musician and volunteer refugee settlement worker. "I have a complete choice as to what I work on, and I don't have to worry how much I'm getting paid for it, which is a great liberation," says the Vancouver resident, now in his mid-60s.

He performs in a musical group, which brings in a little money and lots of enjoyment playing at weddings, colleges, legion halls, and clubs. He volunteers helping refugees from Afghanistan, Iraq and Syria adapt to Canada. Joan, who is in her early 60s, finds satisfaction for now continuing her career as a public school teacher.

Also unlike the Taylors, the Frasers carry a $120,000 mortgage and pay $6,000 a year in minimum mortgage payments. However, their 3,000-square-foot house is worth about $1.5-million in the Vancouver area's hot housing market. Carrying a mortgage into retirement isn't ideal, but Daniel preferred that to working longer at his career job. They made sure the mortgage payments fit within their budget and they have plenty of home equity as back-up. "If I continued working, we could erase that (mortgage) pretty quickly. But I like doing what I'm doing and that's worth a lot."

They take other steps to hold down housing costs. This includes deferring their annual property taxes of $4,300 a year under a B.C. government program available to B.C. homeowners age 55 and older. Daniel keeps repair costs down on their 1940s house by doing much of the work himself, including carpentry, painting, electrical, and plumbing.

The Frasers drive a mid-level car that is over 20 years old. When they need rides at the same time, Daniel might get on his bicycle, or they rent a car from a ride-sharing program. Health and dental costs are minimal due to generous employer benefits that continue in retirement.

As part of their 'extras', they budget $10,000 for travel, often defraying costs by staying with friends. This year they plan to visit Europe and a sunspot location during colder months, plus make regular visits to an aging parent in the U.S. They are both arts enthusiasts and like to attend clubs and concerts, contributing to $3,700 spent on recreation and entertainment. Daniel is an avid sailor who sails inexpensively by crewing for friends who own boats. However, their spending isn't all personal consumption. They budget $7,000 –10 per cent of after-tax income – for contributions to their church and other charities.

While looking at what others spend in retirement can help you figure out how much you'll need later, another approach is to start with a detailed breakdown of what you currently spend. Then adjust it for the changes you envision as a result of lifestyle changes in retirement. This Globe calculator can help you find your replacement ratio. 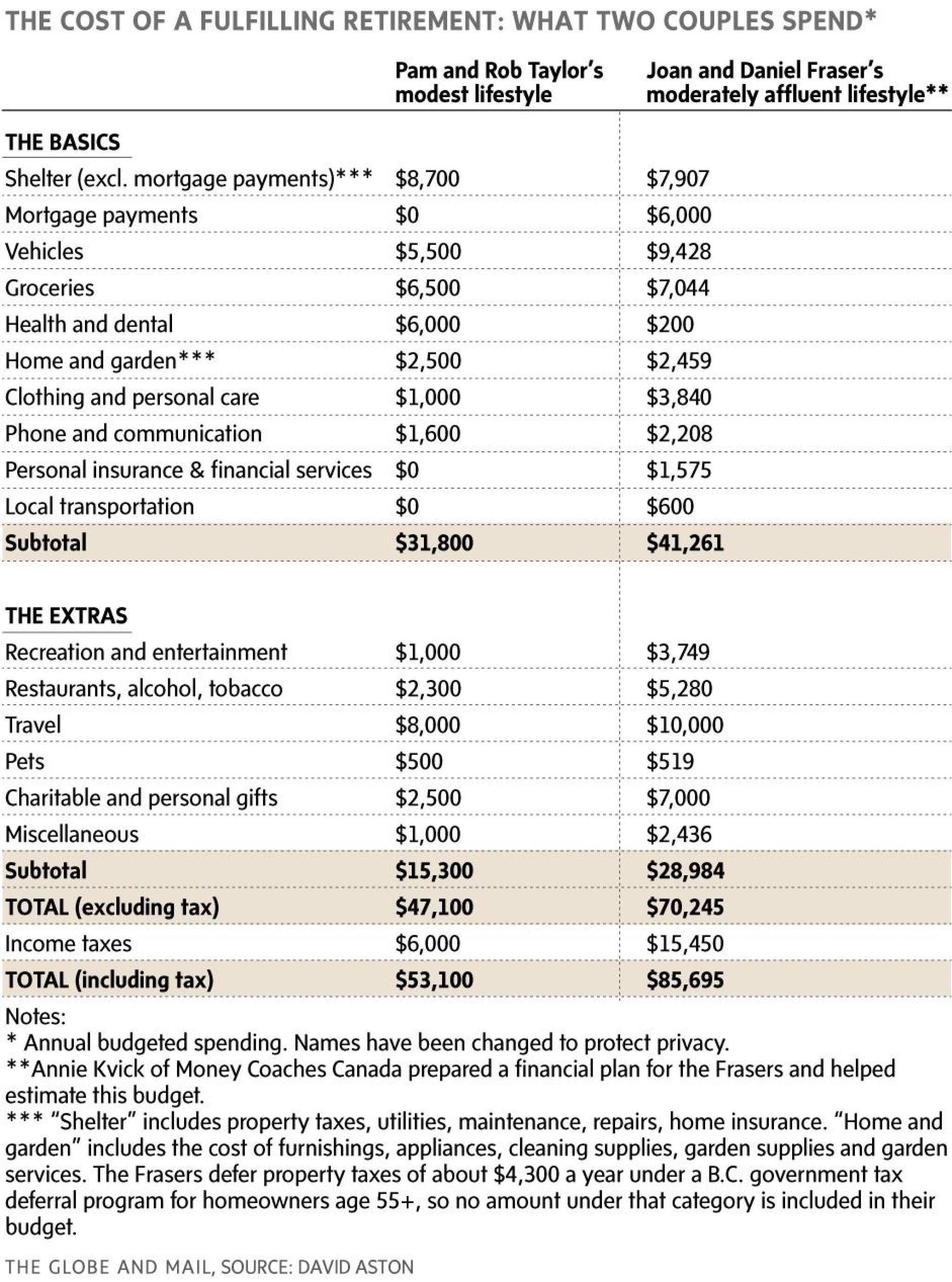 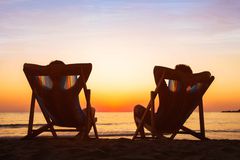 Widow looking to move back to Toronto. Should she buy or rent?
March 16, 2018 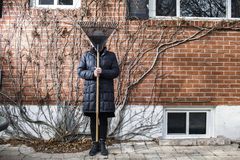 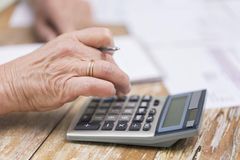 Two single women, two different budgets: What do their retirements look like?
February 28, 2018 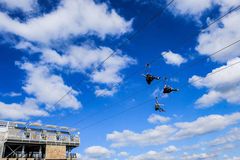