The dos, don’ts, and don’t-ditch-thats of downsizing: Two stories from either end of the big move, and some advice from an expert for those who are thinking about making the move to a smaller place. 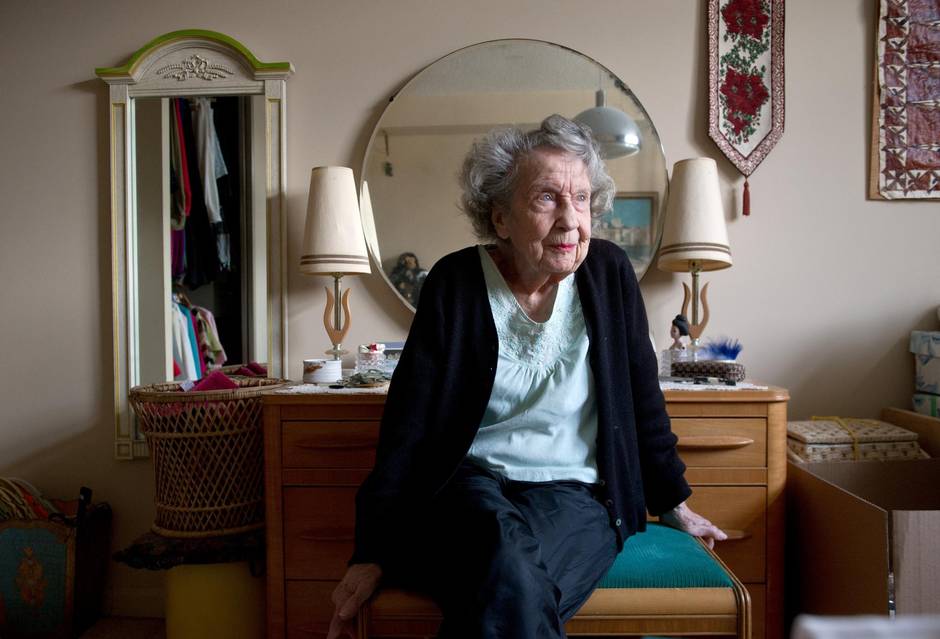 After nearly 40 years in her Scarborough condo, Edna Rigby made the move to a retirement residence in Richmond Hill, Ont. (Galit Rodan for The Globe and Mail) 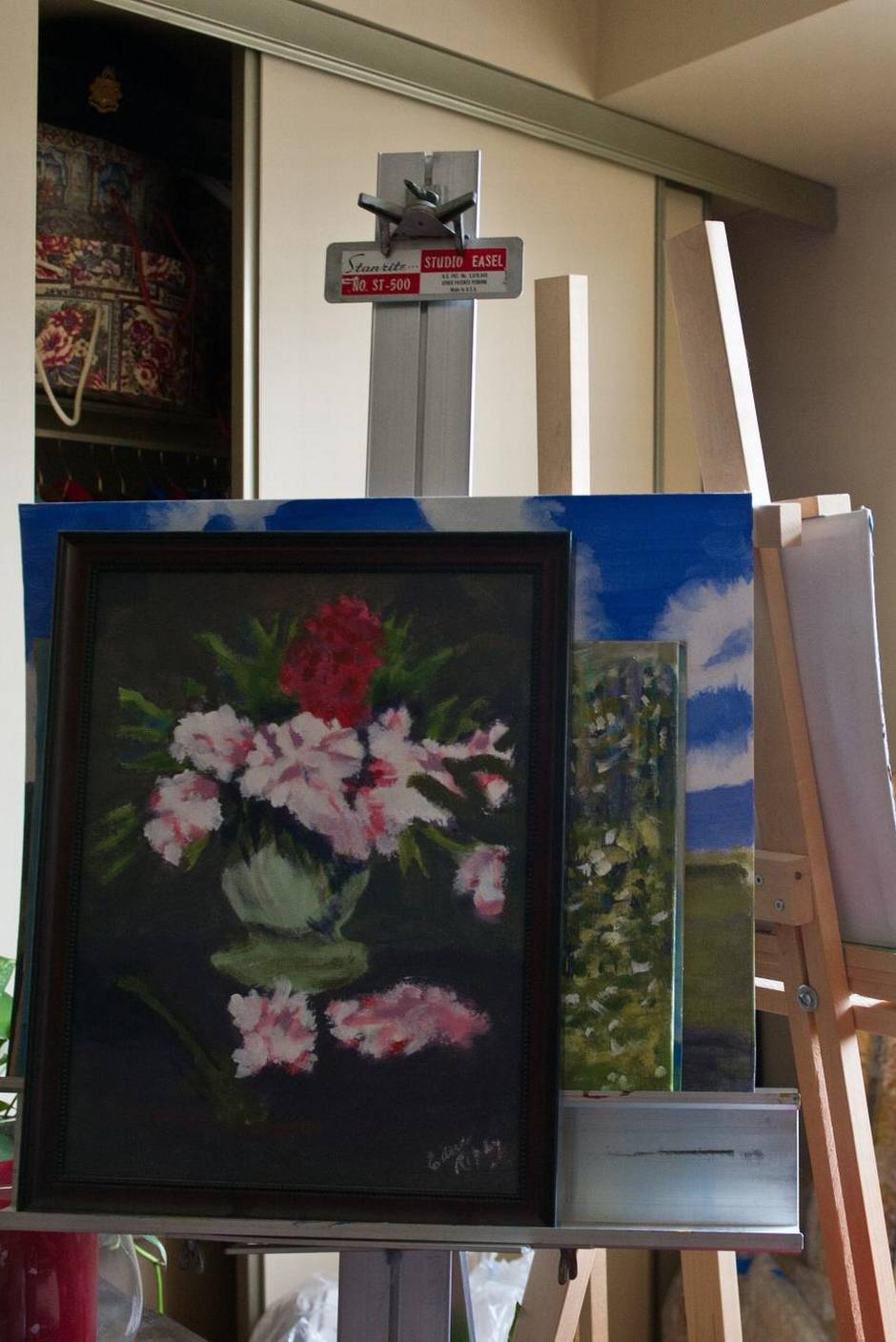 Ms. Rigby used to spend a lot of time painting, even taking a trip to Italy to take classes for it. “It’ll probably go in the craft room, rather than her suite, but it’ll give Edna the opportunity to paint again,” Ms. Shields says.

Sitting on her couch in a living room filled with boxes, Edna Rigby gestures across the room to Gail Shields. “The packers are making up their own mind in some cases,” she says. “Which, of course, I’m not enthusiastic about.” They both laugh.

After nearly 40 years in her Scarborough condo, Ms. Rigby is moving to a retirement residence in Richmond Hill. The day before the big move, she let The Globe and Mail into her home to get a glimpse at the process. Ms. Rigby, a retired accountant, doesn’t want to reveal her age – “I’m sort of quiet about things” – but suffice it to say, she’s collected a lot of things in her time in the condo. 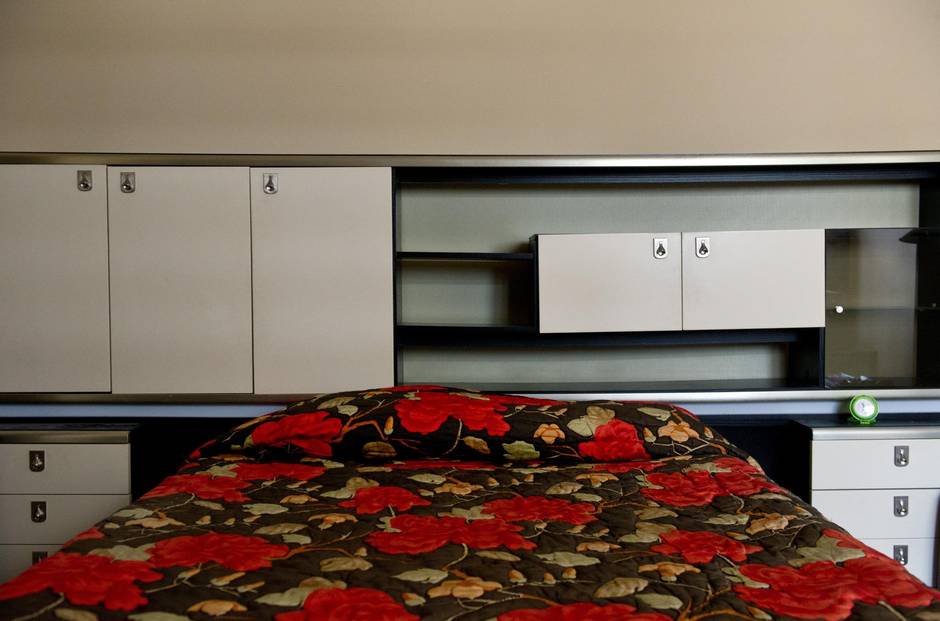 “I got it when I moved here,” Ms. Rigby says. “It’s from DeBoers – remember that store?” The room-spanning headboard was too big for many retirement homes, but Ms. Rigby eventually found one where it will fit. “She absolutely has to have these things around her to feel like she’s home,” Ms. Shields says. “My favourite saying is, ‘Familiarity breeds content.’” (Galit Rodan for The Globe and Mail)

“I’m the kind of person who likes everything I have,” she says with a smile.

Downsizing is often a crucial step on the way to retirement, but it can be a struggle. Ms. Shields is a partner at Downsizing Diva, a Toronto-based company that helps people through the struggle of moving somewhere smaller. She is used to clients clinging to their belongings, and is skilled at easing them into letting go.

For two weeks, Ms. Shields has been helping Ms. Rigby pack for the big day. Boxes and furniture marked with blue tape will come with her; those marked with green tape will be sold through one of the many buyers Downsizing Diva partners with. The pair, who met last October, have developed a rapport that can come across as squabbling, but is really just friendly chiding. 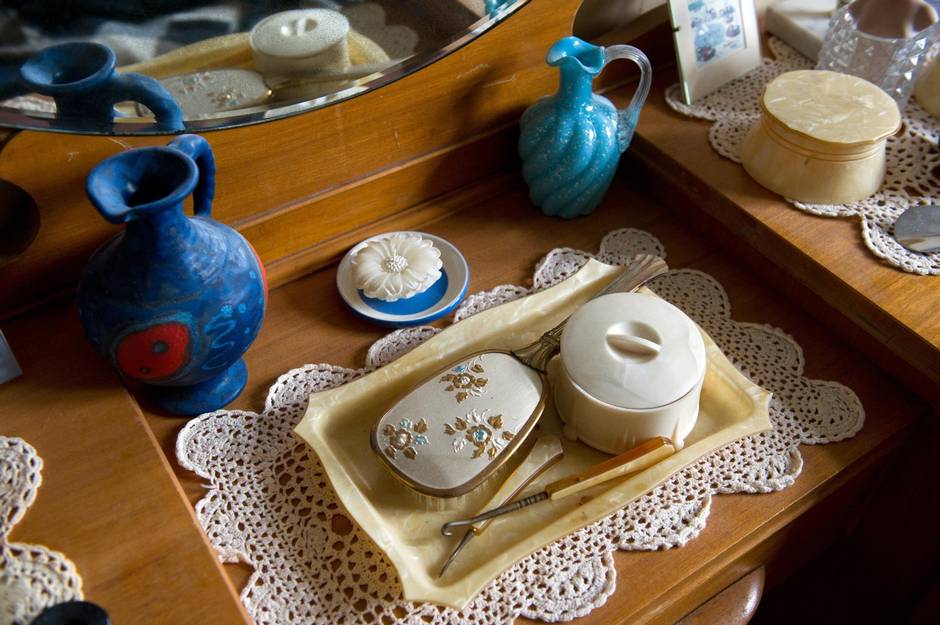 This Vanity once belonged to Ms. Rigby’s mother, but there is no room for it at the retirement home. So she is shipping it to Edmonton, where her grown daughter will be its third-generation owner. (Galit Rodan for The Globe and Mail)

Ms. Shields even knows when to make concessions to clients such as Ms. Rigby. “You’re taking some of those high-heeled slingback shoes,” she tells her client, whose mobility prevents her from wearing them much anymore. Like a whip, Ms. Rigby immediately retorts: “Yes, well, I have a lot of shoes.”

The remainder of her shoes, as well as a lot of the ornamental things lying around the condo, will be sold. So will her excess jewellery and furniture. But she has picked a few important things to keep. 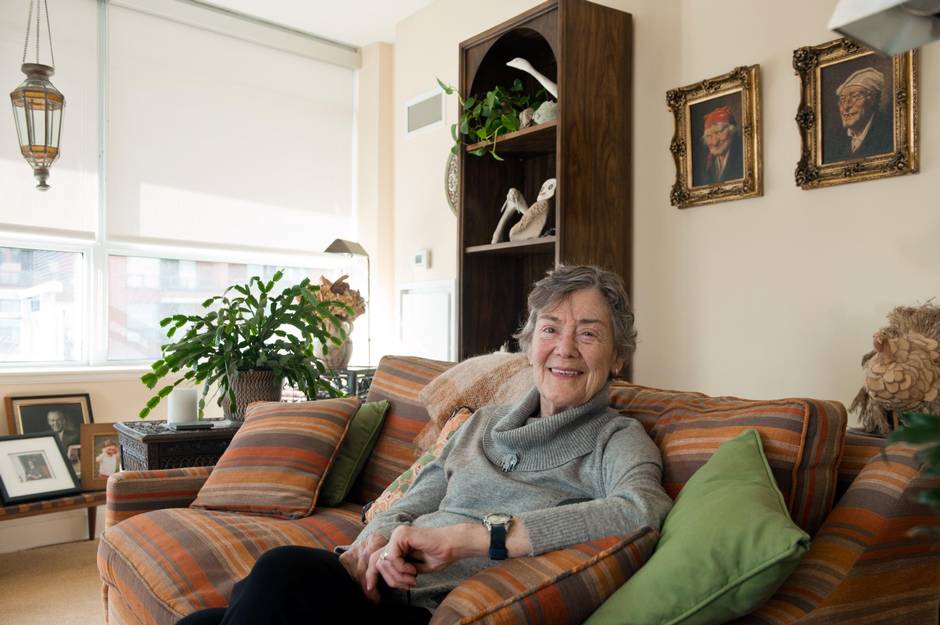 Arden King moved from a four-storey Victorian house to a midtown Toronto high-rise residence in 2010, after her husband died. (Galit Rodan for The Globe and Mail) 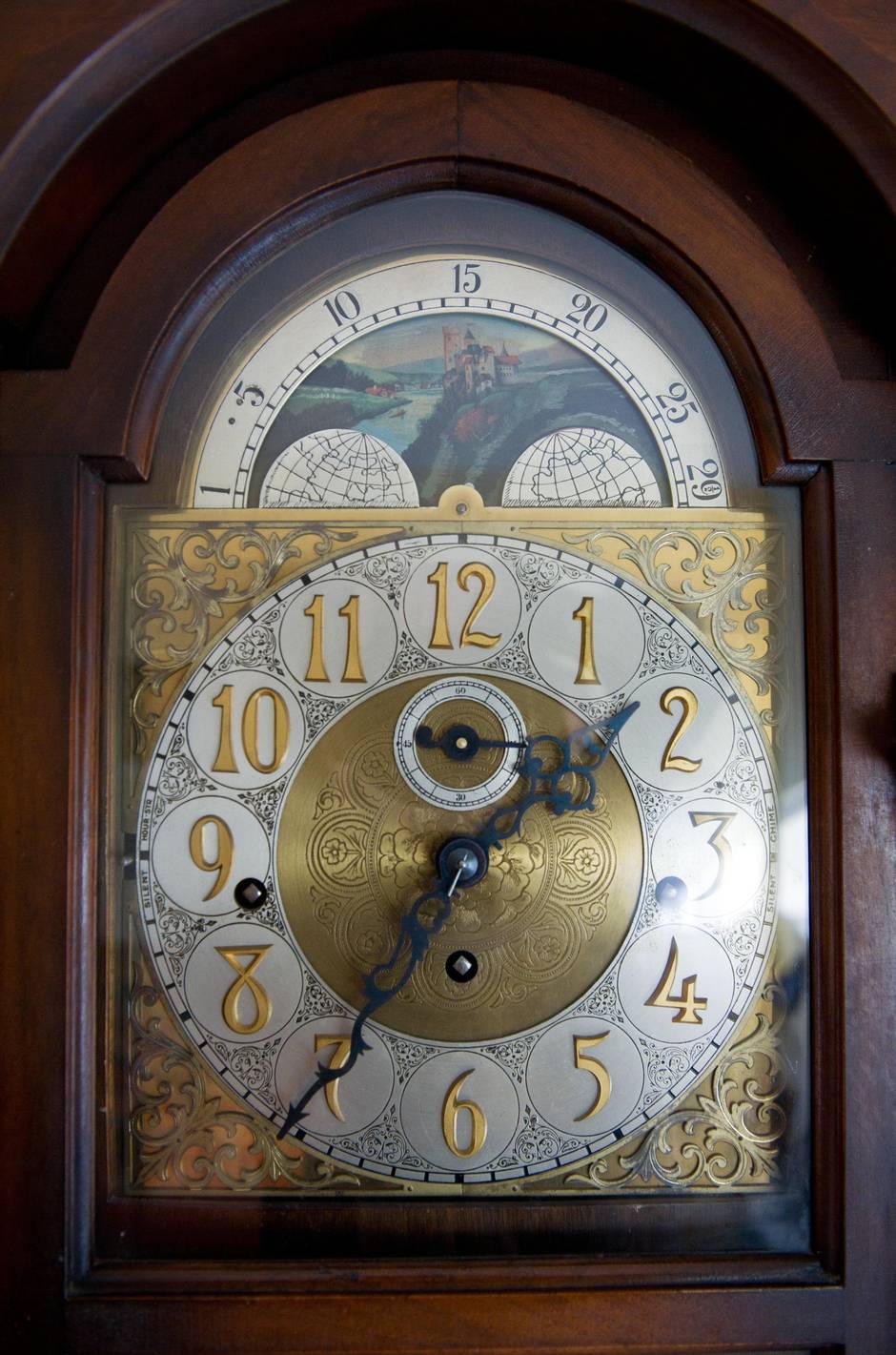 “That has been in my husband’s family for years and years,” Ms. King says. “It’s not a grandfather clock – it’s a grandmother clock. I had no idea. I’ve set it so it doesn’t bong any more, because it’s too close quarters.” (Galit Rodan for The Globe and Mail)

You only have to look inside Arden King’s oven to confirm she’s enjoying life in her retirement home. Since meals are prepared for her now, it has become her secret wine cellar. “It’s perfect,” she says, pointing out that “we did have the presence of mind to take the fuse out of the fuse box.”

Ms. King, now 80, moved to a midtown Toronto high-rise residence in 2010, after her husband died and her four-storey Victorian house stopped appealing to her aching joints. “I came home and looked at those stairs and said, ‘No, we’re out of here.’” 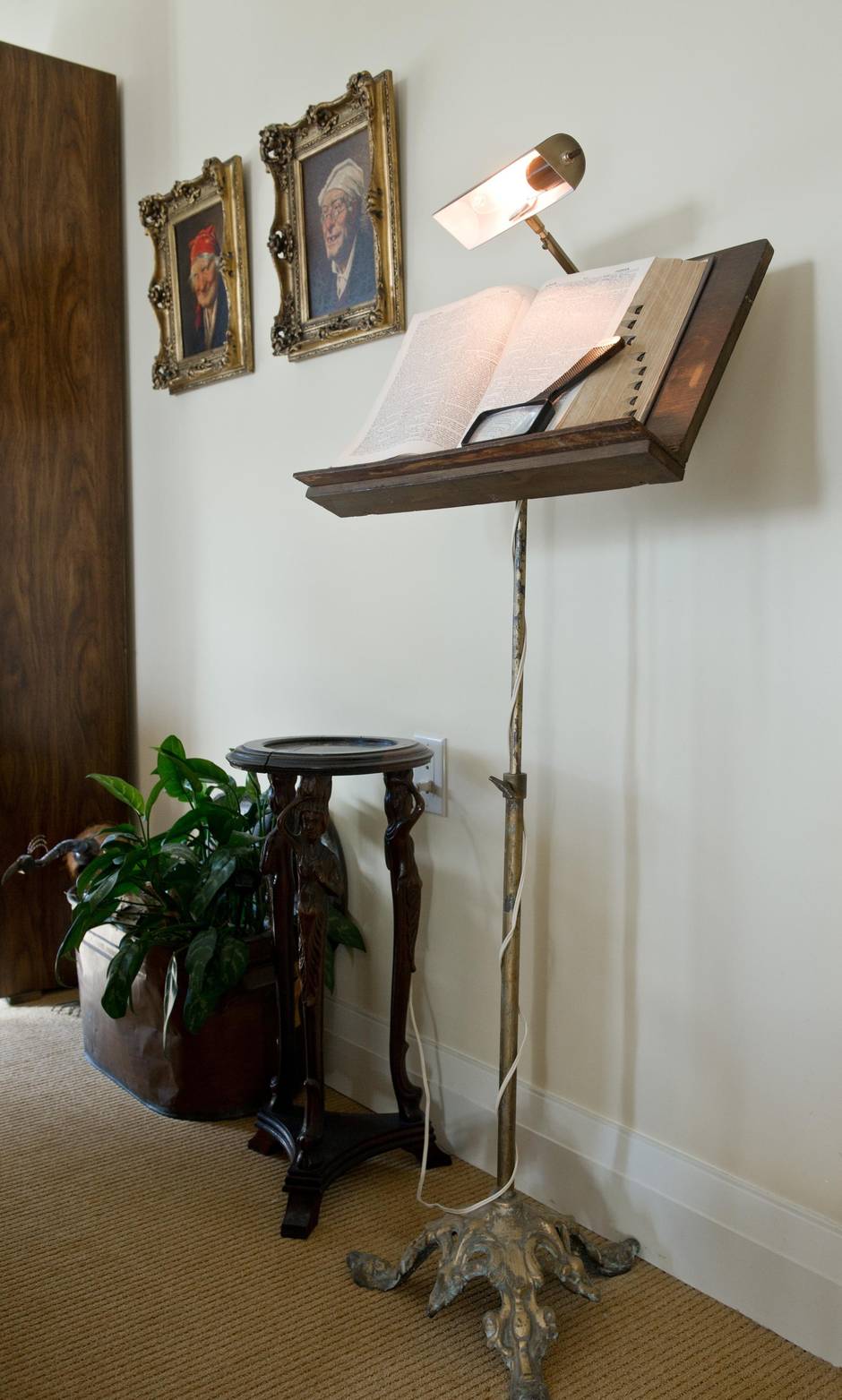 “This is actually on a music stand.” It’s the 1955 Shorter Oxford English Dictionary – meaning somewhere out there, there’s an even bigger version. “I brought it because I use it all the time, and also because it belonged to my dad. They have words in here that they don’t have in the newer ones. It’s that old.” (Galit Rodan for The Globe and Mail)

The house was packed to the gills after 40 years. But the retired advertising production professional was methodical in clearing it out to sell, which helped her afford the luxuries she now enjoys. After recruiting professionals – also Downsizing Diva – to help her assess how much stuff she could fit in her new space, she invited her children and grandchildren over and offered strict instructions.

“I asked them to choose their favourite thing that they had given me over the years, and I would take that,” she says. The rest would be sold. “No feelings were hurt – it was just great.” 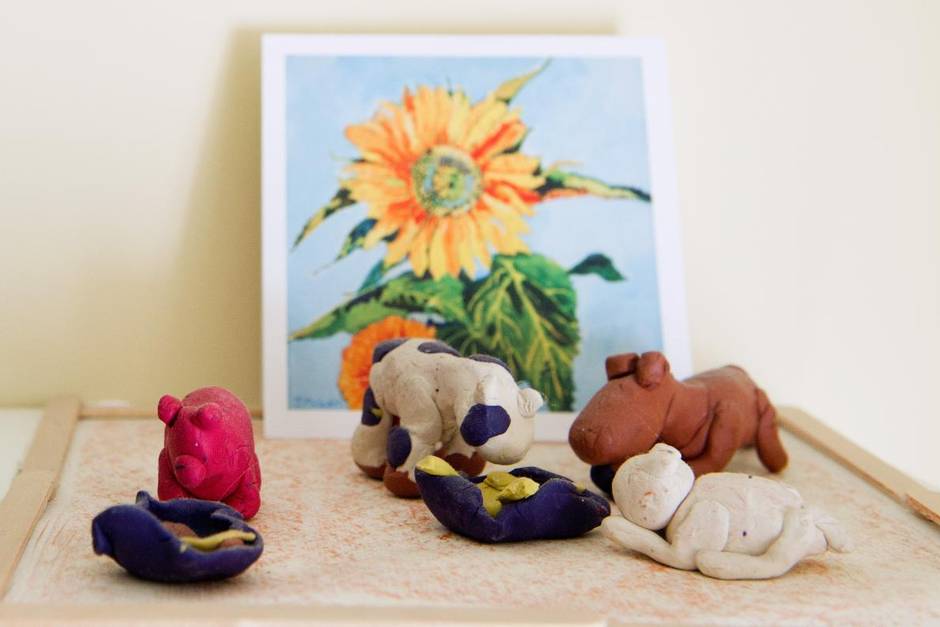 When Ms. King asked her granddaughter Pilar to pick something for her to bring to her retirement residence, Pilar picked a mask she’d made at school. But Ms. King also brought along some of Pilar’s handmade figurines. “My granddaughter made these for me for Christmas. Isn’t that adorable? She was about 5. Look at the detail on this.” (Galit Rodan for The Globe and Mail)

Her children and grandchildren were welcome to keep anything they wanted, too, but if they didn’t call dibs, it was out the door. Ms. King held an estate sale and buyers came to price everything.

One thing to keep in mind, she says, is to move into the new space before getting rid of everything. “When you get here, you’re like, ‘Oh gosh, I really miss that.’ Or, ‘That stool takes up too much room, so it goes back.’” To stay safe, she kept a few things in a storage locker in the early days of moving, just in case she or her children changed their minds about something.

Because Ms. King was pragmatic about the process, she has few regrets. “It helps if you don’t get too emotional about it, because it is an emotional experience.” 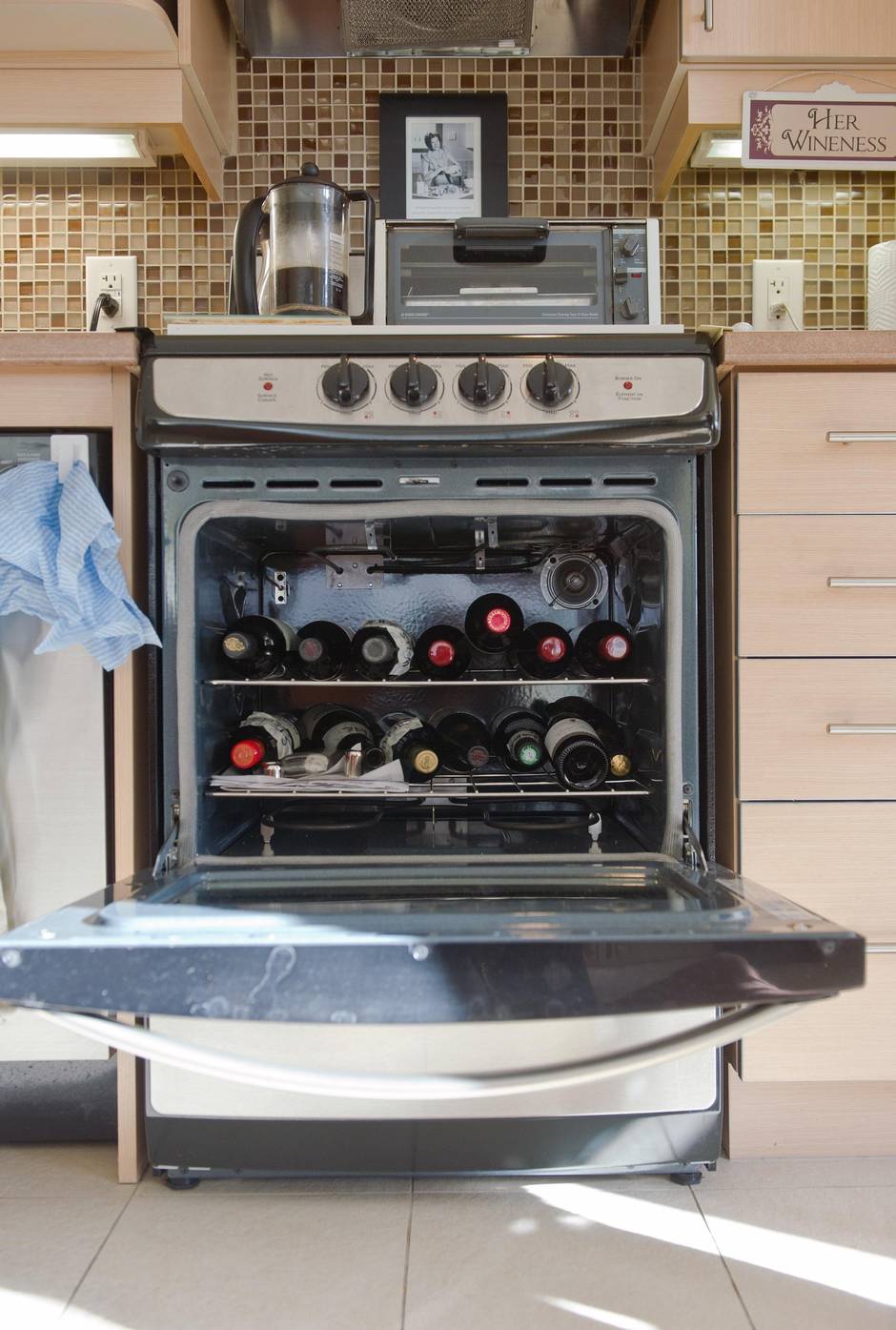 Ms. King converted her oven to a covert wine rack, since staff at her retirement residence take care of cooking for her. “Well,” she says, “the racks were already there.” (Galit Rodan for The Globe and Mail)

1. “The first thing to think about is what you’re going to need in your new place. People aren’t used to thinking of yourself first.”

2. “Check with family members to see if there are items they may be interested in. But don’t be disappointed if they say there’s not much they want. They’ve acquired things in their life, too.”

3. “If you’ve got good china, take it to your new place. And the good silver, and the good crystal. If it’s not good enough to use now if you’re downsizing, why the heck have you been holding onto it for all these years?”

4. “Never underestimate the fear that finding things in your attic or basement will generate. Condos and retirement residences don’t have attics or basements.”

5. “At the end of the day, furniture is mathematical. Downsizing comes down to numbers. You can’t fit a four-bedroom house into a two-bedroom condo.”