When Great Big Sea went on hiatus a couple of years back, Murray Foster was faced, he says, with "putting together another jigsaw puzzle of income." After a dozen years with the band, he began looking for ways to put his talents to work. But he was resourceful.

The Moxy Früvous co-founder and Great Big Sea bassist began teaching music, most recently at Seneca College; he wrote, directed and produced the film The Cocksure Lads; and he has begun working both with a not-for-profit and his own startup.

Amid all those gigs, what is his retirement plan? His house, half of which he already rents to tenants.

"I think my retirement plan is going to be me moving out of Toronto and renting both units in this house," says Mr. Foster, 48.

Artists are used to sacrifice, and making do in a big city is rarely an easy game in the world of precarious income. But they're also inherently creative – and can leverage that skill for financial stability, both now and for retirement.

It has long been common for musicians, for instance, to lend their skills to others as producers, songwriters and session musicians. But it is becoming common to think outside of the box, too. Kathleen Edwards took an indefinite break from music to open Quitters Coffee outside Ottawa, hosting occasional concerts there. Joel Plaskett operates a studio out of Dartmouth, running an "emporium" next to it featuring a barber shop, record store and cafe. Even Drake, whose brand needs no boosting, transposed that brand into a growing line of apparel and is the face of Apple Music.

It's simply unlikely that one can survive off purely artistic pursuits, says Sarah Hopen, a Hamilton-based bookkeeper with a history of working with artists. She became a bookkeeper to pay the bills while in art-therapy school, and it eventually became her day job. "Artists just don't survive off their creative income," she says. "Letting go of that as soon as possible can let people get the lives that they want."

This can mean a day job, sure, but artists are creative enough that they can use their artistic skills entrepreneurially. "For people who are open to that mindset, it's less stressful, and it actually allows them to enjoy what they do more," Ms. Hopen says.

Mr. Foster didn't even expect music to be his career. He was ready to give up on the dream in the early nineties when Moxy Früvous took off. They played for a decade, touring and making records, earning enough money to survive. Then, as they closed up shop, they recorded an ad for an American airline that changed their lives, at least a little: It gave the members each enough money to make a down payment on a house.

"Without that one ad, it wouldn't have been possible, I don't think," Mr. Foster says. "Those were the kinds of margins we were dealing with."

Joining Great Big Sea soon after gave him another 12 years of putting off a "real grown-up job," he says. As that came to a close, he decided to make a movie about the Cocksure Lads, a parody British Invasion band he invented with Früvous bandmate Mike Ford.

Making the film was a four-year endurance race, he says. (And it presented unexpected stumbling blocks, too: When sexual assault allegations were levelled against his former Früvous bandmate Jian Ghomeshi in 2014, he found himself unable to work as he processed the news.)

"I went into it for artistic reasons, but I came out of it with an amazing entrepreneurial skillset, in terms of leading a team, doing financials, business plans, and how to approach investors," he says.

When modern dancer David Maurice Sharp realized that most financial literacy and planning information he found didn't reflect the kind of livelihoods artists lead, he decided to literally write the book on it. The Thriving Artist author built on his previous work on Wall Street to become a financial literacy teacher in New York.

"For artists, especially, it's difficult to have cookie-cutter plans," he says. Instead, he teaches clients how to start saving, bit by bit, and to make decisions for themselves – including how to invest. "Creativity can help them do well in financial markets. They can look at things in a counterintuitive manner."

Home ownership is an enviable goal, but Mr. Sharp says he would rather push people to build (and understand) a balanced portfolio of stocks, bonds and cash first, with a focus on income generation. "Dividend-paying stocks, or bonds, outside of retirement accounts, will create revenue for you at times when you don't have much revenue coming in."

This is helpful for artists with fluctuating or precarious income – especially those used to living paycheque to paycheque. "If they have their financials under control, they may be able to take on projects that don't pay as much but are more meaningful to them as an artist," Mr. Sharp says.

Mark Slater, a vice-president and portfolio manager at CIBC Wood Gundy, says artists, like everyone else, are best off making a financial-plan "blueprint" and then weather-testing it against worst-case scenarios. If they have a house, great – but if they want to live off of its rental income in retirement, will it earn them as much as selling the house and investing in something that is potentially higher-interest or more liquid? Or if they don't have a house – maybe even if they do – should they still try to earn some income off their art in retirement?

"It comes down to simple math and running the numbers," Mr. Slater says. And even before retirement, artists with unstable incomes should prepare and save for financial dry spells. "I'd set a goal of trying to live with an average year income, or over a normal business cycle."

No matter how much saving you do from your artistic pursuits, it is always wise to diversify, Ms. Hopen says. "The artists who are sustainable and make it in the long term have a second source of income. For some people it's investments, for others it's rental property, for others it's a job in another field."

Keeping his income diverse is now second nature for Mr. Foster. "As traditional careers disintegrate, and people can't rely on one job for life, more and more people are finding that, at mid-life, they're suddenly without work, without an idea of what to do next," he says.

Three self-employed people on the perils of retirement planning
February 25, 2016 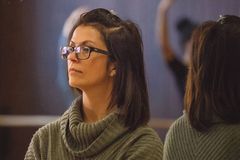 Should this artist sell his home to finance semi-retired life overseas?
January 29, 2016 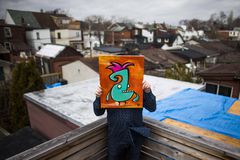 Alberta couple want to stay on track for early retirement in 10 years
February 26, 2016
Follow Josh O’Kane on Twitter @joshokane
Report an error Editorial code of conduct
Due to technical reasons, we have temporarily removed commenting from our articles. We hope to have this fixed soon. Thank you for your patience. If you are looking to give feedback on our new site, please send it along to feedback@globeandmail.com. If you want to write a letter to the editor, please forward to letters@globeandmail.com.
Comments