Early on, Nancy and Norm decided they wanted to retire early, he at the age of 55, she at 56. So they knuckled down and paid down the mortgage on their Toronto area house, living frugally all the while. They have only $18,000 left to go on the mortgage.

It helps that both have good professional jobs and no dependents. Nancy is 47, and Norm is 41. Together, they bring in $194,000 a year. As well, Nancy has a pension plan that will pay her $39,000 a year, partly indexed to inflation, when she retires. Their modest lifestyle leaves them with a substantial cash flow surplus each year.

Short term, their goals are to pay off their mortgage. Norm is considering going back to school to finish his degree, which he abandoned when he started working. Longer term, they want to "build a more structured retirement plan," Norm writes in an e-mail. As well, they want to add to their investments and set aside more money for travel.

"Are our investments in the right vehicles?" Norm asks. "Do we have enough savings and pension earnings to be able to travel and live comfortably in retirement?" Their retirement spending goal is $90,000 a year after tax.

We asked Jason Pereira, a financial planner at Woodgate & IPC Securities Corp., to look at Nancy and Norm's situation.

Norm and Nancy have put paying down their mortgage ahead of tax planning, Mr. Pereira says. This has led to a plan that has worked "but has been sub-optimal." Rather than focusing on the mortgage, they could have contributed more to their registered retirement savings plans, thus benefiting from the income tax refunds.

Also this year, Nancy should open a tax-free savings account and contribute the maximum of $52,000, the planner says. Norm has already contributed the maximum to his TFSA for 2017. Both should continue making TFSA contributions (currently $5,500 a year) for the rest of their lives. Use of the remaining 2017 surplus is as follows: Nancy's pension $7,044; Norm's RRSP $10,000; Nancy's RRSP $27,000; and their joint investment account $5,829. He recommends they set aside $45,000 from the cash in their non-registered account as an emergency fund.

Next, Mr. Pereira looks at whether Norm and Nancy can retire as planned and raise their travel budget to $18,000 a year. He has Norm finishing his degree part-time at a cost of $3,000 annually for five years starting next year. "Congratulations! You can retire as scheduled," the planner says. He recommends they hire a financial planner rather than dealing with a salesperson or trying to manage their investments themselves.

In preparing his forecast, Mr. Pereira has Nancy and Norm taking Canada Pension Plan benefits at the age of 60 and Old Age Security at the age of 65. He recommends Norm convert his RRSPs to registered retirement income funds when he retires and begin making withdrawals. Because he has no pension or other income, he will be paying tax at the province's lowest rate.

Nancy should wait until the age of 71 (at which point RRSPs must be converted to RRIFs) and then base her mandatory minimum withdrawals the following year on Norm's age because he is younger, the planner says. (RRIF withdrawals are based on the market value of the account and a percentage based on the age of the account holder or their spouse. The younger a person is, the lower the percentage. If the spouse is younger, this effectively reduces the minimum that must be withdrawn. Because RRIF income is taxable, it can be beneficial to keep RRIF withdrawals as low as possible, provided you don't need the money for living expenses. You can always withdraw more if you need it.)

Mr. Pereira recommends they invest their non-registered savings in a corporate class mutual fund portfolio. Corporate class funds can convert up to 100 per cent of the return to deferred capital gains. This does two things, the planner says: It lowers the tax bill on interest and dividends earned, and allows the client to pay tax only when the funds are withdrawn rather than yearly when the return is earned. In the end, less is paid in taxes and the bill gets put off, thereby enabling the account to grow at a faster rate.

"Doing so would add an additional $6-million to their projected estate," he says. That assumes they live to be 95 years old and is the equivalent of about $2-million in today's dollars. "That shows the power of tax-deferred compounding and conversion to capital gains over that long a timeline."

By the time Norm retires in 2031, the couple will have $1.26-million in non-registered investments, $1.29-million in RRSPs, $501,148 in TFSAs, for a total of $3-million. Best of all, the plan has little sensitivity to rate of return, Mr. Pereira says. That's based on the Monte Carlo analysis, which tests the plan by running it through 500 different return scenarios to test it in good markets and bad.

Based on the above assumptions, they will leave an estate of more than $9-million in today's dollars.

If Norm and Nancy want to, they can increase their annual retirement spending to $150,000 but they will exhaust their investment funds by age 95. However, they could still have their house, which could have a value by that time of about $2.6-million.

The problem: Can they retire early, have Norm finish his degree and travel extensively?

The plan: Pay off mortgage, set aside emergency fund, have Nancy open a TFSA and shift investments to corporate-class mutual funds to save income tax.

The payoff: All their goals achieved with little or no risk.

A widow, her children, and adapting to the winds of change
November 17, 2017 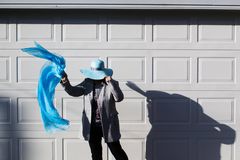 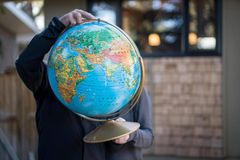 Can this couple in their 40s afford their first home without delaying their retirement plans?
November 3, 2017 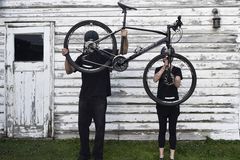