Lindsay and Darlene Abbie's colleagues think they're crazy. The public high-school teachers still enjoy their jobs, but they want to retire early. Darlene is 51 and can't collect her pension until she's 55. Mr. Abbie turns 56 in January. "Many of our colleagues say we should keep working," he says. "They say we would be giving up so much if we stopped working now. But we're giving up more if we stay. There's more to life than money, and there's still so much of this world that we would like to see."

The Abbies know how to stretch their money. By spending part of each year in a low-cost country, they can get their travel fix and spend less. Mexico's Lake Chapala is on the couple's radar. They're also considering various locations in Southeast Asia.

They first considered retiring three years ago, but the timing wasn't right. Then, two months ago, they sold their home in Oliver, B.C. They're now renting an apartment in the nearby town of Osoyoos. When they retire, they'll rent a small apartment in Kelowna. "It's going to be cheaper for us to rent," Ms. Abbie says.

They say their home cost them about $3,210 a month. That included mortgage payments, home insurance, property taxes, heating and air-conditioning costs, as well as maintenance for their home, garden and swimming pool. By selling their home, they freed up a lot of money. The 960-square-foot apartment they will be renting in Kelowna will cost $1,950 a month.

Most financial experts would agree that the couple should be fine. Their RRSPs are well into six figures. The net proceeds from the sale of their home were more than $300,000.

Their money will go far in a place such as Lake Chapala. The region's lakeside towns include Chapala, San Antonio, Ajijic and Jocotepec. Such towns are filled with retirees from Canada and the United States. Most of them chuckle at conventional retirement wisdom.

Kathy Sauro is one of them. The former elementary-school teacher retired when she was 57. Now 63, she and her husband, Gord, live part of the year in Bala, Ont. They spend the other five months in San Antonio Tlayacapan, Mexico, where they rent a condo. They spend less than $1,900 a month in Mexico, including rent, food, entertainment, recreation and travel costs.

"I came down to Mexico for two months in my first year of retirement," Ms. Sauro says. "I loved it so much I returned each year."

Among the cluster of lakeside towns, Ajijic is the most popular. That's where Diana Friedman lives full-time. The former occupational therapist is from a small town near Victoria. It costs her just $15,000 a year, including rented accommodations, to live in Ajijic.

Jim Cook is one of the region's most knowledgeable expats. The long-time resident, formerly from a town near Portland, Ore., says about 15,000 people live in Ajijic. But the population swells in the winter. "My ballpark impression," he says, "is that the Lake Chapala region [including all lakeside towns] picks up 7,000 to 10,000 more people during the winter due to snowbirds and other short-time renters."

Most of the expatriate residents love the weather, the culture and the low cost of living. At 5,000 feet above sea level, the year-round temperature averages 22 C.

Larry Laframboise used to work in Southern Ontario as a software developer, computer systems analyst and system administrator. For the past 11 years, he and his wife have lived full-time in Mexico. The couple own their own home in Ajijic. They installed a solar system to keep their electricity costs down. "We own a car and live comfortably on $60,000 a year," Mr. Laframboise says. This affords them a much better lifestyle than what they would have had in Canada, where they estimate it would cost them twice as much.

According to numbeo.com, rental costs in Ajijic are 67 per cent lower than they are in Toronto. Restaurant meals cost 62 per cent less and groceries are 56 per cent cheaper.

Bill Taylor is a U.S. expat with a real estate office in Mexico's Puerto Vallarta Marina. For the past 27 years, he has written a helpful newsletter for expats who want to retire at the Royal Pacific Yacht Club condominium development. He reports that from January to August, 2017, the average condo sold for about $334,851. He surveys residents to determine average costs of living, and couples report spending $18,940 a year.

There may be a way to retire with even less. Former political activist Kelly Hayes-Raitt spends every winter in a huge home overlooking Lake Chapala. During the remaining eight months, she visits other countries. Not all of them are cheap. When she was 47, she began to master the art of full-time house-sitting. Last month, she published a book, How to Become A Housesitter: Inside Tips From the Housesit Diva, which explains how to find fabulous homes – whether you're looking for a short holiday abroad or seeking a new, full-time lifestyle.

International Living magazine voted Mexico the world's top international retirement destination for 2017. But the Abbies know that other low-cost countries exist. The International Living Guide to Retiring Overseas on a Budget, by Suzan Haskins and Dan Prescher, sits on the couple's coffee table. They're browsing the book, checking out house-sitting sites and figuring out how to retire in style. "We'll be able to travel," Mr. Abbie says, "while enjoying early retirement that costs a fraction of what a full-time retirement in Canada would cost."

Two smarter ways to determine how much you can safely withdraw funds in retirement
October 3, 2017 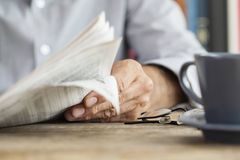 ‘Seniors get into money trouble by saying yes too often’
September 22, 2017 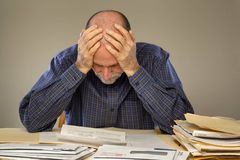 Downsizing? Use these rules to help decide what to throw out
September 20, 2017 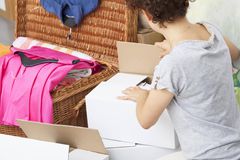