Here's a radical thought for retirees-to-be: Instead of obsessing over how to squeeze every last drop of return from your investment portfolio, think instead about how to generate the greatest amount of happiness from your accumulated wealth.

The two approaches can lead to some very different decisions, according to work done by Michael Finke, dean of the American College of Financial Services in Bryn Mawr, Pa.

In recent years, Dr. Finke has generated a stream of fascinating research that looks at what actually makes people happy in retirement. Yes, money matters, but not as much as you may think.

"The way I used to see [the challenge] was how do we take a portfolio and manage it throughout retirement so as to get the best income strategy possible and not run out of money," he told a CFA Institute conference.

He now believes a wider perspective is necessary. For instance, one of the better investments for many people nearing retirement age is marital counselling, Dr. Finke asserts. Another surprisingly good idea, he adds, is putting a bit of space between you and the kids (this togetherness thing turns out to be overrated). Yet another fine notion is annuities, a product most investors tend to ignore.

Dr. Finke bases many of his conclusions on the Health and Retirement Study, a long-run study sponsored by the U.S. National Institute on Aging and the Social Security Administration. For more than 20 years, it's been surveying Americans over age 50 to find out what drives their health and economic well-being.

The study, which now spans more than 20,000 people, shows that retirees' happiness goes up in line with the amount they've accumulated, but only up to a point. After a household has $3.5-million (U.S.) in investable assets, happiness tends to decline with further wealth, probably because of the pressures associated with managing large amounts of money.

"Once you've saved up more money than you'll ever spend in retirement, you have to become a wealth manager as well as a retiree," Dr. Finke said. The added stress detracts from life satisfaction.

To be sure, most of us will never have to worry about the stresses of managing our personal millions. But nearly all of us can take comfort from another observation: The actual amount that people spend in retirement is only loosely related to how much money they have stowed away.

In terms of overall retirement happiness, a solid marriage can be just as valuable as a big portfolio, according to the Health and Retirement Study. This makes perfect sense: Most of us lose a big part of our social networks once we quit work. As contact with work colleagues shrinks, relationships with family become that much more significant.

The danger is that this enforced togetherness also magnifies any simmering marital tensions. "If you have issues, part of investing for retirement is probably going to involve some kind of marital counselling," Dr. Finke said.

If you have any doubts about how you and your spouse will fare, he has a suggestion: Take your accumulated vacation time and stage a mock retirement a couple of years before your actual one. Don't go anywhere. Just spend a month at home with your significant other. The experience will reveal how prepared you are for the reality of what lies ahead.

"If your plan for retirement is to move out of wherever you are and move closer to your children, that doesn't tend to work out so well," he said.

While you're planning where to live, you may also want to take a look at your portfolio strategy. Dr. Finke is a fan of buying annuities with a portion of your savings. His reasoning is that these products, which guarantee to pay you a set monthly amount for life, reduce stress and encourage retirees to spend and enjoy their savings, rather than sitting on them.

"People have a difficult time spending money out of wealth," he said. "It's far easier for them to spend money that comes in the form of a flow, of income." Surveys show that retirees who annuitize a portion of their wealth tend to be happier than those who don't.

How boomers living the high life are at risk in retirement
March 23, 2017
Maxed out? What to do when retirement funds run out
February 24, 2017 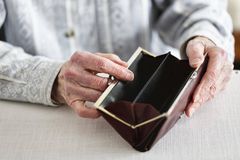 Why a mortgage that leaves room for retirement saving is a must-have
February 19, 2017
Follow Ian McGugan on Twitter @IanMcGugan
Report an error Editorial code of conduct
Due to technical reasons, we have temporarily removed commenting from our articles. We hope to have this fixed soon. Thank you for your patience. If you are looking to give feedback on our new site, please send it along to feedback@globeandmail.com. If you want to write a letter to the editor, please forward to letters@globeandmail.com.
Comments