Aside from a few aches and pains, Laura Webber's 84-year-old parents are remarkably spry. The two Vancouver residents get out for walks almost daily, tend to their small garden, and love going for picnics.

What Ms. Webber worries about are her parents' finances. With a family history of longevity, she says her mom and dad could have a long life ahead of them yet, and she isn't sure their bank account is as healthy as they are.

"All of my grandparents lived until their late 90s," says Ms. Webber, 49, the youngest of four. "I'm so thankful to still have my parents around. They could be around for another 10 or 15 years, which is great, but I don't know how they're going to afford it."

Ms. Webber's parents represent a cruel conundrum: While more Canadians are living longer than ever, many find their finances strained, especially if they end up needing care in their final years. When the "freedom 55" movement took off in the early 1980s, it's unlikely people thought about retirees living for another 30 or 40 years, or even longer.

Canada's life expectancy is growing, with 80 being the average for men and 84 the average for women, according to the World Health Organization. Although financial planning looks much different at 80 than it does at 20, super seniors still have to manage their wealth. Financial experts say there are common themes among the elderly, the most obvious being the fear they won't have enough cash to last them.

"For most people, outliving their money is the biggest problem," says senior financial planner Cathie Hurlburt of Vancouver's Assante Financial Management Ltd., noting that this concern is only going to become more commonplace with the phasing out of the defined benefit pension plan. "One of the biggest risks is that they underestimate their own life span. Most people figure they're going to die at an earlier age than they actually die at. If you ask them, most people who are 90 didn't expect to be alive at this age."

Members of this demographic also tend to underestimate the costs of their later years. The thinking used to be that retirees will spend more in the early part of their retirement, when they're busy visiting Europe and playing golf, and less in their later years when they're not as active. But people's expenses can go way up in the latter part of their retirement if they need home care or long-term care.

"There used to be this idea that, adjusted for inflation, expenses decreased by about 20 per cent when people stopped travelling and their health would begin to fail," Ms. Hurlburt says. "That was ridiculous. I'd say care costs start accumulating at a rate greater than the 20 per cent of that drop in lifestyle.

"People will say, 'I want to stay in my house as I age,'" she says. "Well, now you need somebody to cut the grass, trim the hedges, shovel the snow, come in and clean; you need help. They need people to monitor their medication, they need people to drive them to the doctor, and they need support so they can have a bath safely. All of these things cost money. And if people say, 'I'll go into a government facility,' well, government facilities are all full right now of people who are 85."

Another threat to seniors' retirement savings are potential tax hits that accompany the drawing down of their money. While building up a nest egg is one thing, determining how to strategically withdraw money from it over the years is quite another. It's complicated, and there is no one-size-fits-all approach.

"It happens to many people as they get older; it can be a steep decline or a gradual decline but it's a decline nonetheless, so the first thing people in this age category need to consider is: Do they have a relationship with a trusted adviser, someone who's going to put the investors' interests first? It's critical at all stages but especially important when you're in that phase where cognitive abilities may be in decline," Mr. Andrews says. "You need someone you can count on and who can guide you."

Dealing with investments can be tricky, too: Obviously, being overly aggressive at this stage in life is rarely recommended, but playing it excessively safe by parking funds in a high-interest savings account isn't necessarily advised either.

"There's a tendency as we get older for people to follow an old rule of thumb – there should be some percentage [of investments] in fixed income and another percentage in equities," Mr. Andrews says. "Each person has individual circumstances so there isn't a rule of thumb. You've got to dig down and figure out what your goals and objectives are and develop a customized plan.

"As we get older, perhaps we invest too conservatively," he adds. "With today's GIC [guaranteed investment certificates] rates, it's difficult to generate the kind of income that they're expecting and that they deserve. People need their money to continue to work and grow for them. You need to have investments which are built to withstand the ravages of inflation. Equities are a big part of that, but you don't need to be in the smallest, most aggressive types of stocks; you can buy high-quality blue-chip dividend-paying stocks. … You don't want to be having to spend capital as opposed to spending the return on your capital."

A key consideration investment-wise is flexibility. "Products have to be flexible," Mr. Andrews says. "Volatility is a fact of life. Although we plan using a linear process, life isn't lived in a linear fashion."

At this late stage in life, people should also have their wills, powers of attorney and estate desires clearly established – and they must ensure that someone they trust knows where everything sits. He can't emphasize the value of trusted advice enough.

"Make sure you understand what you're investing in," he says, "and work with someone you do and can trust."

How to keep financial anxiety from rising in your sunset years
November 11, 2015 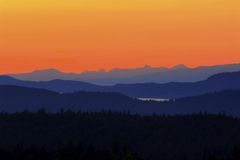 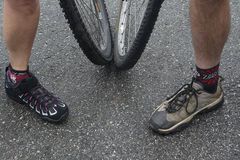 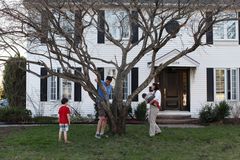 When should millennials start saving for retirement? How about now
October 21, 2015