Trudy and Tom are close to having the mortgage on their Vancouver house paid off and are wondering how best to use the extra money.

He is 51, she is 48. Both work reduced hours in the education field and both have work pension plans. Their next goal, after the mortgage, is to help their 13-year-old child pay for postsecondary education in another city.

"We own a small home with a rental suite," Tom writes in an e-mail. "We don't exactly pay attention to finances except to try and spend less than we make, and max out our RRSPs and registered education savings plan," he writes.

"We make ends meet and are guessing that our pensions will be reasonable [they started their careers in their mid-30s], but have the upcoming cost of postsecondary – preferably far from home!"

Trudy and Tom wonder when they might be able to scale back their work further or retire "and when we should stop putting money into RRSPs and shift to tax-free savings accounts," Tom adds.

"We would also like to build a laneway house, which would allow us to create some more badly needed rental housing in our neighbourhood, but are unsure if this makes sense financially."

At this critical transition point in their lives – becoming debt-free – Tom and Trudy need a plan that finds a balance between objectives that compete with one another for resources, Mr. Astaneh says. He suggests goals-based planning whereby each goal is assigned a time horizon and capital targets.

First he looks at education savings. "Assuming the annual cost of tuition and books is $10,000 for a Canadian university, and annual living costs (room and board) are about $15,000, the total amount required to support a four-year undergraduate program is $100,000," the planner says. Working backward from what is already in the RESP, and the contributions they are making, "it appears they will need to save about an additional $400 a month for the next five years."

Next, he looks at the couple's retirement goals. "This goal is clearly defined – a net income target of $80,000 a year starting at age 60," Mr. Astaneh says. Much of their retirement income need will be met by their work pensions, government benefits and rental income, the planner says.

"However, some additional capital will be required."

Mr. Astaneh sounds a note of caution about Trudy and Tom's retirement plan. "The gap in their financial trajectory is that there are no provisions for contingencies in retirement," the planner says. To remedy this, he suggests they open tax-free savings accounts (TFSA) and start building savings there.

"If, when they become debt-free, they save $1,500 a month toward TFSAs, the value accumulated in those accounts will be about $225,000 at retirement," Mr. Astaneh says. That assumes 5-per-cent annualized growth. "This is an important resource for retirement because having access to a tax-free pool of capital for emergencies or late-in-life health care expenses protects them against the uncertain future."

As for retiring even earlier than the age of 60, he's doubtful. Further reducing their work hours could have an adverse impact on employer pension entitlements and Canada Pension Plan (CPP) benefits, the planner says, noting that both Tom and Trudy started their careers late and will already be accepting reduced pensions and CPP at the age of 60.

"Reducing work or retiring early adds an element of risk to their retirement outcome, so unless their plan is to downsize the house in the future, and cash in on some of their home equity, it is not recommended."

Finally, the laneway home, which they estimate would cost about $350,000 to build. They'd finance it with a mortgage or line of credit in exchange for rental income of $2,300 a month. "While this can be done without threatening their retirement plans, it will not result in a meaningful change to their cash flow position until the $350,000 debt is paid off," Mr. Astaneh says.

The problem: Where best to direct money that was going to paying off the mortgage.

The plan: Add to RESP savings, stop RRSP savings, open TFSAs and save the maximum to them.

Should this woman sell her house to fund retirement?
January 26, 2018 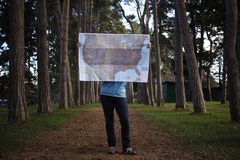 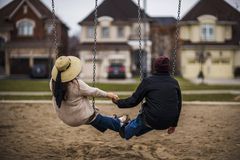 This couple wonder if early retirement makes sense with a high net worth
Subscriber content
December 29, 2017 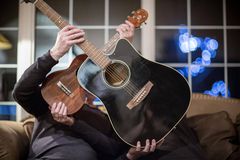