Jim Grant will soon have a big choice to make.

The 69-year-old accountant, who works for a construction company in Aurora, Ont., will have to terminate his registered retirement savings plan (RRSP) by the end of 2017, and he must decide what to do with the portfolio he so diligently built over several decades.

"Age has a habit of creeping up on you. Suddenly I've got Old Age [Security] documents and CPP documents arriving and I wonder, where did the last 40 years go?" Mr. Grant says.

"A major consideration is to ensure that if anything happens to me that my money, in its entirety, goes to my heirs," he stresses.

All good things must come to an end, including the tax-deferred savings opportunities available from contributing to an RRSP. Investors must terminate the plan by the end of the calendar year in which you turn 71.

The choice is simple. You must either roll your RRSP assets into a registered retirement income fund (RRIF), or place them into an annuity designed to produce a fixed income for the rest of your life, or for a predetermined length of time.

For many investors – perhaps the great majority – the decision is easy. By selecting a RRIF, they simply roll over the same assets held in the RRSP into the new plan and continue pretty much as before, except new contributions aren't allowed, and you have to start gradually withdrawing those funds and paying tax.

"With a RRIF, you remain in control of your assets, so you have flexibility. Being in control is being involved in the investment decisions, because nobody cares as much as you do about your money. So don't abdicate responsibility," says Cherith Cayford, a principal with CMG Financial Education in Victoria.

"If you already have pension income that will cover your living expenses, then a RRIF is the way to go," she adds.

By their very nature, RRIFs offer estate preservation. But "too many withdrawals from your RRIF will obviously deplete the capital. And the portfolio could run out of money if poor investment decisions were made," Ms. Cayford warns.

If an investor chooses the annuity option, RRSP proceeds are transferred to an insurance company, which will in turn pay a periodic, guaranteed fixed amount, typically monthly and subject to tax in the same way that proceeds from a RRIF would be.

Several factors determine an annuity's payout. For example, annuities can be arranged to cover the rest of your life.

"It's a safeguard against longevity if you're taking it for the rest of your life. The longer you live, then the more advantageous it is for you," says Ms. Cayford.

Another option covers the life of both you and your spouse – known as joint and last survivor – to be paid until the last spouse dies.

"Of course, if you take out a pension with a spousal survivor benefit your payments will be reduced, because you're paying the benefits over two lives, not one," says Dave Ablett, director of tax and estate planning for Investors Group Financial Services Inc. in Winnipeg.

"With respect to the joint and last survivor option, you can elect to have the spouse receive the same amount as you are receiving, or [a lesser payment], say only 50 per cent of that amount. The difference in the size of the survivor benefit will affect the amount that you receive yourself," he adds.

Annuities can also be made to apply for a fixed period of time – known as a term-certain annuity – that provide a residual value for your beneficiary if you die before that time.

Peggy DeVries, a certified financial planner and financial adviser with Edward Jones in Nelson, B.C., says annuities can be a wonderful option for people who want to buy themselves a pension using their RRSP proceeds, especially if they have no pension from their employer.

"The other benefit for some people is that you don't have to manage the investments. You have a predictable, sustainable stream of income, and that cheque appears every month," she adds.

"One option is to buy an annuity to meet your fixed expenses, and then have the flexibility of the RRIF for unexpected expenses," Ms. Cayford suggests, although she also points out that the annuity is less attractive than it otherwise could be in today's low-interest-rate environment.

Even if all of the RRSP proceeds are initially placed into a RRIF, the RRIF can be switched to an annuity at any time should economic or personal conditions warrant. A good example would be someone who becomes uncomfortable with market fluctuations, Ms. DeVries says.

Ms. Cayford offers a potential strategy. "Supposing you have $600,000 in your RRIF and you decide that you're going to use $300,000 to purchase an annuity. You don't have to use that whole $300,000 at the same time. Maybe you could take $100,000 one year and purchase an annuity, and then a couple of years later do the same thing, and so forth, hoping to spread the interest-rate risk."

Ms. DeVries stresses that consumers need to start thinking about their post-RRSP investment decisions and strategy well before they turn 71. For instance, she notes, there may be important new tax considerations to take into account at 65, when Old Age Security and possibly also the Guaranteed Income Supplement become available.

Financial experts stress, however, that all financial decisions concerning the RRSP conversion ultimately come down to personal circumstances, which an individual should monitor throughout their lives, ideally with professional advice. Why women are likely to spend more in retirement
February 17, 2016 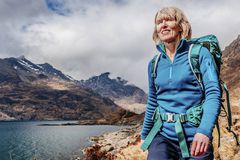