Michael St. James had a DIY epiphany in 2009, when the markets crashed and investments in his $200,000 defined-contribution pension plan tanked.

Mr. St. James does not stand alone. Beefs against retail-investing services are numerous and may be partly to blame for driving people into the arms of discount brokerages and fee-only planners, as Canadians shun mutual funds for ETFs and take a firmer hold of self-directed investment plans.

The complaints include high fees and commissions for investing products such as mutual funds, the lack of competitive returns, an absence of good service and being made to feel like an easy mark when RSP sales season rolls around.

Investor Economics Inc., which provides research data and analysis for the Canadian financial services industry, says whatever the reason for turning to online brokerages, the number of accounts have grown 4.6 per cent over the past five years, compared with 1.2 per cent for full-service brokerages.

However, Guy Armstrong, senior consultant and managing director at Investor Economics, cautions against interpreting the statistics as clients leaving full-service firms for online. "We don't see any material siphoning off from either accounts or assets [from full-service to online]," he said.

Asset growth for online accounts have similarly outpaced full-service brokerages, with a growth rate of 10.7 per cent compared with 8.0 per cent over the same five-year period. Total assets for online brokerages, however, have a long way to go before catching up to traditional brokerages. Full-service assets top slightly more than $1-trillion versus online assets of $335-billion.

Mr. St. James, 41, who works in industrial gas sales in Calgary, has left the products of banks and mutual fund companies far behind and has become an online brokerage investor, bolstered by self-research and books such as The Wealthy Barber and A Random Walk Down Wall Street. He also seeks advice from a fee-only planner, Sandi Martin of Spring Personal Finance, just to ensure he's on the right track.

Despite being a self-taught investor who "learned by trial," he is not daunted by having the ultimate responsibility for his and his wife's retirement accounts or his kids' educational funds. In total he manages about $1-million spread over nine different RSP, TFSA, RESP and investment accounts.

"I realized that there's nobody out there who cares about my son's money or my money more than me," he said. "There's nothing special about the finance world that people can't pick up on their own if they care about it."

His best investing move and his worst are inseparable: Throughout 2009, he learned how to assemble a bond ladder when bonds were the cheapest in years. It has performed marvellously well, yielding 16.5 per cent, mostly in capital appreciation in the first year. Since then his bonds have returned an average yield of 6.5 per cent and are now worth about 80 per cent more than their original book value.

Unfortunately, he lacked confidence and balanced the bond ladder with a bond mutual fund. The bond fund was a disaster since its value hardly budged following the financial crisis. He chalks it up to fees killing the returns and it's a lesson learned: He has never held a bond fund since.

Even with occasional mistakes, investing on his own puts him ahead of the game, he said.

Michael Foy, director of the Wealth Management Practice at J.D. Power & Associates in New York, said one of the reasons for the growth of self-directed accounts could be lack of traditional pensions and the trend toward contract or "gig" employment opportunities, both of which push retirement planning onto the individual's lap, especially among Gen Y and Z.

"Certainly the lack of economic security people feel is definitely a part of it," he said.

As well, younger generations are more comfortable doing their own research and comparison shopping online. They also have no qualms about severing a financial relationship with their bank if they find better value at another institution, something that is indicated in J.D. Power's satisfaction survey of Canadian online and full-service brokerages.

The survey found that while the importance of commissions and fees as a driver of customer satisfaction has decreased as fees continue to decline, the industry still needs to do a better job at fee transparency.

Kevin Westoby, 37, came to DIY investing quite young, saving money he made working at a golf course at 19 and putting it into tech funds during the boom in the late 1990s. The Toronto software engineering consultant said he left mutual funds to pursue ETFs, which gave him more flexibility at a cheaper cost.

"It's about control and the perceived lack of value from any active-management strategy that a broker could offer," he said.

Mr. Westoby, who manages his family portfolio in the low six figures, also educated himself, enrolling in the Canadian Securities Course, the entry-level prerequisite for the financial industry.

The process of learning by making mistakes has often been painful: Mr. Westoby admits he had a bad habit of catching "falling knives," notably, buying Nortel on the way down to oblivion. Yet he had the confidence to borrow money from his line of credit and on margin during the crisis of 2009, when everyone else was exiting the market.

Seeing an array of Canadian blue chips whose values were halved, he bought a full basket.

"It was painful for a little while but it definitely magnified the returns once things swung back," he said.

There are thousands of financial and self-help books out there for the first-time investor. These books are recommended by the investors and planners we interviewed.

In Your Best Interest, Hank Cunningham

The 50 Biggest Estate Planning Mistakes...and How to Avoid Them, Jean Blacklock and Sarah Kruger

101 Tax Secrets For Canadians: Smart Strategies That Can Save You Thousands Timothy J. Cestnick

The MoneySense Guide to the Perfect Portfolio, Dan Bortolotti

How some online brokerages are making it tough for seniors
Subscriber content
December 15, 2015 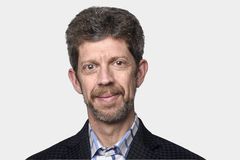 BMO launches robo-adviser, offers clients only its own ETFs
December 10, 2015
Investment firms not quite ready for Gen Z
November 19, 2015 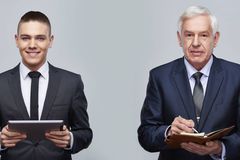