When building a retirement nest egg, dividend growth stocks can offer investors the best of both worlds – potential capital gains, and rising regular payouts even when markets turn flat or shaky.

Dividends can play a key role in an investor's total return. Studies show that companies that increase their payouts consistently are generally well-managed and have competitive advantages.

Holders of registered retirement savings plans (RRSPs) should consider both U.S. and Canadian dividend growers. That's because dividends paid by companies in the United States are subject to a 15-per-cent withholding tax outside a retirement plan.

We asked three fund managers to offer dividend-growth-stock picks for an RRSP.

"I am very bullish on the transformation happening in Shaw [to become a pure-play telecom company]," she said.

Shaw has rebranded Wind to Freedom Mobile, and can now bundle its wireless with its cable offering to compete against Telus Corp. in Western Canada.

Shaw is unlikely to hike its dividend this year because it will invest heavily to upgrade its wireless network, but it should be able to do so in 2018, she noted. The big risk is whether it can execute on its strategy, but "the last three quarters have given me comfort that everything is on track," she said. "I expect a total return [including dividends] of 10 to 12 per cent for Shaw's shares this year."

This Canadian utility, which has been on the acquisition trail in the United States, is poised for stronger organic growth, Ms. Mo says. The purchase of ITC Holdings Corp. gives Fortis exposure to the fast-growing southern United States, she said; having revenue coming from utilities in various regions reduces risk because Fortis is dealing with different regulators.

"Close to 62 to 65 per cent" of the company's revenue comes from the United States, she says. Fortis, which began trading on the New York Stock Exchange last year, has grown its dividend for 43 consecutive years. While rising interest rates are a risk – investors may sell utility stocks to invest in higher-yielding bonds – the hikes should be gradual as "global growth is still relatively subdued," she said.

Fortis shares trade reasonably at 16 times 2017 earnings, and Ms. Mo expects a 10- to 12-per-cent total return for its stock over the next year.

The value-focused global real estate company should be able to increase its funds from operation (or FFO) in the high single or low double digits over the medium term, he added.

The company was spun off in 2013 from Toronto-based Brookfield Asset Management Inc., which still owns a 68-per-cent stake. In addition to office and retail real estate, Brookfield Property is also investing in sectors such as self-storage and student housing.

Rising interest rates are a risk, and a reason for the stock's weakness, he acknowledged. "That is where the opportunity lies." It's trading at around a 20-per-cent discount to net asset value and offers an attractive yield that can grow over time, he said.

Shares of the U.S. software giant are compelling because cloud services have become its growth engine, says Mr. Tidd. More companies are moving information-technology workloads, such as storage and databases, to public cloud services. "Microsoft's cloud-related revenues could grow to almost a third of overall sales by 2019," he said.

The newly acquired LinkedIn networking site will be integrated with other Microsoft products, including its Office 365 cloud-based subscription software, he said. While Microsoft is the second-largest cloud-service provider after Amazon Web Services, competition from rivals such as IBM Cloud is a risk, he noted.

Microsoft stock trades at about 17 times next year's free cash flow, and that is reasonable given that it generates high returns on equity and can increase earnings at a double-digit rate over the medium term, he added.

Stryker, which has grown by acquisition, is starting to benefit from buying Mako Surgical Corp., whose robotic technology helps surgeons with hip and knee procedures, he noted.

Stryker, a steady generator of cash flow, has raised its dividend for 23 consecutive years. A risk to the stock would be money managers selling names such as Stryker to redeploy cash into growth-oriented stocks, but "the fundamentals of the business outweigh the risks," he said.

Because Stryker's valuation is "quite rich at about 21 times forward [projected] earnings," investors might wait for a pullback to the $100- to $110-range, he said.

The Canadian insurer's shares will benefit from rising interest rates, but it is more of a stock to rent than own, Mr. Bashir suggests. "In an RRSP, it makes sense to have that investment for the time being ... but eventually you reach the maturity of the business cycle when it probably makes sense to move on."

Insurers get a tailwind from rate hikes because they receive a big chunk of their investment income from bonds. Most of Manulife's growth comes from Asia, which represents 30 to 35 per cent of revenue, while stiff competition in the U.S. market has been a drag on margins, he said. Any drop in underwriting activity in the emerging markets is a risk, he noted.

Historically, Manulife has paid out less than one-third of earnings in dividends, so there is room for growth, he said. "We expect a total return between 10 to 15 per cent [for its stock] over a year."

Millennials, tell us: When did you start saving for retirement?
January 30, 2017
No free beer – but perks for retirees aren’t all empties
January 23, 2017
RRSP or TFSA? How they contrast and compare as life circumstances change
January 25, 2017 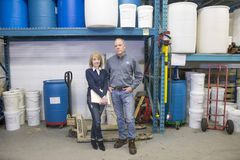 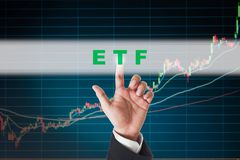