Canada's wealth-management industry is in a state of confusion about the status of the tax-free savings account's yearly contribution limit after Justin Trudeau's Liberals won a decisive majority in Monday's election.

The TFSA has become a prominent tool in financial planning for many investors, offering up to $41,000 of contribution room to allow investment income to grow tax-free. The Conservative government increased the annual contribution limit of $5,500 to $10,000 for 2015.

Many investors topped up their TFSA accounts the very next day. But now the investment community is left wondering how – and when – the Liberal government will fulfill its campaign promise to roll back the limit.

"Most of our clients have already made the additional TFSA contribution and are maxed out. Taking it away from people who are trying to be financially responsible for their own future seems incredibly unfair to me," said Darren Coleman, senior vice-president and portfolio manager with Raymond James Ltd., who manages 170 client households.

"This money was already taxed and the arguments about TFSAs 'costing' taxpayers over lost tax revenue fall completely flat with me."

Fred Soderberg, a financial planner with Sterling Mutuals Inc., says he is continuing to advise his clients to maximize the $41,000 lifetime contribution limit.

"Typically, new tax rules are not retroactive, and if the rules have not changed as of Jan. 1, we will be adding another $10,000," said Mr. Soderberg, who manages about 150 client households. "Will the Liberals wait until they pass a new budget to change the rules? I would expect if rules are changed, it would be with a new budget. However, there was little notice when the rules were changed on income trusts Oct. 31, 2006."

A spokesperson for the Department of Finance would not comment on the Liberals' plans on Tuesday.

Some election campaign promises never see the light of day, but Ian Russell, president and chief executive officer of the Investment Industry Association of Canada (IIAC), said this will not be one of them.

"The one promise that the Liberals have made quite definitively is the cutback to the allowable contributions to the TFSA," Mr. Russell said. "It was a pretty unpopular thing to say – so I believe there is a fair amount of credence to it."

If the Liberals do slice the annual contribution back to $5,500, Mr. Russell hopes they will use the tax savings to expand other tax-assisted plans – such as expanding RRSP contributions until age 80 from 71.

Investors who had anticipated a larger pool of sheltered savings with the TFSA increase should start thinking about alternative tax-planning methods, said Craig Fehr, investment strategist with Edward Jones.

"The general approach would be to look at different ways to invest money within accounts that can allow their money to grow tax-deferred, especially if they haven't been using the RRSP to its full capacity, " Mr. Fehr said.

Despite the likelihood the Liberals will keep their word, Mr. Fehr is encouraging investors to continue their planning under the rules as they stand today.

"There are going to be many questions around past and future contributions, and this is where it would be beneficial for Ottawa and Trudeau's administration to provide clarity as quickly as possible to investors' questions."

How to cushion the loss of the $10,000-a-year TFSA limit
Subscriber content
October 19, 2015
Trudeau, Mulcair pledge to pull back TFSA contribution limit
September 10, 2015 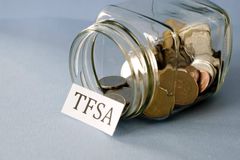 The most important thing the Liberals should do to improve our personal finances
October 20, 2015 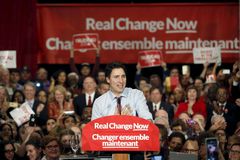