Recent Forbes reports suggest that in the United States, boomers spend $157-billion (U.S.) on trips every year, with polls ranking it the No.1 leisure activity. So, what is the Canadian tourism industry doing about bringing those travellers, and their deep pockets, north?

A favourable exchange rate certainly encourages Americans to cross the border, but it can't be relied upon, experts warn.

Canada has maintained an annual average of 17 million international travellers for the past 10 years, but lobbyists are gunning to increase this traffic by at least 5 per cent a year to stay competitive internationally and tap into the boomer movement.

"The 'bucket list' choice[s] are not rational or economic: People spend the money because it's an adventure of a lifetime. We need to put more Canadian experiences on this bucket list," travel industry lobbyist Rob Taylor says.

Recently, the federal government announced $30-million over three years for a "Connecting America" project to help the sector entice our southern neighbours (a market of 76.4 million American boomers). Industry insiders hope to triple the funding for Connecting America with other partners, amplifying the $10-million federal injection each year by partnering their efforts with national tourism agencies, such as Destination Canada, provincial tourism marketing boards, and private and regional industry, including hotel chains, airlines, attractions and Via Rail for a bigger impact.

Tourism is good for the country's economic engine because once people visit Canada, they will keep coming back: Deloitte research from 2012 determined that a 1-per-cent increase in international arrivals could increase Canadian exports by $817-million over the following two years.

Similar research from the Canadian Tourism Commission in 2014 found that for every $1 it spent on marketing abroad, on average $40 was returned in tourist spending in Canada.

So why, asks the Tourism Industry Association of Canada, has Canada has slipped from its place in the top 20 destinations for international travellers? Taylor, vice-president of TIAC's public and industry affairs, says that while the industry is grateful for the extra federal investment, it is still being overlooked from a public-policy perspective.

Immigration policy and aviation cost structure are holding Canada back from succeeding in the market, he says. High airfares and taxes, coupled with a need for visa-issuance reform, make Canada a less desirable and accessible place to visit. All this, he says, is keeping the sector from capitalizing on what is on course to be a $100-billion industry.

"These are the issues that are going to impact how much of the Canadian boomer travel stays home, and how much international baby-boomer traffic comes into Canada," Taylor predicts. "People want to get the most out of their travel dollar and, in some cases, Canada is not positioned to deliver."

In the short term, a legislative review of the Canadian Transportation Act will begin in November, bringing in experts in the sector to examine structural challenges keeping the industry behind.

Change can't come soon enough, Taylor says, because travellers are "voting with their feet." A big trip used to be crossing the country to see Mount Logan in British Columbia; for the same price, Canadians are now going to Machu Picchu, he adds.

"The challenge comes in not only telling people about what Canada offers, but being able to get them here." 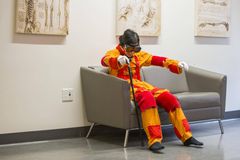