Dominic Minervino, 61, has been spending a good part of the year in San Diego since 2009, when he took full advantage of the plunge in U.S. real estate prices and the high Canadian dollar to buy a three-bedroom home in the city with a spacious yard and a two-car garage.

"I love it down there," he says. "I can pick lemons straight from my garden and the weather is always beautiful."

The Toronto man admits, though, that with the Canadian dollar on a downward spiral, this year he'll be watching his pennies. "Have I changed my lifestyle? No," says Mr. Minervino. "Am I conscious of it? Absolutely. If I'm buying a pair of pants that are $40 (U.S.) or $50, I'm calculating in my mind that I'm actually paying another $15 (Canadian) or so."

He's not alone. You can bet snowbirds across the country will be watching their spending south of the border this year, says Douglas Gray, author of The Canadian Snowbird Guide and proprietor of the website snowbird.ca. "But I don't expect many will stop going altogether," he says. "It's too important to their quality of life."

His assessment is backed up by a Toronto-Dominion Bank report on snowbirds and the loonie. The report, released last year, estimates 500,000 Canadians spend "significant periods of time in the United States." But while TD predicts a decline in visits to the U.S. because of the lower loonie, it suggests that will be concentrated among short-term visitors.

Canadian snowbirds, TD points out, have been accumulating real estate assets south of the border over the past decade – a trend fuelled by the high Canadian dollar and a drop in property values in the U.S. "Renting is likely to become a more alluring option," in today's environment, the TD report notes, but "existing snowbirds are unlikely to unload their U.S. properties in markets where home values continue to appreciate."

As Mr. Gray points out, the U.S. still enjoys some advantages over Canada when it comes to the cost of living. "Almost everything is cheaper in the U.S., from groceries to rent," he says. "The lower cost of living offsets the drop in the Canadian dollar somewhat."

Mr. Minervino uses a number of techniques to minimize the pain of the lower Canadian dollar. He has U.S.-dollar bank accounts both in Canada and the U.S. "I buy U.S. dollars in bulk," he says. "Rather than going to the bank and converting a couple of thousand dollars, I use a foreign exchange site. I call in and I negotiate a deal for $20,000 (U.S.) or $30,000 at a time. You get a discounted rate because you're buying so much." Although the gap might be only 1 per cent or so, it makes a difference on "that kind of money."

Mr. Minervino watches the currency markets and tries to time purchases so that he pays the least for his U.S. currency. Last summer, he purchased "a bunch" at about seven cents on the U.S. dollar. "That was a good move," he says. "This year is going to be a bit tougher." Mr. Minervino expects to run out of his U.S. stash by the beginning of January, at which point "I'll probably just buy enough to get me through to the spring."

The upshot: "My portfolio is growing in U.S. dollars," says Mr. Minervino. "Suppose I want to refurnish my house down there and it's going to cost me $15,000 to $20,000 on the low end. I can always go out and sell a bunch of shares of Apple and it will go into my U.S. dollar account in Canada and from there to my U.S. account."

Like Mr. Minervino, most snowbirds choose to set up a separate U.S.-dollar bank account in their winter haven, says Mr. Gray, with a bank card for withdrawing funds and a credit card in U.S. dollars. "You can obtain U.S. cheques for your local U.S account," he says. "Most banks and credit unions do not charge any extra money for U.S. cheque clearing, especially if you are over 55. But you should verify this in advance."

In spite of his preparations, Mr. Minervino says he'll be avoiding major purchases south of the border this year. "Every year I tend to take on a major project in my San Diego home," he says. "Last year I redid my garage and the year before I did all the floors. This year I haven't got anything planned, but even if I did, I would be thinking twice about it. If I was going to spend $10,000 on the house, it would actually cost me about $13,000. I'm inclined to delay it or at least shop around a little more."

Five things you should know about the proposed border tracking program
October 28, 2015 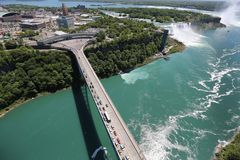 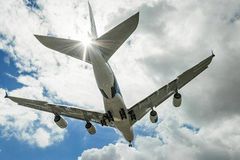 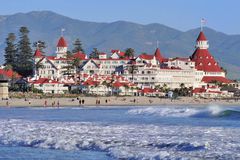