When Mike and Brenda Schiller bought their first vacation home in Phoenix in 2010, economic factors worked in their favour. Arizona home prices were low and still dropping after the real estate crash of 2007; the Canadian dollar was strong and became even stronger by the time the deal closed.

"When we did the conversion [from Canadian to U.S. dollars], we actually made money," says Mr. Schiller, 53, a manager in Calgary's oil and gas industry. "The other thing that happened was that from the time we started the building process to the end, the economy dropped even further, so they had to reduce the house price. So we did really well."

For the next few years, the Schillers spent as much vacation time as possible in Northgate, the gated community in northwest Phoenix where they had purchased, while still working and living in Calgary. Convinced that Arizona was where they wanted to ultimately spend winters in retirement, the couple decided to upgrade to a nicer neighbourhood with a custom-built home.

They sold the Northgate property at the end of 2014, pocketing a $80,000 profit on the original purchase price, and reinvested that money into the new home being built in Cave Creek, a town about 40 minutes north of Phoenix.

The only wrinkle? The deal closes in April, as the Canadian dollar creeps downward.

"Right now the Canadian dollar against the U.S. dollar really sucks," Mr. Schiller says. "Unfortunately with us closing at the end of April, it's going down fast. So we're kind of, ouch, we're definitely taking a hit on this one."

But Mr. Schiller says he's looking at it over the long term rather than the quick win.

"I've never looked at it like I'm going to flip it to make some money," Mr. Schiller says. "I like the environment, I like the desert, that was the driver and it still is. That hasn't changed. It's a way of life that I'm looking for."

Since the U.S. real estate crash sent home prices plummeting to bargain-basement levels, Canadians snowbirds have been snapping up sunbelt vacation properties in great numbers. According to the most recent National Association of Realtors (NAR) profile of international home buying activity, Canadians purchased $13.8-billion in U.S. properties in the year ending March 2014, 73 per cent of which were in the sun states of Florida, Arizona and California.

But with the Canadian dollar sinking to 80 cents (U.S.) and U.S. housing prices starting to creep up, some snowbirds may be thinking twice about putting down roots south of the border.

"[The dollar] will definitely have an impact now because it dropped so precipitously," says Don R. Campbell, senior analyst at the Vancouver-based Real Estate Investment Network and co-author of Buying U.S. Real Estate: The Proven and Reliable Guide for Canadians.

"It hasn't hit the market yet, but in the next couple of months you'll start to see increasingly more Canadians taking a second thought before writing the cheque, because it's going to cost you about 20 per cent more. Suddenly renting might look a lot better for some people."

Carmen Brodeur, a Scottsdale, Ariz.-based real estate agent with Trillium Properties who specializes in snowbird home purchases, says the low dollar has been a factor with some Canadians, but not the majority of her clients.

"For those who were stretching to get into an Arizona home, [the low dollar] has become more of an impediment. So the interest level in the $100,000 or $200,000 condo market is down," she says. "But for the more affluent segment of the market, it's not stopping them from buying. Compared to where it was in the '70s, it's still a good exchange rate, from a historical perspective."

But when it comes to home prices, is the era of the fabulous sunbelt deal at an end? According to online real estate database Zillow.com, median home prices in Florida, Arizona and California have all risen steadily since bottoming out in 2012, and are projected to continue doing so in the coming year. Jed Smith, managing director of quantitative research at the NAR, says the real estate market is starting to normalize in some areas of the United States, including the sunbelt states that are so popular with Canadians.

"We've had significant price increases in the last couple years," Mr. Smith says. "In the forthcoming year, price [increases] in the neighbourhood of 5 per cent are probably where we'll be, as opposed to 10 per cent. Of course, all real estate is local, so what you see happening in one area isn't what you'll see in another."

"Seven or eight years ago when we experienced the real estate crash, most of the prices [in Florida] went down by 40 or 50 per cent or more," he says. "Over the last two years, the market has recovered around by about 20 per cent, but we are still at a very low price for property compared to what you can purchase in Ontario or elsewhere in Canada. This is why I see Canadians still buying. Now, if the Canadian dollar goes below 80 cents, that might change things."

Diane Olson, a Phoenix-area real estate agent who specializes in Canadian snowbird purchases, is waiting to see what impact the drop in oil prices will have on sales in Arizona, as Albertans make up a large percentage of the purchasers there.

"I've received a couple of calls from people out of Alberta saying they are being laid off and they are going to put their buying on hold."

Ms. Olson says while under-$100,000 bargains may no longer be available, buyers can still get a "really nice home" in the greater Phoenix area for $150,000 to $250,000. Geographically, Ms. Olson says the west side of the valley is generally more desirable for the budget-conscious.

Ms. Brodeur says most of her Canadian clients want to buy in and around tony Scottsdale, where prices are higher but deals can still be had. "For $200,000, you can get a two-bedroom, two-bathroom condo in Scottsdale with heated pool and spa, and for $500,000 you can get detached 2,500-square foot, four-bedroom, two-bathroom home with your own private pool or potentially mountain views or golf views."

In Florida, the foreclosure and resale inventory is slowing, says Mr. Forget, in part because Canadians have been snapping them up for years. When it comes to bargain-hunting, the market in southeast Florida is tight – Miami, Palm Beach, Boca Raton, Fort Lauderdale – because that area has become a bit overbuilt. "There's not too much land to build on any more," he says.

"Whereas on the west coast of Florida, from Fort Myers to St. Petersburg and Tampa, there's lots of land there. The west coast is very trendy right now – like Naples, Bonita Springs, Fort Myers, Sarasota… – and that's where builders in the U.S., like Lennar and D.R. Horton, have purchased a lot of land. New construction on the west coast of Florida is booming," says Mr. Forget. "For example, one third of Lennar's sales are to Canadians, and they have properties ranging from $200,000 to $1-million."

Mr. Campbell advises prospective owners to make sure to understand the tax implications of owning property in the United States. As well, in a number of states, utilities and property taxes are different for foreigners, he says.

"When you're doing the analysis [of how much it will cost to buy a home], often a U.S. realtor will only have access to the information for local owners. A lot of people buy these properties and say, 'We can afford a thousand bucks a month for a mortgage and everything else.' Then you get down there and it's $1,200 or $1,250, and that's never a pleasant surprise."

With North Carolina’s offerings, why go all the way to Florida?
February 27, 2015 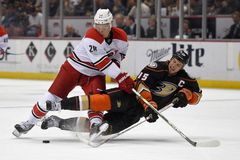 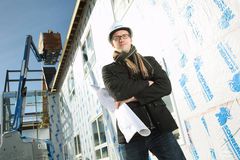 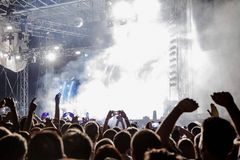 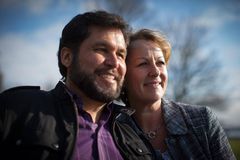 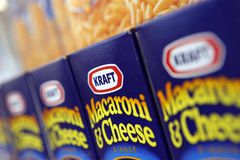 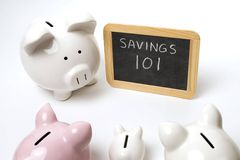 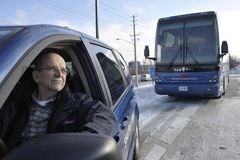