The two-island nation of St. Kitts-Nevis has an authentic Caribbean feel, a trait becoming increasingly rare as gentrification and big developments take over the surrounding islands.

"A lot of stuff happened to the [other] islands that was very tourism-focused, and they almost lost their soul," explains real estate agent Joanne Delay, an expat from Britain. "Islands have huge hotels and casinos. That, to me, is not the essence of the Caribbean."

So for retirees looking to slow things down, St. Kitts in particular is an idyllic escape that is equal parts out-of-the-ordinary and a flashback to a simpler Caribbean time when food and entertainment dominated the culture.

Spotted in 1493 by Italian explorer Christopher Columbus (Kitts is a short form of Christopher), the island was populated with native tribes before Europeans colonized it in 1623. Since gaining its independence from Britain in 1983, a strong effort has been made to nourish local culture.

Darren Thompson, a Toronto native and director of operations at the Royal St. Kitts Hotel, a boutique low-rise that's across the road from one of St. Kitts' many white sand beaches, explains his hotel has a couple of people living there full-time who are retired.

"They sign yearly leases and bask in the sunshine year-round," he states with a smile.

St. Kitts is just 30 kilometres long and eight kilometres across, while Nevis is even smaller – 93 square kilometres. The capital of Basseterre, whose downtown is modeled after Piccadilly Circus in London, is a hotbed for residents and visitors alike.

Nevis made Canadian headlines in December, when Prime Minister Justin Trudeau brought his family there to vacation at the Paradise Beach Nevis, a luxury resort on the smaller of the two islands.

Mr. Trudeau was there for just a week. Retirees who make neighbouring St. Kitts their new home stay longer and seemingly have it all, according to Ms. Delay.

"The climate is fantastic, the beaches are beautiful, and generally there is a more-relaxed way of living," she says. "You have to adapt to it when you're here all year, but it makes you slow down, take the foot off the gas pedal. To me, that's a very positive thing, especially in today's world."

Its dining scene has improved drastically over the past five years. The island is dotted with farm-to-table restaurants such the one at Kittitian Hill, a high-end development that is dubbed an "organic hotel." But there are also numerous traditional street food carts, which at first make people timid, but are must-tries, according to Ms. Delay, especially ones that serve the local treat "Johnny Cake" – a cornbread pastry.

A robust arts and crafts scene, boating and fishing, and other British-inspired sports such as cricket and soccer also keep retirees busy. Golf is a magnet, too.

The island has made a strong commitment to developing golf courses as a draw, and forged a partnership in 2015 with both the Golf Association of Ontario and the National Golf Course Owners Association Canada to help drive awareness of the island.

Two more golf courses are to be completed in the next 18 months, including one designed by major champion Ian Woosnam and another by world-renowned architect Tom Fazio. Both these courses are part of separate developments that are aimed at the well-to-do resident.

"The government – both the one in power now and the old one – very much chose to focus on luxury purchases," explains Ms. Delay. "That doesn't mean to say there aren't properties available for $200,000 [U.S.], but we've got everything from that point to $15-million."

Ms. Delay says that the Citizenship by Investment Program – launched by the government of St. Kitts more than 30 years ago and now adopted by Antigua and Barbuda, Dominica, and Grenada – has helped keep the economy of St. Kitts afloat, even during the worldwide economic downturn after 2008.

If someone invests at least $400,000 into an approved development, he or she can apply to be a full citizen of the federation.

"The economic citizenship program in real estate here kept the market very buoyant," explains Ms. Delay. "Hence that is why St. Kitts has continued to develop and continued to progress, whereas some of the islands have really struggled."

For retirees with an ultra-high-net worth, the economic citizenship program has some eye-catching benefits, especially when it comes to tax efficiencies. There is no personal income tax, capital gains tax, inheritance tax, nor gift tax in St. Kitts-Nevis.

But while the government and tourism organizations promote the luscious land where the Atlantic Ocean meets the Caribbean Sea, the locals remain untainted, Ms. Delay says.

This gives the island a real charm, which might be unique for retirees who are used to commercial sunny spots such as Florida, California or Arizona.

"It's what a lot of people are looking for," says Ms. Delay. "Especially if they are, in essence, looking to escape where they are coming from."

The writer was a guest of the St. Kitts Tourism Authority. It did not preview or approve this story. 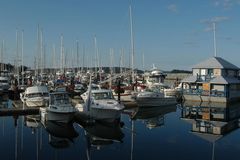 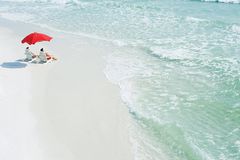 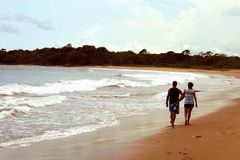