The idea for what would eventually become the Zoomer "mission" first came to me the night in 1984 when I launched MuchMusic out of CITY-TV. The debut of a youth-oriented music-video channel might seem like a counterintuitive inspiration for a seniors initiative, but watching the service go to air that night, a question popped into my head: Can you still run a rock 'n' roll machine when you're 60?

That night was the first time it occurred to me that the people who largely made up my television audience were aging, together with the people making these media products for them – as such, we were all headed toward the realm of afterthought and irrelevance.

Why? Because society almost uniformly considered aging a bad thing, a blanket negative. There were whispers cropping up about the aging of Canada, of the planet, "the grey tsunami," and all were whispers of doom.

That struck me as weird. After all, on the simplest level, aging was a matter of living longer, something with which all of human history has been obsessed. Why try to extend something that was so odious, I thought. Couldn't aging be a good thing? Did it make sense that the relevance and force of the people I was speaking to in 1984 should suddenly expire at age 50 or 55?

Of course not. Our demarcated Zoomer demographic includes people 45 years old and up. In Canada, this group includes 15.3 million people, about 44 per cent of the country's total population, who happen to control a remarkable 78 per cent of the wealth and account for 57 per cent of all consumer spending.

Zoomers account for almost 50 per cent of household incomes of $200,000 or more, they buy more new cars (56 per cent) than any other age group, they take more trips both inside and outside Canada, they purchase more electronic devices, and they contribute more to charities and the arts than any other demographic. Zoomers vote the most often in elections at all levels, and pay the most taxes.

Now, I'm not for a second forgetting that there is a significant segment of our gang that struggles to make ends meet. But, on average, today's Zoomers are far more likely to be dispensing financial help to others (often younger family members) than to be receiving help themselves.

These facts alone should be enough to puncture the image of aging Canadians as complacent retirees, content to collect pension cheques and drive up health costs while the rest of society works to pay for it all. The reality is that in Canada, a new job that's just been created is now more likely to be filled by someone 60-plus than by someone from any other age category.

How are older workers able to pull off the apparent miracle of finding jobs in a climate that's hostile to older workers? Not, note, by that disproved cliché of stealing employment from young people. They often do it by creating these jobs themselves.

A 2012 CIBC study found that of the half-million Canadians involved in new startup businesses and new entrepreneurial ventures, "by far the fastest-growing segment" was the 50-plus age group. CIBC's World Markets has predicted that 50 per cent of these entrepreneurs will still be in business in the year 2018. We start up new stuff because we can't imagine not putting our experience and drive and strengths toward something. The Silicon Valley myth that all 21st-century innovators are still wet behind the ears is just that: a myth.

CARP, the seniors' advocacy association of which I am president and chairman, fought successfully to abolish mandatory retirement. By getting legislation repealed across Canada, we helped ensure that older workers keep "the right to work." Now, we have to make sure they're not squeezed out by other means and that they can keep their jobs or get new ones if they still need or want them.

Not only is the disinclination of some Zoomers to stop working not a threat to the economy, it may be one of the things that can save it. The reasons are obvious: It increases the productivity and wealth of society at large and eases the pressure on social security and pension plans.

My attitude to retirement today happens to be diametrically opposed to the view that was held when I was growing up. Retirement back then was seen as a kind of vague, blue time and place where nothing much happened. Well, far from heaven, that's my idea of hell.

In the end, the problem may be the label. In 2007, SmartMoney magazine ran a contest looking for a word to replace retirement. The prize was a $100,000 retirement annuity. The submissions were remarkably revealing about people's true feelings vis-à-vis the end of their labouring lives: "poorification," "pasture," "indefinite leave," "unwork."

My own candidate is "rehirement." I've rehired myself many times. The greatest gift is the opportunity to continue to make a (significant) contribution at a time in life when we're expected to see ourselves as a evolutionary fifth wheels.

If this sounds academic, I can only say that in this case, I definitely walk the talk. At 65 – when one long chapter of my working life ended exactly at the age when you're supposed to "hang up your cleats" – I started all over again, launching ZoomerMedia pretty much from scratch, and now run a multimedia company that includes television, print, digital properties, trade shows, conferences and radio stations, uniquely devoted to serving the Zoomer demographic – one of which, oh yeah, still plays rock 'n' roll.

Moses Znaimer is founder of ZoomerMedia and president of CARP – A New Vision of Aging for Canada. 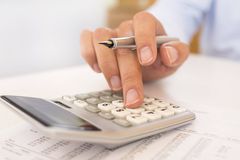 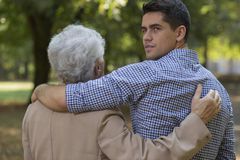