The big lie of retirement is that it's our great reward after a lifetime of toil.

Real retirements are a make-shift, make-do time of life for many people, not a slice of paradise. There's no shame in this, but there is a conflict with the images of leisure and luxury that we've drawn from the financial industry's retirement hype. Your retirement full of compromises isn't disappointing; it's normal.

The latest annual edition of the Future of Retirement study by HSBC offers quite a good picture of what the real retirement looks like. If anything, it resembles our lives while in the work force.

In fact, this global study suggests the word retirement itself is becoming outdated as a result of our inability or unwillingness to fully detach from work. In interviewing 1,046 Canadians, it found that 17 per cent of people expect they will never be able to afford to fully retire. Of those who were divorced or separated, 24 per cent said they didn't think they'd ever retire. That's a key addendum to the "grey divorce" trend, where a growing number of people are ending their marriages in their later 50s and beyond.

The idea of moving gradually into retirement is clearly getting some traction. Among people aged 55 to 64, just over half said they expected to work part time after retirement, or were already doing so. Nearly half of the people in this group said their reason for working past retirement was to keep active physically and mentally. One-third said it was for financial reasons.

The report shows working people are showing some degree of pragmatism by saying they will able to retire at age 63, which compares to an average retirement age of 61 for their main earning parent. But even here, there may well be some wishful thinking on retirement readiness.

As you might expect, 72 per cent of retirees in the study reported a drop in income after leaving the work force. With a corresponding drop in spending, that may not be an issue. But the HSBC study also found that 41 per cent of retirees were spending at levels that were the same or greater than before.

About 40 per cent of retirees in the study believed they did not prepare enough for retirement, and about 40 per cent of this subset didn't realize this until they left the work force. What prevented them from saving more? The two top answers, at 35 per cent each, were a lack of retirement planning and having outstanding debt.

The link between debt in our working years and the adequacy of our retirement savings needs to be watched closely. With households carrying record levels of debt in relation to income, you have to wonder how people can afford to save properly for the future. Expect even more conflict between debt repayment and saving when the home buyers of the past few years renew their mortgages at higher rates.

But let's not overdramatize the study's findings. They suggest that 54 per cent of today's retirees believe their preparations for retirement have turned out to be at least adequate, and that many are realizing their aspirations to spend more time with friends and family, and to fix up their homes. Thirty-one per cent said they weren't able to travel as extensively as they hoped, but 30 per cent said they were.

Our national poverty stats suggest that even those who didn't save as much they hoped are getting by. Data from the Conference Board of Canada show that, while poverty rates for children and working people in Canada are significant compared with other industrialized countries, the rate among seniors is low, at 6.7 per cent. That's a result of a concerted effort to reduce the high level of poverty among seniors that was seen three or more decades ago.

Still, the HSBC study does tell us that a lot of people are battling with money in retirement, just as they did when they were working people with a mortgage and kids to raise. They're living on less than they hoped or expected, and they're scaling back on some of their more grandiose plans.

The old image of retirement as a time of gracious living without money worries applies to some, but not all. Two words of advice for anyone dismayed about this: Save more. 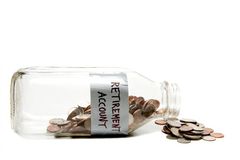 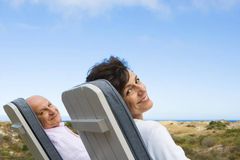 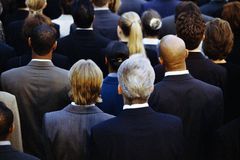 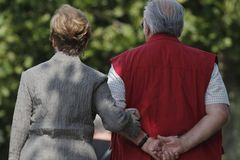 Is there really no alternative to raising the retirement age?
Subscriber content
August 8, 2013 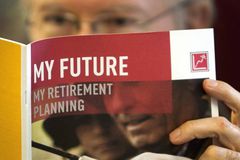