You would have to have been living under a rock if you haven't heard of registered retirement savings plans (RRSPs). But then, financially speaking, many people do live under rocks.

Many people equate RRSPs to–drum roll, please!–retirement planning. They've been around for a long time (since 1957) and, until recently, have been the de facto method of saving for retirement, besides, or in addition to, pension plans.

Things got much more complicated when tax-free savings accounts (TFSAs) were introduced. Many people are now opting to save into a TFSA instead of an RRSP for their retirement. Others are using a mix of both. These two tax-sheltered accounts are similar, but there are nuanced differences between them. Let's start by looking at RRSPs.

Many people think that they buy RRSPs every year–that the RRSP is the investment. No. Think of an RRSP as an account. You can hold a wide variety of investments inside this account. An RRSP can be set up as a high-interest savings account or a guaranteed investment certificate. It can hold stocks, bonds, and mutual funds, or it can hold a combination of these different options.

The reason many Canadians save into an RRSP is because they are tempted by the dangling carrot of a tax refund. You know that if you earn $100, part of that goes to the government in the form of income tax. But, up to certain limits, money put into your RRSP isn't subject to income tax. Now, what normally happens is that you get paid, and taxes are taken out of your pay at source, before you have access to your money. Let's say you made $50,000 before tax. You might pay $10,000 in income tax, which is taken off your paycheque. But if you put $1,000 into an RRSP account over the year, in the eyes of the government, you only have to pay the income tax owed by someone who earned $49,000. Since you paid the tax a $50,000-earner was supposed to pay, but are only supposed to have paid the tax a $49,000-earner was supposed to pay, you get back the difference at tax time.

Sounds great, right? Well, not so fast. Eventually, the piper has to get paid. The trade-off is that when you take money out of your RRSP account in the future, it gets treated as salaried income, meaning it is subject to tax. So an RRSP is a giant tax-deferral mechanism. While you are deferring income tax, you hope to grow your savings by investing it as you (or your advisor) sees fit.

Another benefit of an RRSP is that many Canadians will be in a lower tax bracket in retirement than they were in their working years. That means you save paying tax at a higher rate when contributing to an RRSP and end up owing tax at a lower rate when taking it back out. For these basic reasons, coupled with the length of time that the RRSP program has been around, it's a very popular savings (and investing) option for Canadians.

A few years ago, the government introduced the tax-free savings account (TFSA). The account was originally designed as a short– to medium-term savings plan, but due to its structure, has become a very popular retirement savings vehicle as well. Let's look at how it works.

It's almost exactly the same as an RRSP–with this big difference: you don't get any tax savings upfront, and you don't have to pay any tax down the road when you take funds out. So what's all the hoopla about? Well, to a certain extent, there's just a lot of hair-splitting going on. Everybody's financial situation is different. To make a long story short, there are so many variables at play in determining which plan or account is better for you that there is no clear winner.

At least not in a way that can be recommended for everyone. Just Google "RRSP versus TFSA" and you'll see there is no straight answer.

So here is what you need to know if you are just starting out. If you use an advisor, do what he or she says. If you aren't using an advisor, use the TFSA first. Don't over-think it. The differences are too close to call and all the variables that affect the calculations are constantly changing. The RRSP versus TFSA analysis is an A+ discussion. The easy A is just having a long-term savings account. Focus on having savings for the long term and you're beating the majority of Canadians out there.

One place to look for a great analysis of the RRSP– versus-TFSA debate is in The Wealthy Barber Returns by David Chilton. His first book, The Wealthy Barber, is one of the most famous books in Canada. Not just for personal finance, but for any type of book, period. His latest effort offers up a number of valuable financial lessons on a variety of topics and is definitely on my recommended list. 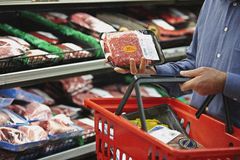 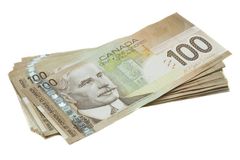 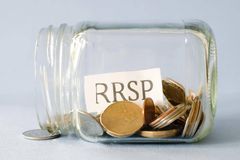